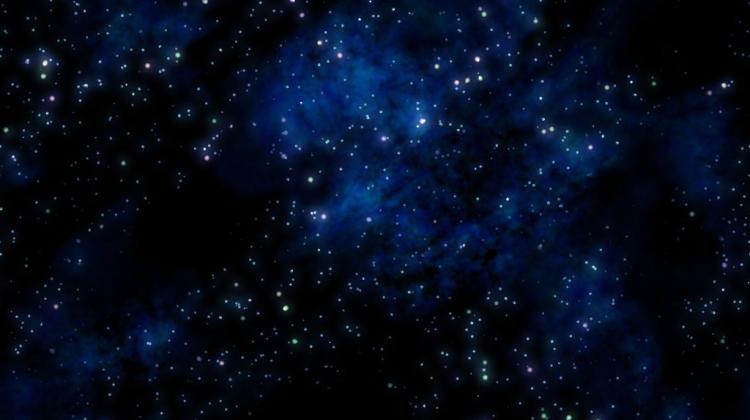 Can the distance of billions of billions of kilometres be measured with 2 percent accuracy, known from daily practice? Astronomers have methods to do that. Prof. Grzegorz Pietrzyński spoke in an interview with PAP on how to accurately determine the rate of expansion of the Universe.

His team measured the distances to many nearby galaxies with unprecedented accuracy. This is the first, most important step in measuring the universe.

EXPANDING UNIVERSE AND THE MYSTERY OF DARK ENERGY

"One of the most important discoveries in astronomy was the expansion of the Universe observed by Edwin Hubble. This discovery led to the rejection of the static model of the universe and completely changed our worldview. We are part of the Universe, so we need to understand it in order to better understand the role of our civilization, and to answer the eternal questions: are we alone in the Universe, is space travel possible, what is our civilization, what is its role, what will be our future" - said Prof. Pietrzyński.

Another revolution was the discovery that the expansion of the universe was not constant, but had to change. Otherwise we would not be able to explain why galaxies and all objects in space formed. It has been discovered recently that the rate of expansion has recently significantly accelerated. Three astronomers received the Nobel Prize for this discovery in 2011. Why did the Universe accelerate? Astronomers expect to find the explanation in the nature of dark energy, which accounts for 3/4 of the mass of the Universe. But what dark energy really is, remains a mystery.

To investigate the nature of dark matter and understand the evolution of the Universe, it is necessary to know the exact value of the so-called Hubble parameter. To determine it, measurements to very distant objects must be performed.

Paradoxically, the distance to the most distant galaxies can be measured with high accuracy. Supernovae are perfect for this. However, to be able to use them to measure the Universe, scientists must know the energy the they emit. To do this, they measure the distance to a number of supernovae using another method - so they determine their brightness. For this, astronomers use Cepheids, pulsating stars that over a hundred years have been used to measure distance "on medium distances".

"By using Cepheids we can reach the supernovae, determine their energy and brightness. To do this, we must calibrate the Cepheids. This step is the greatest contributor to the error in determining the expansion rate of the Universe" - emphasized the professor.

"The aim of our project is to calibrate the Cepheids as accurately as possible. We want to skip the small steps, and use simple geometric methods to jump straight to the nearest galaxies" - he explained.

The professor\'s team creates two "rulers", allowing for very precise measurement of the distance to nearby galaxies, which contain Cepheids. They should allow to calibrate the brightness of Cepheids, and then - to use them to accurately measure distances to galaxies in which the supernovae have been observed. As a result, in three simple steps they will determine the value of the Hubble parameter that will directly show how fast the universe is expanding.

In 2013, Prof. Pietrzyński\'s team used the "ruler" using double stars to measure the distance to the nearest galaxy, the Large Magellanic Cloud, with a record 2 percent accuracy.

"The second method involves the use of pulsating stars. In both cases we are able to measure both the linear and angular size of studied objects. Then, dividing one by the other, we obtain the distance. These are the most accurate geometric methods imaginable. In this approach, we do not need all the intermediate steps, we immediately jump to the nearest galaxies; there we have Cepheids, then supernovae - and the problem is solved" - said the scientist.

Calculations are made on the basis of observations carried out in Chile, Hawaii, the Canary Islands and in South Africa. The core team is the Polish group, created with the support of the TEAM programme of the Foundation for Polish Science. The international project involves a total of 17 scientists - from Poland (approx. 10), Chile, Japan, France, Germany and the US.

Grzegorz Pietrzyński received nearly 2.4 million euros for his research from the budget of the ERC Advanced Grant program. This is the fourth such a prestigious grant awarded to a Polish scientist, and second awarded to an astronomer. Prof. Pietrzyński worked at Astronomical Observatory of the University of Warsaw, but the project funded by the ERC will be carried out in the Nicolaus Copernicus Astronomical Center of the Polish Academy of Sciences, where he recently started to work.