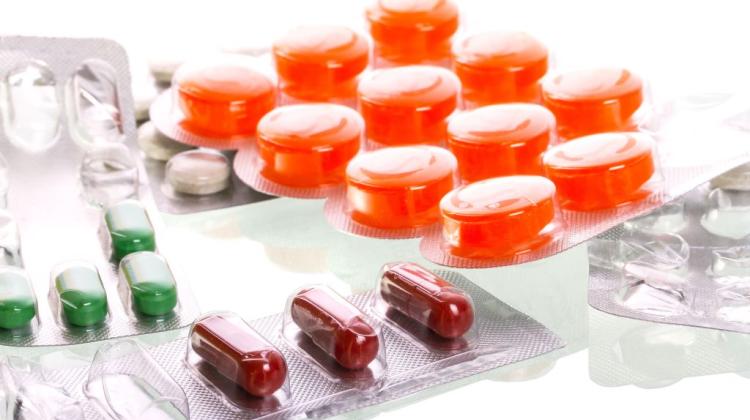 Administration of several drugs at the same time and their controlled release will be possible with the material with novel chemical structure, prepared by Dr. Agnieszka Piegat. Thanks to the innovative material, the patient’s body will better absorb administered drugs.

To produce new materials for the controlled release of drugs, De. Agnieszka Piegat from the West Pomeranian University of Technology in Szczecin received nearly 1.2 million zlotys funding from the Leader programme of the National Centre for Research and Development.

"They will be polymeric materials with completely new chemical structures that will bind with the medication. I can not reveal too many details due to planned patent application. I can say that they certainly will be new systems - previously unknown - hence the innovative nature of this project" - explained the researcher from the West Pomeranian University of Technology in Szczecin.

Under normal hospital conditions - she explained - the patient takes at least two antibiotics for at least two weeks. "Controlled drug release systems are currently in products such as next-generation insulin and hormonal implants. As for the cancer, mixtures of drugs in injections are already available, but they are still mixtures of drugs. They are not forms with advanced structures" - Dr. Piegat told PAP.

The main advantage of the materials prepared in the project is that they will be suitable for combination therapy, in which at least two or three drugs are administered. "We will be able to +enclose+ in them several medications at once, which will greatly improve the comfort of patients in therapies that require the use of more than one drug at the same time" - Dr. Piegat told PAP. "My working assumption is that drugs will be administered orally in the form of a suspension. Applied in this manner - as very small particles - they will not only be more acceptable, easier to use, but also better absorbed by the body" - explained the study author.

According to the assumptions of the project, the drugs will be released under certain stimuli - sent by the body itself - such as changing pH in the stomach. This means that they will act topically. "While working on the project we will simulate the conditions, for example, in the stomach and thus examine the usefulness and effectiveness of the new systems" - said Dr. Piegat.

For the project, scientists use a model adopted therapy combating the bacteria that cause stomach ulcers, because it involves using at least two antibiotics and additional drugs from the group of proton pump inhibitors. "You can think about using these materials in cancer therapies, where a combination of several drugs is very often used" - noted the researcher in an interview with PAP.

The project will be carried out by an interdisciplinary team, which will include chemists, a biologist - conducting research on animals and cells found in the stomach, a microbiologist - working with the bacteria that cause stomach ulcers. The first results of the project may be available in about six months. "Then we can say that we are on the right track to obtaining new materials. Later on application research - hopefully - will confirm the correctness of our ideas" - plans Dr. Piegat.