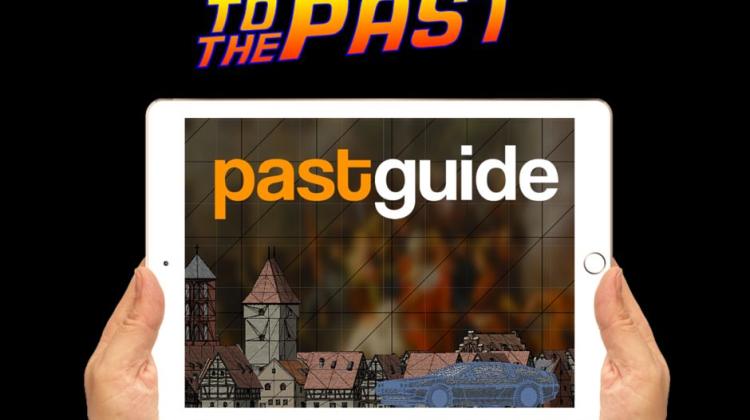 Awards were presented to the winners of the Polish edition of Galileo Masters, a competition of projects in the field of satellite navigation. The winner was the project "Pastguide" from Pixel Legend - an application that "animates" monuments of the past.

European Satellite Navigation Competition (ESNC), commonly known as Galileo Masters, is considered the most important competition for people interested in satellite technology who think about the activities in the space sector.

The awards ceremony of the Polish edition of Galileo Masters was held in early December in Gdańsk Science and Technology Park. The ceremony was accompanied by a debate about the development of space technologies in Poland, Europe and China with the participation of Vice-President of the Polish Space Agency, Prof. Marek Moszyński. It was attended by representatives of the Chinese and German institutions associated with satellite navigation.

According to the organizers of the competition, this year the Polish edition of the competition received 64 ideas for applications, devices and technologies using satellite navigation. This is the highest number of ideas recorded in the regional editions of the competition in the world. "It is a huge success for Poland and important evidence of the huge potential of Polish students, researchers and entrepreneurs" - emphasised in the release sent to PAP Blue Dot Solutions, the organizer of the Polish edition of Galileo Masters.

First place in the Polish edition of Galileo Masters competition went the project "Pastguide" from Szczecin\'s Pixel Legend. It is an application that locates the user, and then displays a fully three-dimensional scenery of historic site. This 3D reconstruction allows to take a walk among the people of another era, to find out how the visited place changed.

"Pastguide" can be used as a virtual guide to historic sites such as the historic centres of cities and famous buildings. The advantage of the application is the ability to not only recreate the original architecture, but also overlap historical reality and figures that recreate the appearance of places and events from the past. This may be an interesting idea for education, but also expanding the tourist offer of European cities. Work is underway on a version of the program for architects.

In second place was a navigation project created by Stanisław Rzewuski and Marek Pachwicewicz. According to the developers, it would act as a security system and a black box recording flight data of skydivers, paragliders, and other lightweight flying objects. After implementation, the device should prevent at least parts of accidents involving these groups.

Third place on the podium went to Szymon Moliński, Anna Molińska, Łukasz Ratajczak and their project "Insect Alert". It is an application that alerts users about entering an area of dangerous insects - carriers of serious diseases, ranging fronm Lyme disease transmitted by ticks to malaria or West Nile fever. The project envisages launching a website with a database and a warning system to be installed on Android systems. At the end of 2015 years the project received a positive recommendation for funding from the European Commission.

The competition honoured three other projects. The first of them - "ICEBridge" was in the finals of the German Ministry of Transport and Digital Infrastructure special award. The "ICEBridge" is a socio-economic support initiative for medical emergency services that stimulates the active involvement of citizens of a city or region in the voluntary provision of first aid to victims of accidents or other incidents threatening their lives.

The second honoured project: "Mobile Underwater Positioning System" (MUPS) received the special award from the German Space Agency DLR. The idea was created by researchers at the University of Warmia and Mazury in Olsztyn. MUPS proposes retransmission of radio signals from navigation satellites into a modulated tone that would allow for location under water.

During the event in Gdańsk, an agreement was also concluded for the launch in Gdańsk of Poland\'s first space accelerator (space3.ac). The purpose of the accelerator is to support outstanding projects using satellite data.

The organizer of the Polish edition of Galileo Master is the company Blue Dot Solutions, backed by Black Pearls VC fund. Honorary patrons were the Ministry of Economy, Ministry of Administration and Digitization and Polish Space Industry Association. The list of partners and sponsors of the project can be found at: http://galileo-masters.pl/2015/partnerzy/