The many faces of drone 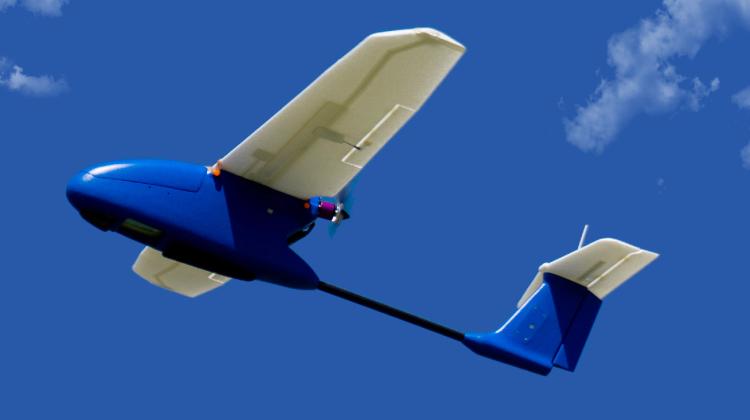 They measure the level of vegetation, check whether diseases spread in the forest, determine the condition of electrical wires and even help search for people lost in the mountains. These are some of the possible uses of drones equipped with FENIX2 system, prepared by Rzeszów University of Technology graduates.

The use of drones, modern unmanned flying systems, is the focus of aviation engineers and aircraft pilots from the FlyTech UAV team. The company\'s founders are Rzeszów University of Technology graduates in Aeronautics and Space Technology. They have created and are now developing the unmanned photogrammetric system FENIX. It is a multi-purpose tool for collecting high resolution images from the air, on the basis of which, for example, surveyors will be able to carry out specialized studies and very accurate measurements.

The system fills the niche between time-consuming ground measurements and costly aerial photos taken from manned aircrafts. "The device offers the possibilities of typical manned aircrafts but it is much smaller, cheaper and simpler to use than manned airplane. One of the many advantages of our systems is the possibility of configuration depending on the application. This allows to change the on-board sensors and adapt the aircraft for specific tasks" - told PAP Eng. Michał Wojas to the FlyTech.

The basic version of the FlyTech team drone equipment is a visible light camera for taking photographs. Such photographs can be used to create 3D models or maps of terrain based on being processed aerial photographs, but also ordinary topographical maps. "The drone can also be fitted with a multispectral camera that can capture images in a particular colour of light. This allows to create a quality indicator of vegetation on agricultural land. Vegetation maps are often used by farmers who want to verify the quality of their crops. Maps will show them the places where they have to add more fertilizer to get better yields" - Wojas explained.

The photographs can also be used to examine the quality of the tree stand. "State Forests uses such services to examine the condition of trees. On these maps you can see clearly whether a disease spreads in the forest" - explained Michał Wojas.

Another sensor is a thermal imaging camera, which is mounted vertically facing down. On the basis of its indications, engineers can detect, for example, a gas leak underground. They can also find out where exactly a mine heap is burning. "In Silesia there are a lot of such mining site coal dumps, which very often catch fire. The stones inside the heap often rub against each other, giving off heat. As a result, such heap can be ignited under the ground. Although it does not show on the outside, the fire is very dangerous. A person walking on such heap can just fall inside. That\'s why owners of such heaps are required to extinguish this type of fires and take care of the heaps to prevent dangerous situations. Appropriate tests are ordered by the Central Mining Institute. Based on photos taken by drone we can prepare thermal maps and indicate where the heap should be dug up to put out the fire" - noted the engineer.

For over a year Rzeszów University of Technology graduates have been working with the Mountain Volunteer Search and Rescue, taking part in search operations. "We have participated at several such operations, including one abroad. We went to Croatia to search for a Polish tourist lost in the mountains" - explained Wojas.

While taking pictures, FENIX system can immediately enter the coordinates of the location of the sought person. It may also give the rescuers directions to this location. "When working with the Mountain Volunteer Search and Rescue we do not implement a single system, but select the appropriate technology for the conditions and try to create consistent rules of operation. Although the drone technology is already well developed, there are no adequate procedures to ensure their skilful use. We create these procedures from scratch so that drones can be used in search and rescue on a wider scale" - he described.

Drone flight over an area of one square kilometre takes about an hour. More time is needed for data processing, which can sometimes take several days. "The more accurate map positioning in space, the longer the image processing takes, because the computer has to process more data" - described Eng. Wojas.

FlyTech UAV’s idea is being commercialised by the INFINI fund - one of several seed capital funds that commercialise results of research projects in the early stages of development.