Sociologist: For many teenagers shopping malls are the modern day yards 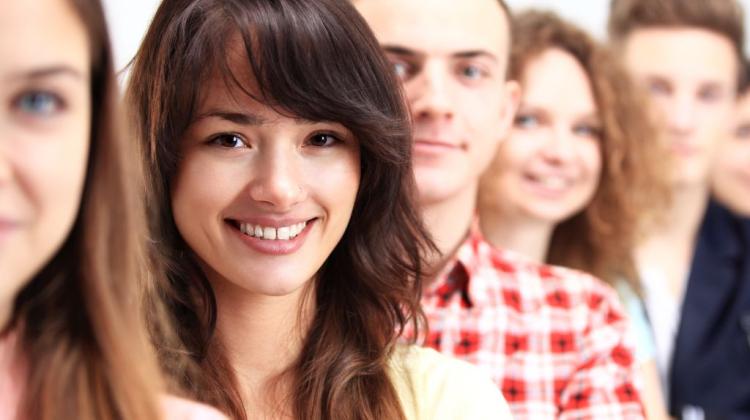 Is hanging out in shopping malls a waste of time for teenagers? Not necessary. Young people need to spend time in a peer group, and today they more often do it in shopping malls, and not, as it once was, in the yard. "The problem is not +doing nothing+, but its commercial shell" - said Dr. Marta Smagacz-Poziemska from the Institute of Sociology of the Jagiellonian University.

The fruits of this field research is the recently published book by Dr. Smagacz-Poziemska, which has just been released in bookstores "Czy miasto jest niepotrzebne? (Nowe) przestrzenie życiowe młodych mieszkańców miasta" ("Is the city unnecessary? [New] living spaces of young people in the city").

The study disproved the myth that almost all teenagers are eager to spend time in the commercial areas. "It is not true. 8 percent of secondary school students surveyed in Kraków schools declares going to a mall every day or several times a week, in Katowice - 16 percent. We should not exaggerate so the scale of the phenomenon, but it should not be underestimated either" - said Dr. Smagacz-Poziemska. She explained that if a city lacks public space, in a few years a shopping mall may take over the social function of the city centre.

According to the author, in Poland the presence of youth groups in shopping malls is very often perceived as a source of pathologies: crime or prostitution. This view is reflected in the media and popular movies, such as a hot from a few years ago, "Galerianki" ("Mall Girls").

Meanwhile - the researcher argues in her book - while these pathological phenomena do exist, they are marginal. For most teenagers galleries are important for different reasons.

"Gathering of young people in shopping malls looks as \'doing nothing\' for an outside observer. But for young people is a way of being together, or - to put it sociologically - part of building group identity. In this function, commercial centres have replaced yards and streets" - noted Dr Smagacz-Poziemska.

Surveys conducted in Katowice and Kraków also show that the group with most presence in shopping malls are secondary school students from a broader middle class. Much less common are young people coming from the wealthiest families, and almost non-represented - young people from poor families (they declare that they typically spend free time in the area in which they live).

"We can assume - although we did not ask about it directly in the questionnaires - that teens from families with low financial status avoid these \'temples of consumption\' due to not having even small change. For some, the reason avoiding the malls may be a higher level of social control and the need to limit their spontaneous behaviour"- noted the researcher.

Studies in Katowice and Kraków also indicate that secondary school students - contrary to what may seem - have a strong need for an active leisure. "When interviewers asked them how they would prefer to spend their free time, the responses were usually in the playing field, in the park or in the woods, cycling and rollerblading, walking. Young people very often added that it is important for them to do that with friends" - the researcher explained. These needs are difficult to satisfy when, for example, there are no green areas in the neighbourhood, and the parents, fearing for the safety of their children, sometimes forbid "roaming around".

Sociologists also draw attention to the fact that frequent presence of young people in this kind of large stores has its dark side. "Even if they do not buy anything, teens often play the role of customers to justify their presence in this place. It shapes their consumer attitudes toward reality. Leisure activities in the mall are also related to the knowledge of the city. High school students surveyed in Kraków generally have better orientation in the urban space and their neighbourhood from their peers surveyed in shopping malls" - said Dr. Smagacz-Poziemska.

What practical conclusions can be drawn from this study? "Many young people have already adapted to shopping malls, and fighting against this way of spending leisure time stigmatising shopping malls as \'causes\' of this situation is ineffective. Solutions must be adjusted to local conditions" - emphasised the sociologist.

In her opinion, in the places where there are large groups of young people - such as the Silesia City Center shopping mall in Katowice - the model developed in Krakow by the association Siemacha could be implemented. "In selected shopping malls, the association created ‘spots’, types of clubs offering sports, artistic activities and interesting events in the city" - explained Dr. Smagacz-Poziemska.

Research in Kraków and Katowice carried out in 2012-2014 was financed by the National Science Centre.