The genes of our ancestors from the Bronze Age without secrets 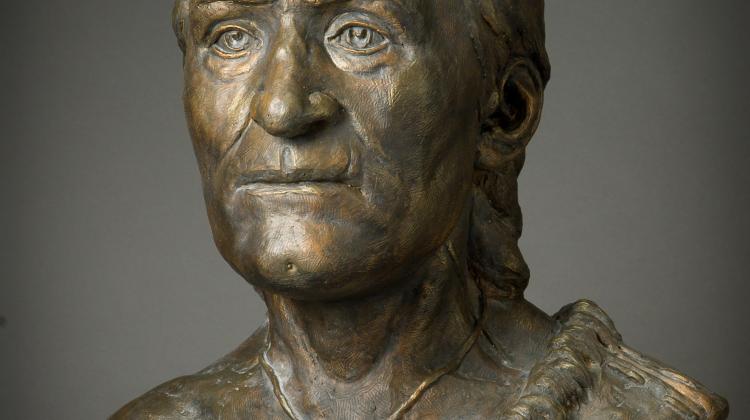 Genetic studies on an unprecedented scale have been carried out on the remains of more than 100 people who lived in Eurasia 3-5 thousand years ago. Transformations, which took place during that period, ultimately led to the creation of the current "genetic landscape" of Eurasia.

The study results were published last Wednesday in the prestigious journal "Nature". Polish scientists were involved in the study.

"Our colleagues from the Center for GeoGenetics at the University of Copenhagen (Denmark) successfully sequenced the genomes of 101 individuals from the late Neolithic, Bronze and Iron Age. The results are remarkable when you realize that their source are the remains of people from thousands of years ago, whose bones, but also the DNA is often very badly damaged "- commented for PAP one of the co-authors of the study, Dr. Mirosław Furmanek from the Institute of Archaeology of the University of Wroclaw. Another co-author, Dr. Paweł Dąbrowski from Wroclaw Medical University, told PAP that the study shows not only the background of genetic, phenotypic changes, but also cultural changes in ancient human populations living inn the Polish, Hungarian lowlands, Ukrainian steppes to the Pontic–Caspian steppes, the Caucasus and Altai.

Dr. Furmanek admitted that the scientists were surprised, for example, by the low occurrence of the gene responsible for lactose tolerance in the studied genomes. It turned out that in the Bronze Age only 10 percent Europeans consumed milk. The research also showed what the people living in Eurasia during the Bronze Age looked like. Dark pigmentation of the iris (next to the Mesolithic pale colour) and light skin began to appear in the populations. During those 5 thousand years, however, the appearance of people had not changed significantly. "Most likely, we would not be able to distinguish between such representative of a Bronze Age population and other contemporary Europeans" - said Dr. Furmanek.

"However, if it were a fair-haired, blue-eyed beauty with a strong physique or a swarthy, tall brunette - both wearing temple rings and bracelets made of bronze, these ladies would certainly attract attention" - joked Dr. Dąbrowski.

Dr. Paweł Dąbrowski also stated: "Earlier - Mesolithic - population (still carrying a >>large shot<< of the Neanderthal genome) was less sickly and an average of a few centimetres higher compared to the farmers and artisans from the Bronze Age. Their skeletons often show signs of malnutrition, anaemia". He explained that it was associated with the change of lifestyle. He admitted, however, that for example caries was less common than it is today in the European population.

Pawel Dabrowski explained that the changes that occurred in the population can be studied at the macroscopic level - for example by tracking the skeletal traits (sexual dimorphism, the effects of muscle stress), changes in height, skulls parameter, the nature of enamel damage, effects of lack of teeth hygiene etc., and at the molecular level - by assessing the polymorphism of short nucleotide sequences in the nuclear and mitochondrial material.

"Based on the previous genetic studies we know that three large migrations had a decisive influence on the formation of the genetic structure of modern Europe" - described Mirosław Furmanek. He explained that the first migration was associated with communities of hunter-gatherers that appeared in our area approx. 45-36 thousand years ago, the second was connected with the communities of the first farmers who appeared here 8-7 thousand years ago. Relatively little had been known about the third of the big migrations. "The paper concerns precisely this migration and shows that it was connected with the emergence of steppe population groups of the Yamma culture. It completely changed the image of Central Europe. With this population brought new cultural, social and economic patterns. These data may also indicate that the spread of this population caused the Indo-Europeization process, namely the emergence of Indo-European languages, but also new ways of living and perceiving the world, associated with the new system of myths" - said the researcher.

Summing up the significance of these studies, Dr. Dąbrowski noted: "When you drive through the streets of the city, a country road or highway, is good to know that the wheel, sleigh, harness, saddle - were Nobel Prize-level inventions in the Bronze Age. The wealth of plastics, metals, which we use today does not surprise anyone. But in the Bronze Age tools, weapons and ornaments were defined by the ability to obtain copper and tin alloys. Today, cheese, cream, ice cream or even coffee milk are easily available in stores. But only a few thousand years ago in the area of today\'s Lower Silesia, consumption of non-human milk was not so obvious due to the low occurrence of a mutation of the gene responsible for the expression of information about lactase (enzyme which allows to consume cow or goat milk). Without realising it, we carry on a legacy of that era. It is worth remembering where we came from and who built the Eurasian identity".

In the international research project, Poles provided, among others, bone materials with their initial analysis and evaluation of chronology. They also took part in the work on the interpretation of research results. The materials from Poland were associated with the Únětice culture sites in Silesia and Wielkopolska.

The publication is based on data obtained from the genomes, recreated based on human remains from archaeological sites, among others, in Chociwel, Przecławice, Wojkowice, Szczepankowice (princely tomb), Łęki Małe (princely tomb) and Obłaczkowo (Corded Ware culture tomb).