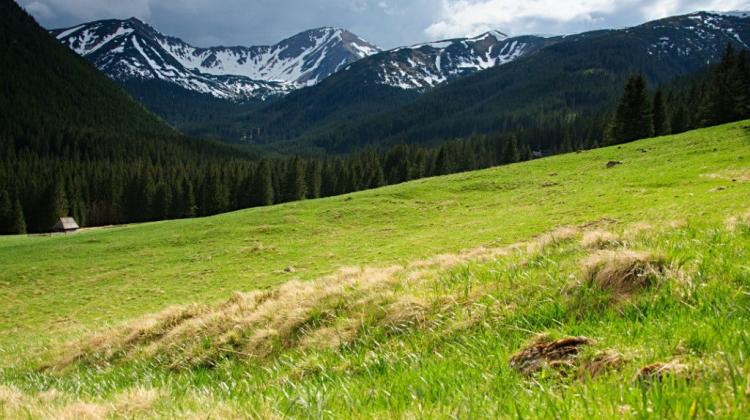 Brown bear Iwo needed just one week to travel through Slovakia and reach Hungary. Information about the journey of one of the bears monitored by the GLOBE project has been provided to PAP by Dr. Nuria Selva from the Institute of Nature Conservation PAS in Kraków.

The five-year male Iwo was caught in the Tatra National Park last year. Employees of the park and scientists from the Institute of Nature Conservation Academy of Sciences equipped him with a GPS collar, which sends messages with information about the animal’s location.

"Thus obtained information helps to learn more about bears wandering, the way they use the environment, their needs concerning obtaining food or sites suitable for winter sleep. Such data allow to better understand and protect these rare predators. Iwo’s collar is programmed to unclamp and fall of his neck in one year. Until then, the battery will ensure its smooth operation. Thanks to this device we know that Iwo is a seasoned traveller" - emphasised Dr. Selva.

A year ago, in the spring Iwo made a tour around Liptov Valley in Slovakia, wandering a distance of over a hundred kilometres. Also in the past year he made truly mountaineering hikes, passing three times over the main ridge in a place where it is 2200-2400 m above sea level. He also climbed the walls of Kiezmarski Szczyt and Lomnica.

Two weeks ago Iwo set off on another journey that began in the region of Poprad. This time he walked 120 km to the south, and on May 3 arrived in Hungary. According to the expert from the Institute of Nature Conservation PAS, such hikes are completely natural for bears. Young males at the time of dispersion may wander over long distances; females are more sedentary.

Iwo’s feat consisted not only in the fact that - like the bears from Canada or Scandinavia - he wandered in the areas new for him, where he had to search for food. He also crossed populated areas and a number of artificial barriers - noted Dr. Selva. During the journey Iwo passed through railway lines and busy roads, of which there are many in Central Europe. The most dangerous of them, Slovak D1 motorway, he crossed using a wide passage for animals over the motorway.

In Hungary, there is no permanent population of these animals, but bears, including females, are sometimes spotted in the north of the country. The cause of Iwo’s journey may be searching for a partner. "Bears are now in the rut. The reason for his spring journey last year could be the same" - she explained.

The scientists hope that the journey will end happily for Iwo. In Hungary bears are protected, but there were reports of poaching in recent years in the region, in which Iwo was. Whether Iwo stays in Hungary or returns to the Tatras, remains an open question.

The study involving Iwo is conducted by the Tatra National Park and the Institute of Nature Conservation PAS as part of the GLOBE project in cooperation with the Scandinavian bears research group. The objective of the GLOBE project is to explain how the consequences of climate change and human activities affect the brown bear ecology. The project is funded under the Polish-Norwegian Research Cooperation.