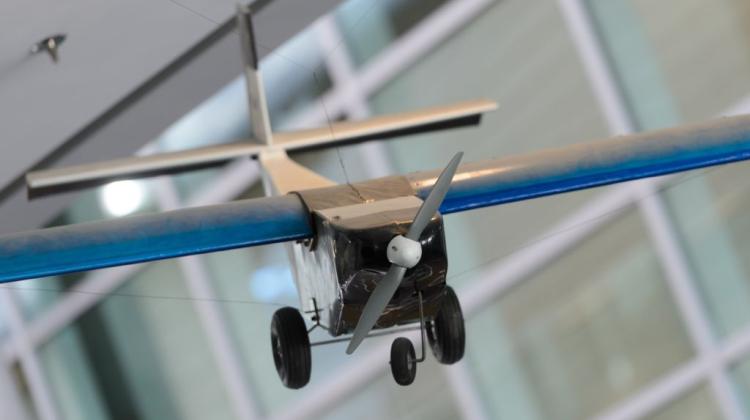 Poznan University of Technology students will take part in the international competition SAE Aero Design West in California (USA). Aircraft models that technical universities from around the world are preparing for the event will be judged, among others, by representatives of NASA and Boeing.

The three-day event will begin on April 24 in Los Angeles. The competition is held in cooperation with the US space agency NASA and aviation companies: Boeing, Airbus and Lockheed Martin. The aim is to build a heavy-lift aircraft.

The teams aircrafts already participated in SAE Aero Design East in Lakeland, Florida in March of this year. Poznań students won third place in the Regular Class, third in technical presentation and fourth place overall in the Micro Class. Now counting on an even better result.

"After each such event we make changes to our models, we are constantly improving them to take higher places. For many of us, these competitions are pursuing a great passion" - said last Thursday at a press conference one of the team members, Kamil Dombek.

The task of the models competing in the category of Regular Class is to lift the heaviest load. Poznań University of Technology student Michał Próchnicki explained that wingspan of the aircraft is almost 2.5 meters, and its length is about 1.5 meters.

"The aircraft has one large propeller, it is a so-called high-wing aircraft. Our model uses an electric motor" - he added.

In the Micro Class, the most important scoring factor is the amount of payload that can be carried relative to the weight of the aircraft. Classes in the competition remain the same, but as Próchnicki emphasized, the rules of the competition change every year.

Poznań University of Technology participates in SAE Aero Design competition since 2008. This prestigious competition is organised since 1986. The task of young engineers to design, build and fly remote-controlled heavy-lift aircraft models. Teams from technical universities in Warsaw, Kraków and Rzeszow will also compete.