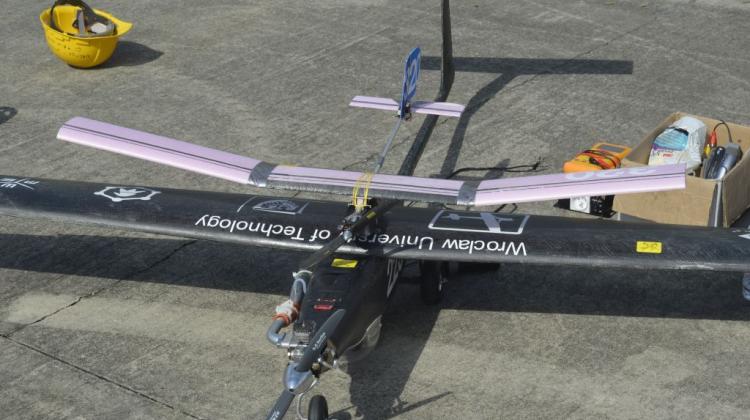 Bronze medal overall in Micro Class in the prestigious competition of young designers of aircraft models SAE Aero Design went to the students from JetStream Team from Wrocław University of Technology. The event took place on March 13-15 in Lakeland, Florida.

Andrzej Charytoniuk from Wrocław University of Technology press office told PAP that in addition to bronze in Micro Class, in two other categories students from Wrocław ranked: in Regular Class - in the fifth place, and in Advanced Class, in which they debuted - in the fourth place.

JetStream team participated in SAE Aero Design competition for the seventh time. This year, the competed against 75 teams from several countries. Last year, the student from Wrocław won the Micro Class competition in the United States.

This year, students from Wrocław for the first time competed in all three competition categories: micro, regular and advanced. In previous years, they competed only in micro and regular.

The main task of the models competing in SAE Aero Design is to lift the heaviest load in relation to the model mass. In addition, the jury assesses the reliability of the models, measured by the number of successful take-offs.

Technical solutions used in the construction of aircrafts are also evaluated. In Micro Class, model aircraft must fit in the smallest tube, be assembled and ready to fly as fast as possible. Wrocław students constructed a model weighing less than 250 grams for this category.

The model for the Regular Class weighs 3.5 kilograms, with a wing span of 2.5 meters. High-performance materials, for example glass, carbon or aramid fibres, are not allowed.

In Advanced Class, model must lift 7.5 kilograms of cargo and dump another load from the altitude of over 30 meters as close as possible to the target.

SAE Aero Design competition is organised jointly by US defence company Lockheed Martin and the US space agency NASA. This prestigious competition for students from around the world is organised since 1986. The task of young engineers is to design, build and fly a remote-controlled model cargo aircraft. The team, whose aircraft lifts the greatest load in the air, with a minimum weight of the model, wins.