Smell the raspberry scent of mushroom 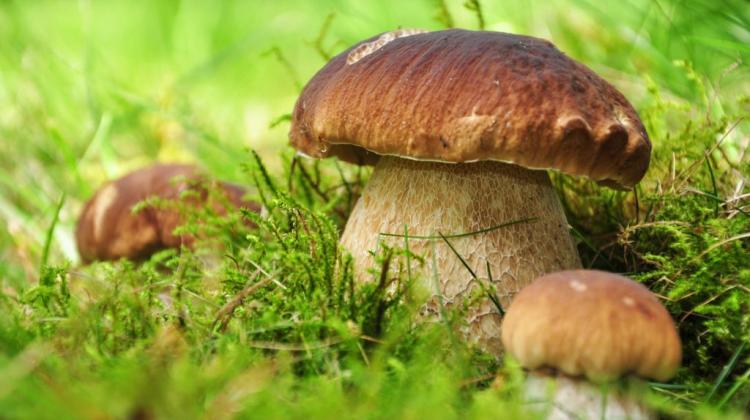 Common mushroom with aniseed or almond scent, relative of boletus with raspberry scent, mushrooms, whose flavour resembles coconut and dill. Mushrooms are much richer in scents than we think. Some of these fragrances are so delicate that only scientists in laboratories can smell them.

"The mushroom smell is associated with the fragrance of popular edible mushrooms: boletus, common mushroom. Meanwhile, in nature it is not so clear, because fungal scents can be very different" - told PAP Dr. Ewa Moliszewska from the University of Opole.

A very interesting case is a tiny fungus Nidula niveo-tomentosa, also known as the bird\'s nest fungus - producing raspberry flavour in laboratory conditions. "It looks pretty strange, like a tiny cup with balls inside. This relative of boletus, although it does not resemble boletus at all" - described the researcher.

Macrocystidia cucumis sneaks the smell of herring and cucumber, in Mycena pura you can smell purple radish, and the smell of dill in umbrella polypore. Some species of mold smell of garlic, and fungi of the genus Trichoderma, common in soil, have an aroma reminiscent of coconut. Some mushrooms smell like jasmine, lavender, fruit and aniseed.

Examples of the latter are horse mushroom and flat-bulb mushroom. "The mushrooms, which we know and often eat, may also have unusual scents. But you must be able to smell the scent of anise in a mushroom, not as the first, but as one of several fragrance notes" - described Dr. Moliszewska.

The scent of mushrooms is determined by chemical compounds. "Typical mushroom smell is caused by volatile eight-carbon compounds. Interestingly, they are not reserved for fungi. You can also find them in black currants, strawberries, potatoes" - explained the researcher. The raspberry smell comes from the so-called raspberry ketone and, aniseed smell from a combination of three different compounds.

Some scents can be perceived differently by each person. "We have very different sensitivity to smell. What we can smell depends on the sex, physiological state, individual sensitivity, whether we are rested" - said Dr. Moliszewska. Some unusual fungal scents are identified in laboratories, others can be "sniffed out" during a trip to the forest. "I have not heard about any practical uses. Mycologists sometimes use them to identify species of fungi" - explained the scientist. In the future, they might also be used as a source of different scents, also for cosmetics.

Typical "mushroom" scents do have practical applications. These scents, and extracts derived from edible mushrooms, allow be produced and improve the smell of food products.

In nature you can also find species of mushrooms with extremely unpleasant smell. "Red stinkhorn and dog stinkhorn +smell+ of faeces. Fruiting bodies of these fungi are covered with gleba. The smell attracts flies, which then spread spores in the environment" - explained Dr. Moliszewska.