5000 photographs of Poles flew into space with Hevelius 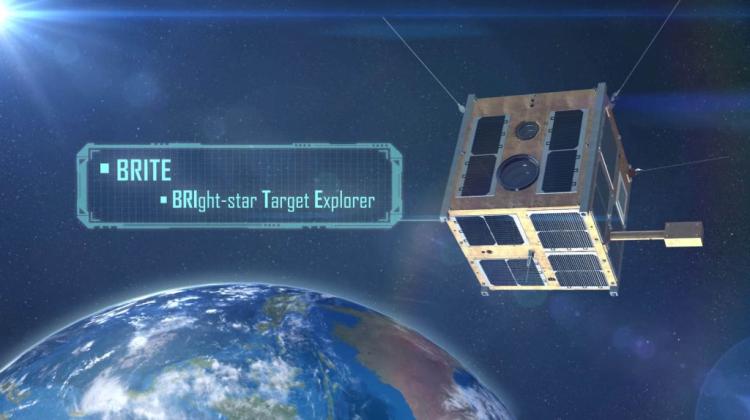 Last week on Tuesday, Hevelius satellite was carried into Earth orbit by a rocket launched from China. On the first day of "Hevelius" work in orbit, ground station at the Nicolaus Copernicus Astronomical Center PAS could establish communications with it every time it was in range: during 3 passes in the morning session and 3 passes in the evening session, as reported on the Polish site of the project Brite, for which the satellite had been built.

Mounted inside the Polish satellite was a memory card containing photos and videos provided by the Poles. Paweł Grochowalski of the Space Research Centre PAS confirmed this information in an interview with PAP.

Last year, in January and February, in the campaign "Send Photo to Space" everyone was invited to send photos and videos so that they could fly into orbit. "The interest in this campaign exceeded our wildest expectations. We received over 5,000 photos and 19 videos that, thanks to our cooperation with the Space Research Centre PAS, have been placed on the memory card in the Polish satellite Hevelius" - reported the representatives of Spółdzielnia Socjalna "FAJNA SZTUKA" in the release sent to PAP.

The campaign participants received certificates confirming that their photos have been sent into orbit. The campaign was organized to popularise the program BRITE-PL - scientific mission of the first two Polish satellites.

Hevelius is one of six satellites were built for the Austro-Canadian-Polish project Brite. Five devices, including Polish Lem, were placed in space before: unfortunately, one of the satellites was lost, its fate is unknown. All devices share similar design - they weigh less than 7 kg, and have the shape of a cube with a side of approx. 20 cm. They will carry out precise measurements of 286 brightest stars.

Brite-type satellites were developed in cooperation with the University of Vienna, Graz University of Technology, the University of Toronto and the University of Montreal. Polish Hevelius and Lem were built by specialists from the Space Research Centre PAS for and the Nicolaus Copernicus Astronomical Center PAS in Warsaw. Ministry of Science and Higher Education allocated PLN 14.2 million to their construction.

Detailed information about the campaign to send photos into orbit is available at http://www.zdjeciewkosmos.fajnasztuka.org