Polish researchers know the secret of organic plastics from biomass 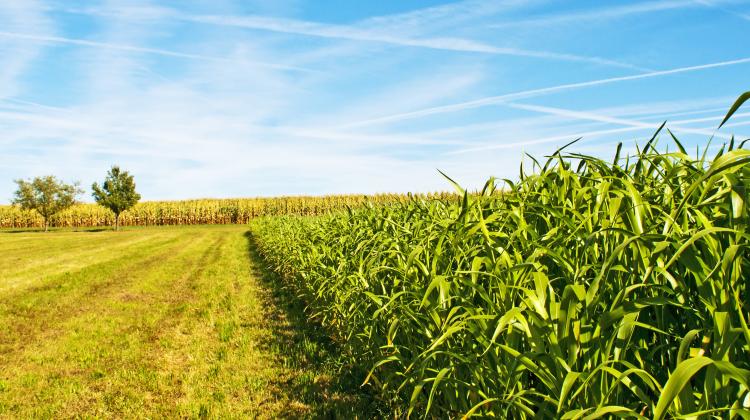 Plastics, polymers used to manufacture everyday products, can be produced not only from petroleum, but also from readily available biomass. Polish researchers are among those who have mastered the production of such plastics, which break down easily in the environment.

"Polymers are used widely today. They are absolutely necessary" - said in an interview with PAP BIOPOL project manager, Prof. Stanisław Słomkowski, director of the Centre of Molecular and Macromolecular Studies PAS in Łódź. Polymers (commonly called plastics) are used to manufacture everyday objects and packaging materials, and even non-woven synthetic fabrics (such as fleece). "Most of the polymers used today, such as polyethylene or polypropylene, are derivatives of crude oil" - explained Prof. Słomkowski and added that an important feature of such materials is durability. This is not always beneficial feature, however, as it is connected with the problem of storage after use. Another problem is the source of these polymers: access to oil in the world is uneven. Although only 5-6 percent of this resource is are processed into polymers, its prices are subject to the same, often politically dependent fluctuations as in the case of strategic applications in the fuel industry.

"There is a need for polymers produced from diffuse sources available everywhere" - said Prof . Słomkowski and explained that this was the reason for growing importance of materials produced from renewable raw materials including biomass. The scientist noted that some polymers could be produced from the waste products of the dairy industry. Such materials are difficult to dispose of and a burdent to the environment, and yet they could be treated appropriately. In the United States, organic polymers are already mass-produced from maize and waste generated during the processing of maize. Polish scientists do not want to fall behind: in the project BIOPOL they have learned to produce biodegradable polyesters, and polylactide (PLA). They are ready to help Polish companies manufacture this modern material. The study involved scientists from the Centre of Molecular and Macromolecular Studies PAS, Institute of Biopolymers and Chemical Fibres in Łódź and the Faculty of Chemistry of Warsaw University of Technology.

Prof. Słomkowski explains that polylactide polymers are produced by creating chains of monomers from renewable raw materials. The basis for these monomers is the fermentation carried out to produce not only ethyl alcohol, but also lactic acid. "Lactic acid is converted to lactide, which can be used to produce polymers" - described the scientist.

Biodegradable polymers with appropriately modified properties can be used to produce not only plastic bags and packaging materials with very short shelf life, but also everyday products and more durable objects such as siding, panels used to cover facades of buildings. These materials do not decompose during normal use, but only when composted, for example, under the influence of slightly acidified water, in which the polymer chains break into smaller parts. In turn, these parts can be easily decomposed by microbes or enzymes to carbon dioxide and water.

The professor added that another application of biodegradable polymers would be shells to plant protection products, which could gradually release doses of pesticides. However, the most profitable (and most technically advanced) application for polylactide are drug coatings that would release the active ingredient only after some time. "These coatings are often necessary to protect the drug from the body, and the body from the drug" - said Prof. Słomkowski . He explained that, for example, aspirin should be released after passing through the stomach, for which it is harmful. On the other hand, some drugs need to be protected from exposure to the body, which destroys them, treating them as harmful substances. Polymers would be perfect coatings. According to the researcher, polymers protecting drug could be designed to target cancer - such drugs would get stuck near the mutated cells and only there decompose, releasing the drug used in chemotherapy. This could increase the effectiveness of the treatment while reducing the total dose of drug in the body.

According to the researcher, in time EU policy might compel us to use only biodegradable packaging materials. He believes that Polish producers should be able to produce such organic materials, rather than rely on products manufactured abroad.

The project BIOPOL has just been completed, it was conducted in 2009 - 2014, under the Operational Programme Innovative Economy. However, scientists continue new research projects on biodegradable polymers.