Hydrogen in a graphene tank 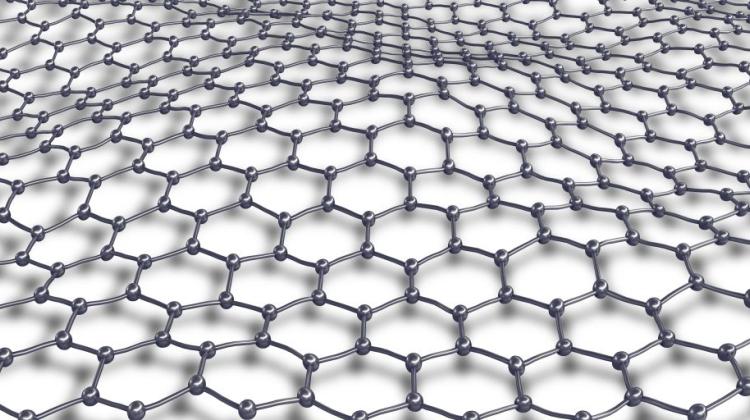 With graphene tanks for hydrogen fuel, vehicles will be able to cross the country from the Tatra Mountains to the Baltic Sea on one tank. Graphene tanks can also be used in spacecraft. The ambitious goal requires a long way. Scientific journey is financed by the Graph-Tech program of the National Centre for Research and Development. The project leader is Prof. Piotr Kula from Łódź University of Technology, and his team has the support of industrial partner Seco/Warwick, a company listed on the W

The work of Prof. Piotr Kula’s team is a breakthrough, as they will allow using hydrogen instead of oil in automotive industry in the future. This is the purpose of the work.

Graphene produced by Prof. Kula’s team is ultra-light and very durable. Tests confirm that it can be successfully used as a material for hydrogen storage. Such a material can absorb and recover hydrogen by changing the temperature. Chemical bonding of individual hydrogen atoms with the surface of graphene provides storage. Concentration of hydrogen stored in this manner will not decrease with time. At the appropriate time by heating the reservoir, hydrogen is recovered in the molecular state. In the future, such hydrogen may be a power source for car and spacecraft engines.

Many investments are needed before the application of graphene can bring income to the economy and make life easier. Poland has already started investing. National Centre for Research and Development allocated nearly PLN 4.9 million for the project, Seco/Warwick SA contributes about 1.3 million zlotys to research.

"The project concerns the development of new, grapheme-based material for reversible hydrogen storage, with the further prospect for use in the automotive industry as tanks for next generation fuels. In the short term, the material can find various applications in the industry, it will be useful for filtering gases, separation of various mixtures in various technological processes" - said Prof. Kula.

Scientific and industrial consortium of the Łódź University of Technology Institute of Materials Science and Engineering and Seco/Warwick SA is a powerful duo. Łódź University of Technology is one of the best technical universities in the country. Technologies developed at the Institute of Materials Science and Engineering won many medals and awards at exhibitions and fairs in the country and abroad, including Brussels, Geneva, Casablanca and Pittsburgh.

These technologies, due to the original solutions, are protected by many national and international patents. Seco/Warwick Group is among the world\'s leading manufacturers of furnaces for heat treatment of metals, in terms of sales volume and product offer. Its major customers are automotive, aerospace and utility manufacturers. The consortium has already submitted two U.S. patent applications relating to the manufacture and modification of graphene.

In the joint project, the Institute of Materials Science and Engineering is optimizing manufacturing technology of graphene materials for hydrogen storage, and Seco/Warwick SA is building an industrial production line for grapheme-based hydrogen storage materials.

WHEN WILL GRAPHENE BE MARKETED

Currently known systems are technically limited and are not capable to maintain one hundred percent concentration of hydrogen even for one day. In addition, the tanks are too heavy, which limits their use in aerospace or automotive industry, where mass is of paramount importance. Technology developed by researchers at the Institute of Materials Science and Engineering allow to eliminate the old systems. Graphene will also strengthen the material and make it very light.

Prof. Kula wants to attract automotive companies, airline companies and space industry. It is still too early for specifics, although, according to the project coordinator, the industrial partner has specialized marketing services, already looking for contacts. Today, technology is eligible for various trade fairs. At the fair in the U.S., Polish ideas met with great interest of chemical corporations. Persons with so-called seed capital have also proposed collaboration for product development.

"The project’s long-term goal is automotive industry, but it is not a goal to achieve in the coming years. Alternative car drives are currently developed: hybrid, electric cars. Therefore, we need an efficient method of storing hydrogen fuel. But, when developing new material, a number of other applications appear: filters, sensors, screens to protect against electromagnetic radiation, deformation factors, which could also be produced with our graphene" - explained the head of the project.

In the opinion of the Vice-Rector, the project will also result in start-up companies. One has already been established: AGT Sp z o.o., to which Łódź University of Technology contributed part of the rights to owned solutions, in part enfranchising the authors.

This is only the beginning, and the use graphene in the automotive industry, and, going forward, the aerospace industry, is years ahead. First, we need to produce graphene that meets the requirements for these applications. There are already patents and devices: special furnaces, in which graphene is produced. The next stage will concern developing grapheme-based material for the production of fuel tanks. Then come lengthy testing, research, and finally - commercialization.

The project "Graphene nanocomposite for reversible hydrogen storage" is carried out at the Institute of Materials Science and Engineering, Łódź University of Technology. This project is one of the pieces of the PLN 60 million pie founded by the National Centre for Research and Development in the Graf -Tech program. The winners - domestic scientific institutions in consortia with businesses - will use the money to study and prepare for the implementation of innovative, grapheme-based products. Łódź piece is particularly tasty, as it was assessed by foreign competition reviewers for medal positions. Such studies have not yet been carried out, and no one in Poland has such significant achievements in the development of graphene-based products. Granted support will allow to prepare the technology to "come out" of the laboratory and into mass production.