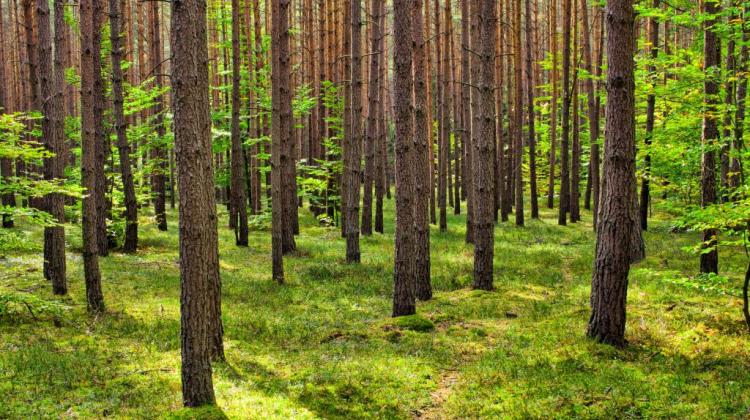 Forests occupy more and more area in Poland. Since the end of World War II, forest area increased from 21 to almost 30 percent, according to the State Forests. Nearly 1.6 billion people worldwide are associated with forests and forest management.

The United Nations General Assembly proclaimed 21 March the International Day of Forests. On that day, State Forests, managing body for nearly one-third of our country, encourage a stroll in the forest and forest tourism.

State Forests emphasize that Poland is one of the European leaders in terms of forest area. Forests cover 29.2 percent of the country; grow in the area of 9.1 million hectares. The majority are state forests, which, as the organisation reminds, are open to all throughout the year.

According to the the State Forests website, research results indicate that 28 percent Poles do not spend time in the forest at all, and 38 percent only sporadically. More than half of respondents (53 percent) believe that the forest area in Poland decreases. But this is not true, remind the foresters.

"Polish forests are healthy and beautiful, and people not visiting them waste a great opportunity, and after all forests are at your fingertips. (...) Between 1995 and 2012, foresters planted 33 thousand hectares of forests" - emphasised director of the State Forests Adam Wasiak, quoted in the press release.

In the beginning of the spring an educational campaign "State Forests. Welcome" will be launched with an aim to draw attention to the values of forests. "Forests are our common good. Everybody can use of them for free throughout the year, and foresters have prepared Polish forests for active and attractive recreation so that everyone can feels comfortably and safely there" - said Wasiak. Polish forests offer close to a thousand educational and nature paths, as well as 50 forest education centers.

According to UN figures , the existence of 1.6 billion people in the world and a significant part of the economy depends on forests. The annual value of forest products market exceeds $ 300 billion. Forests are inhabited by 80 percent plant and animal species. State Forests remind that in Poland in the forest environment live 32 thousand species of flora and fauna, 65 percent of all species occurring in our country.

Forests are also a great absorber of CO2. Polish forests can store 900 million tonnes of coal. According to research by the State Forests, in Poland carbon dioxide is best absorbed by pine forests. The average annual amount of gas captured from the atmosphere by trees is 21.5 tons per hectare. Forests also retain water, preventing soil steppe and improving flood safety. (PAP)