Do bears dream in winter 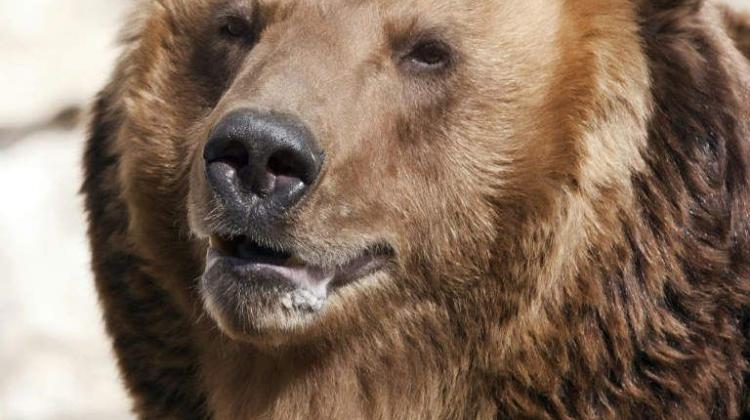 Winter dormancy of mammals, commonly called hibernation or winter sleep, is not actually a sleep. Dr. Michał Wojciechowski of Nicolaus Copernicus University in Toruń told PAP how the body works during hibernation and why mammals need to wake up during winter.

Mammals, which go into winter dormancy, include hedgehogs, hamsters, ground squirrels, gophers, bats, echidnas and lemurs, as well as bears.

"Although dormancy is commonly called or winter sleep, it is not actually a sleep" - said in an interview with PAP Dr. Michał Wojciechowski from the Faculty of Biology and Environmental Protection, Nicolaus Copernicus University in Toruń. He explained that in biology sleep is precisely defined, it consists of phases, in which we observe both brain and muscle activity. Meanwhile, in hibernating animals such activity is very limited. There is no REM sleep, and this is when dreams appear. "Hence, we can assume that hibernating animals do not dream" - said Dr. Wojciechowski. He admitted, however, that the discussion about whether hibernation is a kind of sleep has continued between scientists for decades.

During hibernation, the mammalian metabolic rate is at least 20 times lower than normal, and body temperature is typically about 1 degree Celsius higher than the ambient temperature (with European bat it can even drop to about 4-5 degrees Celsius). Dr. Wojciechowski noted that the temperature of larger animals, such as bears, does not fall so dramatically (in black bear it drops to approximately 30 degrees Celsius). "That\'s why in the case of bears biologists do not talk about hibernation, but rather dormancy" - admitted the researcher. In addition, the biologist noted that during dormancy the animal’s immune system is almost non-functioning: pathogens are fought only after the metabolic rate returns to normal levels.

During the period preceding dormancy, when the day shortens, animals choose a safe place for winter (so-called hibernaculum), where the temperature is low but rather stable. Before they go dormant, they store energy - hamsters stuff their burrows with food, and other animals, like marmots and bats, accumulate fat. Animals show increased activity of brown adipose tissue, the only function of which is to produce the heat required, for example, to wake up. "With this tissue, animals are able to generate a lot of heat quickly, warm up the blood and wake up within 10-60 minutes" - said the scientist. He added that the source of energy needed for normal vital functions is a different tissue: yellow adipose tissue.

According to Dr. Wojciechowski, from time to time (for example, every few days, months, and in the case of bats even 80 days) mammals need to wake up in order to urinate, drink, check their environment or feed (for example in the case of hamsters). "According to some theories, especially concerning gophers, animals can wake up to ... get some sleep" - added the researcher. Dr. Wojciechowski explained that the brain of gopher who wakes up from hibernation works like the brain of an animal that did not sleep for a long time.

Animals come out of dormancy also in response to external stimuli, for example, when you touch them, or when the environment becomes too cold - then the animal must seek a safer refuge. This period of activity, called mid-hibernation awakening, can last from a few hours up to a day. After this time, the animal falls into dormancy again. Dr. Wojciechowski admitted that the wake up process is very energy consuming - the animal consumes 75 percent energy needed for the entire dormant period. That is why it is very important not to wake animals up from dormancy.

According to Dr . Wojciechowski, hibernating and then waking up a man is still a distant vision. "Our enzyme systems do not allow us to function with a low metabolic rate and low body temperature. The whole +machinery+ in our bodies is designed to operate at body temperature above 35 degrees Celsius" - he commented. He admitted that the problem would also be to raise the body temperature to bring the body back to working condition. After all, we do not have a well-developed brown fat tissue. "Besides, hibernate would certainly be biologically expensive for us" - he believes.