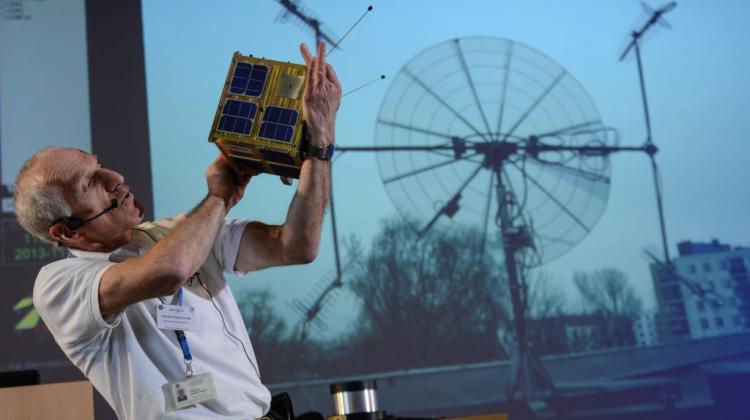 Polish satellite Lem, which operates in space since Thursday, has a serious scientific task. It will help determine what physical processes occur in the brightest stars. Such measurements can not be carried from Earth, so satellites working in orbit will do it.

Polish scientific satellite Lem was built for the international BRIght Target Explorer Constellation - BRITE project. It was developed by experts at the Centre for Space Research PAS and the Nicolaus Copernicus Astronomical Center PAS.

"The idea behind BRITE is to place in orbit a constellation of six telescopes that will be able to constantly observe bright stars and measure changes in the glow of the stars over a long period of time" - said on Thursday Dr. Piotr Orleański of the Space Research Centre PAS.

Lem, like Hevelius launching in late December, will carefully monitor even very small changes in the brightness of stars. "From the Earth, due to atmospheric disturbances, we do not notice these small brightness changes even through the largest telescopes. Therefore, it was decided to place a telescope in orbit. From here you can perform observations of the star changes that are caused by the star’s own vibrations - so-called oscillations" - Prof. Gerald Handler of the Nicolaus Copernicus Astronomical Center PAS explained to reporters on Thursday.

This way, scientists will obtain information about the internal structure of stars and the details of the physical processes taking place inside, such as thermonuclear reactions, mixing of matter, transport of energy in the form of radiation from the centre to the surface.

A unique aspect of the mission, in addition to the coordinated work of a group of satellites, is that for the first time in the history of space missions observations will be carried out using filters in two different colours. Three satellites (including Lem) will work with blue filter on telescopes, and three will use red filter (including Hevelius).

According to the researchers, the Lem telescope\'s field of view is 24 degrees. That\'s a lot, for comparison thumb and index finger cover an area of about 15 degrees. This allows the telescope to cover the whole Orion constellation in one image, and the satellite will be able to monitor up to 15 bright stars at the same time.

Dr. Orleański explained that the satellite is controlled from the ground control station located at the Nicolaus Copernicus Astronomical Center PAS. "This ensures that the satellite knows what to do during the next orbit pass. The tasks of the station include not just the collection of data, but also issuing commands, for example, that on the next orbit Lem should observe Orion for the next three hours" - described the scientist.