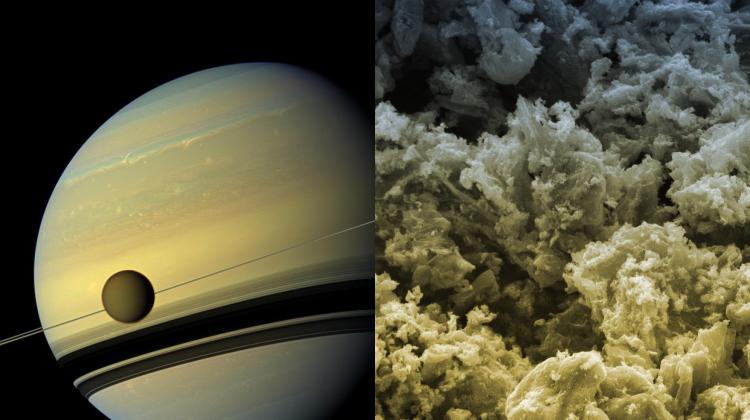 A scientist from the Institute of Physical Chemistry PAS has developed a new, fast and accurate algorithm to explore the physical and chemical properties of the surface of materials tested in the laboratory.

The inspiration for the algorithm was mathematics that describes the phenomena occurring in the atmospheres of gas planets, reported the Institute in the release sent to PAP.

Giant gas planets such as Jupiter and Saturn are among the brightest objects in the night sky. When sunlight reaches the planet\'s atmosphere, it is dispersed in different ways, and some of it is absorbed by elements and compounds present in the atmosphere.

Mathematical description of the interaction of light with the atmosphere of a gas planet was introduced in 1950 by Indian mathematician and astrophysicist Subramanyan Chandrasekhar. Derivation of this description was 200 pages long and included a complex function that is currently used to test surface properties of materials. Physical laws described by the astrophysicist can also be used to describe the emission of electrons when illuminating material samples with an X-ray beam.

"Using surface sensitive spectroscopic methods we can determine the characteristics of the outermost layers of materials, their composition and chemical state. This knowledge is particularly important in materials science, microelectronics and various nanotechnologies, as well as such important processes as catalysis and corrosion" - explained Prof. Aleksander Jabłoński from the Institute of Physical Chemistry PAS.

Calculations needed to process the results of such laboratory tests require repeated determination of Chandrasekhar function with the best accuracy. There are many methods of its determination, but their accuracy reaches 1-2 percent, and in some applications the value of the function must be determined with an accuracy up to several decimal places.

Professor Jabłoński has developed an algorithm that allows to obtain such a high accuracy, and it is dozens of times faster than the existing algorithms. The code of the program implementing the new algorithm for determining the Chandrasekhar function has been developed in the programming language Fortran 90 and published in the journal "Computer Physics Communications".