Polish mobile app will increase the safety of epileptics 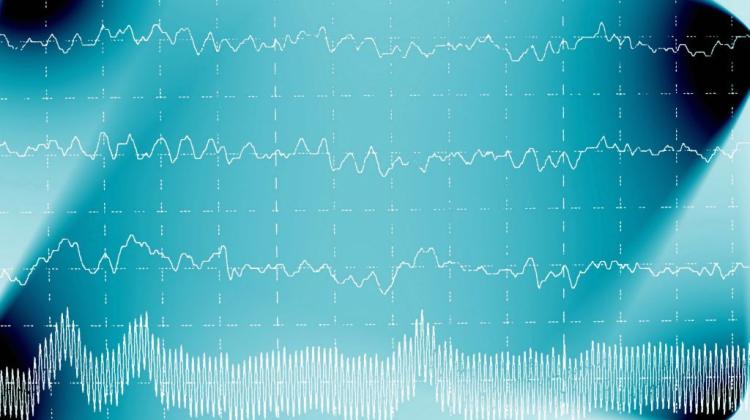 It will tell bystanders how to help a person in an epileptic seizure and notifies the person’s family of the location. The application, which will increase the safety of epileptics, has been developed by scientists and students of the Military University of Technology. This is the first such solution in the world.

SENSE application that can be installed on any smartphone that allows a person suffering from epilepsy to monitor health has been developed by scientists from the Faculty of Cybernetics, Military University of Technology in Warsaw, led by Major Dr. Mariusz Chmielewski.

Part of the application is a sensor EMG that monitors muscle activity. Sensor can be attached to any muscle group, such as thighs, chest, back or shoulders. Its size is similar to a cell phone battery. The system detects so-called tonic-clonic seizures, usually manifested by convulsions and loss of consciousness.

"Our sensor will transmit information of such muscular activity wirelessly to a cell phone, which will analyse the signal and decide on further action" - said Dr. Mariusz Chmielewski in an interview with PAP.

After the application starts, the patient has 15 seconds to cancel the alert. "If the user fails to cancel it by touching the screen during that time, it can be concluded that he is not able to do so, and something happened to him" - described the scientist.

In this case, the application takes further measures. First, it sends a notification of the location of the patient and ongoing seizure to all contacts in the system. This information, at the patient\'s request, ca also be published on Facebook and Twitter, but it will be available only to trusted people.

After detecting a seizure, smartphone also alerts people nearby, by sounding an alarm signal and reading instructions for people who accidentally find themselves in the place of the incident. "Phone loudly instructs: +I am having an epileptic seizure, help me, put something under my head, move dangerous objects away+. Application also displays the patient\'s data: drugs that the patient takes, blood type is additional diseases that have been diagnosed" - explained the project leader.

What happens if the person simply exercises, and the sensor detects the muscle activity? Dr. Chmielewski pointed out that muscle contractions that accompany epileptic seizures are usually very specific: short and very strong. A person is normally unable to make such contractions.

"We are building algorithms that learn muscle activity patterns typical of tonic-clonic seizures. This allows our algorithm to +know+ how to distinguish between dangerous situations and false alarms"- he explained. In addition, the system learns the characteristics of false alarms (i.e., the one that the patient himself turns off after 15 seconds) to avoid repeating it.

"We get a lot of calls from people who want buy our application, but for now we can not sell it for procedural reasons. Medical device market is very different from general consumer solutions. We want to avoid a situation in which the solution is inaccurate, therefore we need research and clinical trials that cost a lot" - said the scientist.

SENSE application and EMG sensors do not have the status of medical device at the moment. To obtain this status, its developers must prepare a sample batch that will pass clinical trials. For the completion of this stage they need about PLN 150 - 200 thousand.

"Our project has been financed practically only with our own funds, supported by a small research grant from a group of enthusiasts. We try to present the project at the National Research and Development Centre to get support for development and funding for clinical trials. We are also talking to two Swiss pharmaceutical companies that specialize in epilepsy drugs. They are interested in our system miniaturization and increasing the sensitivity of offered EMG sensors" - described Major Chmielewski.

The team estimates that the mobile application itself will cost about PLN 20 per month. The cost of the wireless sensor will be about PLN 200, which makes it the cheapest advanced wireless EMG sensor. Occasionally, users will need to purchase the appropriate medical electrode stickers that allow to firmly attach the sensor to the skin, but their cost is low.

Polish scientists do not have any competition, because there are no such devices that assist people with epilepsy on the market. Work on a similar project is underway only at the U.S. Massachusetts Institute of Technology. Developers of the competitive solution, however, have focused on the construction of the sensor, which uses a completely different measurement method.

The team that worked on the system was composed of engineers: Bartłomiej Wójtowicz, Witold Matuszewski, Mateusz Chrustny, Piotr Stąpor and BA Monika Lipińska.

"Mobile epileptic seizure detection and alert system using surface electromyography" won bronze at the International Invention Exhibition - Concours Lépine in Paris in May, and many awards and honours at exhibitions in Seoul, Nuremberg, Tehran and Kuala Lumpur.