Empathy among animals: How do animals transfer emotions? What happens in the brains of mice that get infected with emotions? And what about mice, in which this mechanism does not work? Dr. Ksenia Meyza searches for neural networks responsible for empathy in the brains. Research in this area helps to better understand autism and panic.

Psychologists define empathy as the capacity to place oneself in another person`s position. In this approach, this phenomenon is observed only in humans. But behaviourists see features related to empathy also in animals.

"Among monkeys, a young that loses its parent is sometimes taken into the family by a relative (or even a stranger) and brought up as its own. Older animals no longer capable of finding food are sometimes taken care of. Among elephants, a female that loses her young grieves. And the whole group associated with that female focuses on her and tries to comfort her" - says Dr. Ksenia Meyza from the Nencki Institute of Experimental Biology.

The biologist also talks about a killer whale group. One of the females lost her young and kept the body on her back for 17 days. She could not hunt or rest. "Her pod initially moved away, but after some time, the animals returned to see what was happening to her and if they could help" - the researcher says. 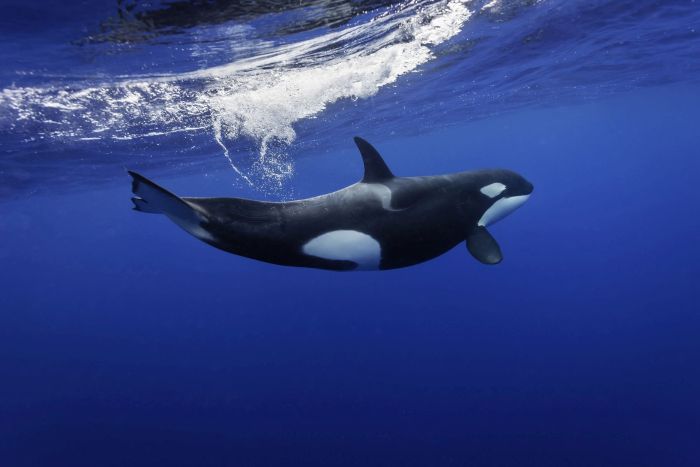 Why do researchers who study animals perceive empathy more broadly than psychologists? "Franz de Waal describes empathy as a Russian doll that has different layers. In the middle there is the ability to infect emotionally, or transfer emotional information. Further layers appear with the development of the cerebral cortex, for example directed compassion, responsible for the willingness to help. The outermost layer is the ability to adopt the perspective of another individual" - Dr. Meyz says.

She notes that "empathy is not the same as altruistic behaviour or help. Compassion does not always lead to helping". She adds that helping can be observed, for example, in ants, but even entomologists do not think it is an indication of empathy in insects.

Dr. Meyza investigates the phenomenon of emotional infection among mice. In pairs of mice, one of them - called a demonstrator - is being accustomed to getting pulled out of the cage, while the other mouse - an observer - remains in the home cage. On the day of the experiment, the demonstrator has contact with something pleasant (for example water with sugar) or unpleasant (fear conditioning procedure). Then the demonstrator is returned to the home cage and the experimenter checks what its companion will do.

"The observer usually shows a greater willingness to contact if the animal that returns to the home cage is emotionally aroused - than if nothing unusual has happened to the demonstrator outside the cage" - explains Dr. Meyza. Observers sniff the emotional mouse, have more contacts with it, sometimes even wash it when it is stressed, she describes.

She adds that animals prefer "good news" - they more willingly follow a mouse that had delicious water to drink than one that is scared. Researchers from the Nencki Institute investigate this in patented Eco-HAB cages that facilitate observation and recording of mouse behaviour in larger social groups.

"I would like to locate neural networks that are involved in infecting with emotions" - says Dr. Ksenia Meyza. In her research, she studies the brains of mice that that care about emotions of other mice. She compares them with the brains of mice, in which the emotional contagion mechanisms are disrupted.

This type of disorder is observed in mouse models of autism. "In autism, there is a decrease in the level of cognitive empathy: the ability to understand the emotions of another person is disrupted" - the biologist says.

Researchers from the Nencki Institute investigate two mouse models of autism (monogenic and idiopathic). "Such mice have a low level of social interaction, poor communication with other individuals, and exhibit repetitive behaviours characteristic of autism" - the researcher concludes.

Autistic mice are not interested in a mouse that has returned from an exciting journey. "Normally they are not very social, but they are even less social around a stressed mouse. Instead of following that mouse (like other mice do), they focus on themselves, for example, they start to wash themselves compulsively" - the scientist describes.

She adds that another kind of empathy disorder is psychopathy. In the case of psychopaths - she says - there is an emotional empathy disorder, incapability to sympathize with what is happening to another person. "We have not created a mouse model of psychopathy yet" - the researcher from the Nencki Institute says.

EXAMINATION OF THE BRAIN INFECTED WITH EMOTIONS

"If we want to develop a directional therapy for people with autism, we should identify neural networks that are responsible for autism in the brain" - she says.

The researcher cites the hypothesis that mirror neurons can be associated with empathy. "Monkeys have been found to have cells in the pre-motor cortex that control the extension of hand to get a peanut. The same neurons react if another monkey grabs the peanut. They are called mirror neurons. There are plenty of ideas as to their function, but there is no direct evidence of their involvement in the phenomenon of empathy" - the biologist says. The first paper showing the existence of mirror neurons also in mice was published in April (https://doi.org/10.1016/j.cub.2019.03.024).

"I hope that we will be able to clarify which networks are involved in the transmission of social information and how to regulate their work. This is important not only for the treatment of autism but also other phenomena associated with emotional infection, for example collective panic. In particular, the possibility of controlling it pharmacologically, especially in the face of a terrorist threat, can not be overestimated" - she says.