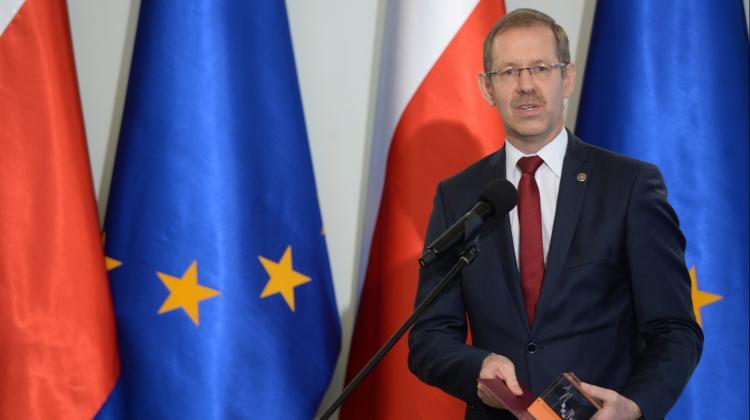 Professor Marcin Pałys, rector of the University of Warsaw, was elected member of the Board of the European University Association last week. EUA represents more than 800 universities in 48 countries. The organization plays a crucial role in the Bologna Process and influences EU policies on higher education, research and innovation.

The next EUA president will be Michael Murphy from the University College Cork in Ireland, who was a Board member in the previous term.

The election of the new president and members of the Board took place during the EUA Annual Conference at the Sorbonne University in Paris.

Professor Pałys was actively involved in EUA activities. He was a member of the RIS3 Expert Group. In the years 2011-2013 he was also an expert of the External Advisory Group for flagship initiatives of the European Commission (FET Flagship projects).

The EUA Board is composed of the president and 8 members, including two vice presidents. All Board members are current or former Rectors or Presidents of the Association`s member universities. The Board meets at least 3 times a year and is responsible for shaping the association`s policy and planning its activities. The members` term of office is 4 years.

In addition to the elections, the EUA Annual Conference program included the EUA Secretaries General meeting, the Board meeting and the EUA General Assembly meeting, as well as three thematic plenary sessions.

In the previous term of office, one of the Board members was Prof. Wiesław Banyś, former President of the Conference of Rectors of Academic Schools in Poland and Rector of the University of Silesia in Katowice.