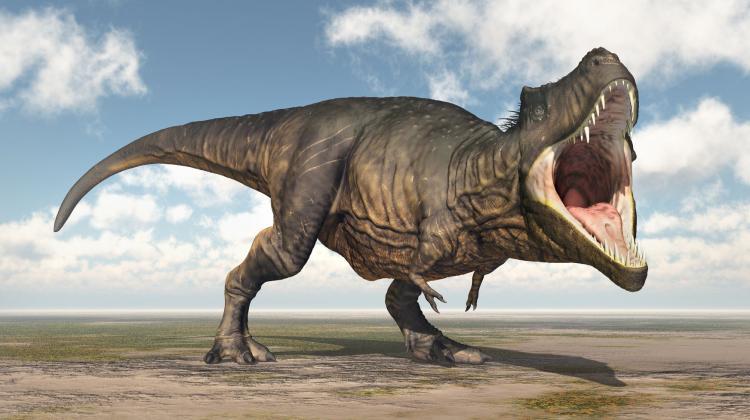 Polish company has developed an application that allows to "watch" the tyrannosaur in its natural environment. It is used by the visitors of the exhibition "T-Rex - The Ultimate Predator" at the American Museum of Natural History in New York.

Just put on the goggles to watch the tyrannosaur in its natural environment in 3D virtual reality and learn about the structure of each of its bones. The application for the American Museum of Natural History in New York has been developed by Immersion, a start-up from Warsaw.

Three museum visitors can simultaneously immerse in virtual reality and see a real-scale tyrannosaurus and its natural environment. The video also includes a presentation of its skeleton in the form of a task. Visitors must solve a puzzle of bones to watch the skeleton they have built being covered with muscles and skin and coming alive. The goggles allow to look around and rotate 360 degrees in any direction to watch the reconstruction of Palaeozoic nature.

The VR application is action is presented in this video: https://www.youtube.com/watch?time_continue=85&v=pE8J5eo222M

The six-month project was not only a technological challenge, but also a scientific one, its creators emphasise. "During the work on the application, we had dozens of meetings and conversations with the world`s best tyrannosaur experts. Each element visible on the screen, from bones to the nest or feathers on the dinosaur`s head, was been reconstructed in accordance with reality" - says Bartosz Rosłoński of Immersion .

According to the company CEO Piotr Baczyński, the app created for the exhibition is not only a form of fun, but also a large dose of knowledge. "In the area of VR (virtual reality) and AR (augmented reality) we can compete and win with companies around the world. Our new project for the American Museum of Natural History in New York is the best confirmation that Polish start-ups can boldly venture into the most demanding markets. Polish 3D programmers and graphic designers are among the best, as the Americans have already noticed" - Baczyński emphasises.

This is not the first Immersion`s VR project for a museum in the US. The Polish company has already cooperated with Newseum - a media museum in Washington. Since 2017, Newseum has been using applications supplied by the Polish start-up. One of them is the VR experience presenting the story of the famous terrorist Ted Kaczyński - the Unabomber. Immersion cooperated on this project with FBI agents, who participated in catching the criminal. Thanks to this, the creators were able to accurately reproduce places and moments crucial for the investigation and arrest.

Another project created in Warsaw for Newseum was a VR application devoted to Nellie Bly, famous for her trip around the world in 72 days, the first woman to make the trip alone.

The Polish start-up cooperates with clients from Poland, Israel, Germany and France; 80 percent of its orders come from the US. The head office of the company in Warsaw`s Ursynów employs a team of 35 people, graphic designers and animators who create virtual reality. (PAP)