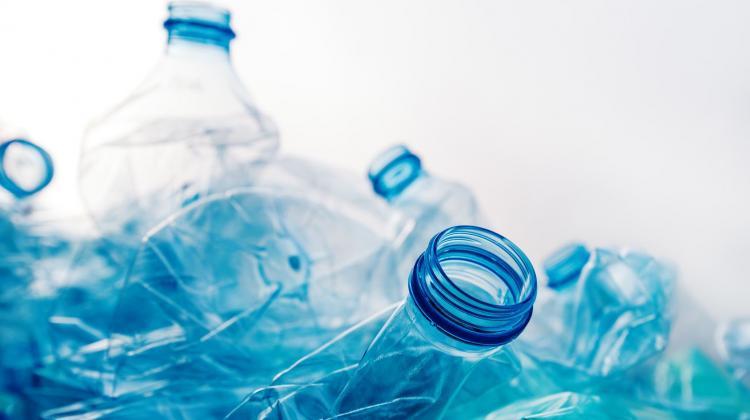 Plastic waste is everywhere: in landfills, forests, seas and oceans... Scientists have plenty of ideas on how to fight it. A part of this trend is the invention from the Nicolaus Copernicus University in Toruń: a product that accelerates the process of plastic decomposition.

The preparation, whose author is Dr. Grażyna Dąbrowska, a geneticist from the Nicolaus Copernicus University in Toruń, can accelerate decomposition of plastic materials in landfills by 20 percent. It contains microorganisms (especially fungi) capable of producing hydrolytic enzymes that degrade plastics.

Dr. Dąbrowska works in the Department of Genetics of the Faculty of Biology and Environmental Protection, Nicolaus Copernicus University. She specialises in plant genetics, plant interactions with microorganisms and biodegradation of plastics that pollute soil and water. This knowledge allowed her to select the ingredients for the preparation.

What do fungi have to do with plastic waste? As it turns out, quite a lot. The researcher explains that the ingredients of the preparation have special properties that allow them to react chemically with plastics. "Thanks to this, plastics lose their properties: for example, they become less stretchy or more permeable to gases, water vapour, oxygen or carbon dioxide" - describes Dr. Dąbrowska.

The effects of the invention from Toruń can be observed after several months. The researcher explains that the effect of the preparation is strengthened by proteins produced by fungi that form a specific layer on the surface of plastic material (especially PET), closely adhering to a given material. "The growing mycelium adheres to the polymer, simultaneously producing enzymes that degrade and change its structure. That significantly accelerates the process of biodegradation" - explains Dr. Dąbrowska.

The creator of the preparation sees its application primarily at the very end of the life cycle of landfills, during the reclamation process. "For many years, no proper waste selection has been carried out in Poland and at this point most of the plastics are located in landfills, their quantities are huge. That is why it would be helpful to reduce their volume, accelerate the process of degradation at the very beginning of the landfill reclamation process" - the researcher says.

Reclamation of a landfill is a long and complicated process. Its ultimate goal is to reduce the negative impact of collected waste on the environment and integrate the landfill site with its surroundings. The waste is pressed by heavy equipment, then covered with successive layers of soil, and finally - in the last stage - sown with plants.

The preparation could be added to the first layer of soil, as it has another important property. "We have selected microorganisms that additionally have the ability to interact with plants and stimulate plant growth" - the researcher says.

"It is a comprehensive solution" - he emphasizes. "It allows to simultaneously accelerate the degradation of the unwanted waste and positively affect plants and other organisms".

Where did the idea for creating the preparation come from? "The impulse came from observation: I have three children and I can see how much plastic waste we produce in one household... It was the concern about the effect on our environment that inspired me to use research that I conducted on a daily basis to combat plastic waste in landfills" - concludes the biologist from Toruń.