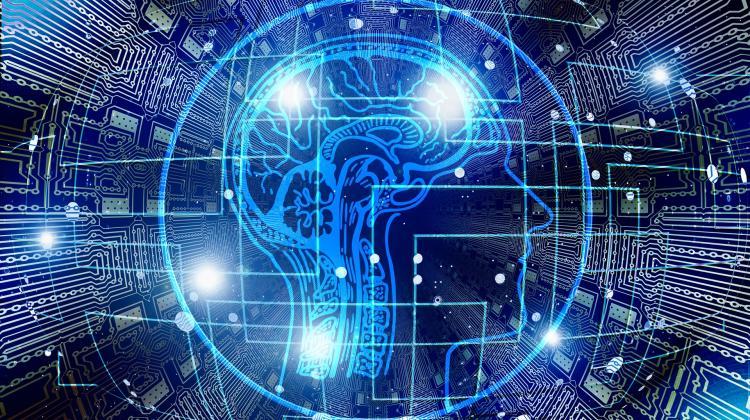 The human brain can simplify and select the things that are most important in the learning process. Machines must laboriously wade through millions of data samples. So what if they are more efficient, if they are still limited? Polish scientists want to change that and build networks that mimic human neurons.

Six teams from the Jagiellonian University are working on artificial neural networks that will benefit Polish companies and start-ups. Networks are used for speech recognition, translation and image processing. Their future applications include medical diagnostics, self-steering cars, as well as the identification of people and scenes for forensic purposes.

As a result of the work led by Prof. Jacek Tabor, artificial intelligence is expected to become even more intelligent. The researcher received over PLN 19 million in the TEAM-NET competition of the Foundation for Polish Science for building innovative networks inspired by cognitive processes occurring in the human brain. The professor`s "team" members are IT specialists, programmers, statisticians, biostatisticians and neurocognitive scientists, the Foundation for Polish Science reports in a press release.

Among the limitations of artificial intelligence, the professor mentions slow, very time-consuming, and therefore also energy-intensive machine learning. A huge training set is needed for the machine to learn, for example, to properly recognize and describe photos.

"For a person to learn how to classify pictures correctly (for example X-rays), it is often enough to see a few dozens of sample images. A computer requires up to a million images for a similar task. This is a huge difference and a big problem, because we do not always have such a large amount of training data. Of course, once a computer learns to recognize images, it usually becomes more efficient and effective in this task than a human being, but the machine learning process itself is a barrier" - explains Prof. Tabor.

Computers learn in a very complicated way. It takes a long time and involves a full analysis of the entire provided data set. In contrast, the human brain automatically simplifies the data and selects only those relevant for the learning process. Another problem associated with machine learning is the computer`s vulnerability to wrong examples. The human brain will automatically reject the picture of a cat from the set of hand X-rays. But a computer will analyse the cat image with the same attention as a hand X-ray.

"For these reasons, scientists around the world specialising in artificial intelligence are revisiting inspiration by the cognitive processes taking place in the human brain. Our research fits perfectly into this global trend. We want to create artificial neural networks that will benefit local recipients, Polish companies and start-ups" - argues Prof. Tabor.

The professor reminds that work on artificial intelligence (AI) has been going on since the 1950s. The initial inspiration for computer scientists were neurons, nerve cells capable of collecting, aggregating and passing a variety of information. In the course of further research on AI, researchers have abandoned attempts to mimic neurons. Now they are revisiting this idea. Computer scientists no longer create models of single neurons, instead they model entire artificial neural networks - like the ones functioning in the retina or in the brain.

"Neural networks are structures and software systems whose operation is similar to the processes taking place in the human brain. We now have a better insight into how our brain functions, and thus we can translate this knowledge and improve artificial intelligence systems, eliminating many of the existing limitations found in classical machine learning" - says Prof. Jacek Tabor.

He adds that the possibilities of using neural networks are endless. Artificial intelligence is already widely used, for example in speech recognition programs, translation of text and image processing. In the future, it will also be used in precise medical diagnostics, self-steering cars, and in forensic science to automatically describe photos and identify people or scenes.