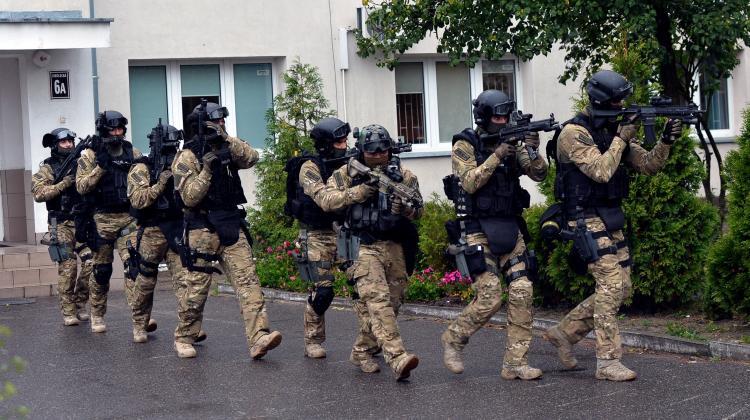 Prof. Ryszard Machnikowski from the University of Lodz will join the terrorist threats research team working at the Conservatoire National des Arts et Métiers (CNAM) in Paris. He will create analyses in the field of research on terrorism.

CNAM is one of the most prestigious French universities. Its Security and Defense Hub is a team of researchers dealing with the topics of terrorist threats, whose goal is international cooperation with the best experts in the field of forensics, cybercrime, defence, intelligence and terrorism.

Prof. Ryszard Machnikowski from the Faculty of International and Political Studies of the University of Lodz will be a member of a team dealing with topics such as Terrorism/Counter-terrorism, Radicalisation/Re-socialisation.

"The research topics I will pursue include the spread of Jihadism and Salafism in Europe, the spread of radical ideology and influence, as well as the key mechanisms of strategic and operational innovations introduced by armed jihadi groups and the psychological and social mechanisms used to spread jihadist ideas in cyberspace" - Prof. Machnikowski told PAP.

Building an international cooperation platform as part of the Security and Defense Hub began five years ago. The team`s partners include research units from the United States, Russia and Germany. Researchers also cooperate with NATO, the UN and the European Union.

Professor Machnikowski stresses that terrorism is international and global in nature, it crosses borders, which means that no place is completely safe and free from this threat.

"International research cooperation allows to take advantage of foreign experience that can be transferred to the domestic practice, to gain valuable contacts and carry out international research projects. I consider this invitation a great honour and an important recognition of my work, also abroad" - adds Prof. Ryszard Machnikowski, who has been dealing with issues related to terrorist threats for years.

The scientist from Łódź is a participant in international terrorism research projects. For five years he has been a member of the Scientific Council of the CNAM Criminology Studies; he is also a foreign expert of the French CNRS (Center National de la Recherche Scientifique) in this area. (PAP)