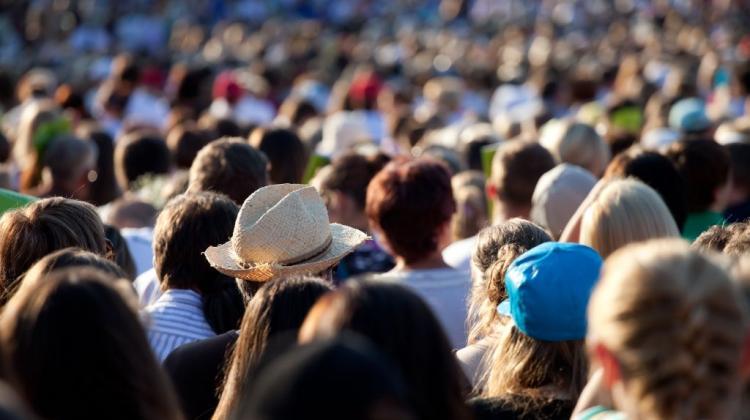 The importance of work and religion decreases in the life of Poles, and the role of friends and free time continues to increase, studies of sociologists show. Polish attitudes approach those found in Western societies, sociologist Prof. Mirosława Marody comments for PAP.

Member of the Polish Academy of Sciences Prof. Mirosława Marody from the Institute of Sociology, University of Warsaw with her team analyses the results of an international research project, in which every 9 years Europeans are asked questions about their values.

The research program European Value Systems has been conducted since the 1980s. In Poland, studies within its framework were carried out in 1990, 1999, 2008 and 2017. "Thanks to this we have data from 4 time points covering the entire transformation period. They show the changing values of Polish society" - Prof. Mirosława Marody says in an interview with PAP.

"The most important conclusion is the appearance of changes characteristic of +late modernity+ or even post-modernity. These changes in attitudes and values bring us closer to those prevailing in Western societies" - says Prof. Mirosława Marody.

In one of the questions, the respondents were asked to select the things they considered important in their lives. It turns out that Poles less often select religion. In 1990, it was selected by 51 percent people, and only 39 percent in 2017. The importance of work also decreases. On the other hand, there is a higher percentage of respondents who select free time (increase from 28 to 41 percent) and friends and acquaintances (increase from 23 to 42 percent).

"In 2008, Poles still treated work with a real reverence. Now it is evident that this is changing, but our compatriots - as well as citizens of other developing countries - still have a higher work ethic than citizens of countries such as the United Kingdom or the Netherlands, which were the cradles of capitalism. In those countries, people cease to consider work a crucial aspect of life" - the researcher says. She points out that the importance of free time and relationships with friends or acquaintances increases instead.

Commenting on the approach to religion, Prof. Marody explains: "We used to belong to religious countries, and now we are beginning to get closer to secularised countries. There has been a decline in the number of people attending Masses, but the number of people declaring themselves as Catholics has not fluctuated. Data show that fewer people consider Catholicism a matter of faith, they tend to perceive it rather as an element of culture, identity" - the researcher says.

Other changes that bring us closer to the West are changes in attitudes regarding the role of women in society. "In 1990, traditional attitudes - the role of a woman is to run a home and raise children - were maintained very strongly by about half of the society, and in 2017 the percentage of people who support these values is only about 12 percent" - says Prof. Marody. She gives an example that the percentage of people who agree with the statements such as "the child suffers when the mother works" or "men are better political leaders" systematically decreases.

MODERN SOCIETY? NOT ANY MORE!

Professor Marody clarifies that these are only some of the changes in attitudes that show that transformation is taking place in Poland - as in the western world - the transition from modernity to post-modernity.

"Modernity is a collection of traits in sociology that achieved their fullest expression in the nineteenth century and characterized Western societies until mid-20th century. In the sphere of culture, for example, it was the belief in the domination of one true religion. Or the belief that there is a strict division of tasks by gender" - Prof. Marody gives examples. She points out that - according to research results - such views cease to be popular in Poland.

She notes that the changes that take place in society are concealed with top-down attempts at arranging reality. "An example - doomed to fail, but still undertaken - is the attempt to return to the past. Let us build a revised, wealthy Second Republic. This can not be recreated!" - she says.

She adds that the responses considered to be indicators of tolerance for differences have clearly changed in Poland. She mentions that between 1990 and 2017 there was a decline in the percentage of people who did not want to have members of the following groups as neighbours: Jews (from 18 to 10 percent), homosexuals (from 71 to 30 percent) or people of another race (from 17 to 8 percent). However, in comparison with 2008, the percentage increased of people who would not like to have immigrants (from 18 to 21 percent) or Muslims (from 25 to 35 percent) as neighbours. "It`s not hard to see that these two categories have recently been the favourite objects for creating an enemy in political discourse. It is possible that if we were to carry out this study right now, the level of reluctance towards homosexuals would also be much higher" - the researcher comments.

CRISIS? WE ARE AFRAID

Professor Marody emphasizes that for many people the changes that are taking place are perceived in terms of a deep crisis. "According to theoreticians such as the French sociologist Alain Touraine, we are now dealing with the disintegration of society. You could think that nothing is falling apart and wonder if this sociologist is a hysteric. But if you dig into the data, you could notice a number of symptoms that indicate that the +disintegration of society+ may be the right term" - assesses Prof. Marody.

According to surveys, Poles have quite a lot of fear in them. And in addition, this fear does not correlate with almost any of the other indicators - for example, social group, age or values. "We are dealing with generalized, existential fear, the sources of which are not revealed by our survey" - notes Prof. Marody.

In addition to surveys, 12 group focused interviews were conducted in the project. "Statements of the respondents suggest that the source of this fear may be the disintegration of reality in which we have lived until now" - comments Prof. Mirosława Marody. "This is manifested, for example, in the fact that today it is difficult for people to determine what it means to be successful in life, and what failure is. Respondents also have dilemmas: how to guide children, how to lead a family life in a reality, in which work consumes most of their time" - the researcher says.

Focused interviews also show that in our society today we have a very high level of contempt for other people. "Contempt is the basic means by which an individual builds his or her sense of value. If I occupy the middle position in the hierarchy, I want to protect my self esteem so I despise both those who are on top and those who are below" - Prof. Marody points out.

According to the sociologist, both this fear and contempt are strengthened by the features of the dominant political discourse, in which fear mongering is usually associated with naming various social groups as "carriers" of these threats. "It is surprising that in this atmosphere people manage to maintain a more balanced view of reality. This is facilitated by Poland`s opening to the world and gathering experiences from life in other countries. The countries of the European Union are also becoming an increasingly important reference system for formulating expectations towards our own reality" - says Prof. Marody.

She adds that in a situation of "disintegration of society" as a system of shared meanings, interesting attempts to redefine the success criteria in life appear. Prof. Marody summarizes the story of one of the respondents, whose life seemed to be a series of failures and wrong decisions. "However, this man said that he was happy with himself, because he learned a lot from it, gained new experiences. And above all, he fights. This is a specific but interesting way to define success: I do not give up and manage not to lose" - she concludes.

The project "Values in the (global) crisis" is implemented under the National Science Centre OPUS grant. The research will continue for one more year. In the coming months, the researchers will analyse the responses of Poles against the background of the answers of citizens of other European countries.

"We also want to check how much the crisis - the transition from the modern to the post-modern world - leads to the structural divisions being replaced by the divisions of values. The first analyses already show that the views of Poles detach from their place in the social structure and begin to depend on more general ideas about what our life should look like" - the sociologist says.