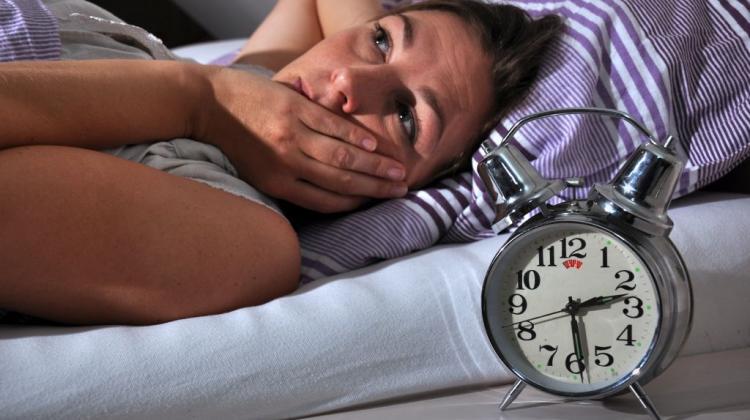 From the point of view of health, clock change always brings losses. Major sufferers are the sick, people with sleep disorders and children, says Dr. Michał Skalski from the Medical University of Warsaw, commenting on the EP`s decision to abolish daylight saving time.

The European Parliament in Strasbourg voted for the abolition of daylight saving time in EU countries - that is, to end changing clocks twice a year. The draft amendment to the directive provides that the last time change in the EU would take place in 2021.

EASIER FOR THE HEALTHY, WORSE FOR THE SICK

"Only half of us do not have any sleep problems" - Dr. Skalski notes. For healthy people, DST clock shifts are at worst associated with decreased form during the weekend. Such people have to adapt, but after 2-3 days their brains adjust to an hour clock shift - and again they fall asleep or wake up at the normal time.

It is worse for the other half of the population, people who have sleep disorders or live against their own circadian rhythm. Dr. Skalski, who combines scientific work with treating patients in the Sleep Disorder Clinic, explains that patients with insomnia or excessive sleepiness must teach their brain to fall asleep regularly or use naps wisely. In their case, changing the clock by as much as an hour means the necessity of a completely new behavioural training, additional stress and disruption of therapy.

The doctor says that even in children, sleep disorders are associated with obesity, cognitive impairment and elevated pressure. Doctors observe an increased number of heart attacks when people are forced to start and end activities at different times than those consistent with their own rhythm.

Dr. Skalski believes that we should not change clocks. He says that in various discussions and panels concerning daylight saving time, even economists argue that the change from summer to winter time - and vice versa - does not bring any profits. Losses, on the other hand, are evident.

"Historically, people would not turn on the lights and consequently consume less electricity. Now, air conditioning and other appliances that use much more power than the light bulb are turned on. And the costs of stopping trains, airports are huge. DTS is also associated with health losses, and those have only financial but also moral aspects. It does not matter if 10 or 15 more people die due to DST, or if there are 10 or 15 percent more heart attacks. Daylight saving is not worth even one death, one heart attack" - says Dr. Skalski.

The doctor emphasizes that winter time is natural for Poland and in his opinion we should stick to it. He considers the postulate that the entire Europe should have the same time absurd because, as he says: "look at where Portugal is, and where Finland is".

He also emphasizes that contact with the morning light is very important for people. That is why Dr. Skalski focuses less on whether we should decide on summer or winter time. It is more understand the importance of regular behaviours consistent with your own biological clock.

"As many as 30 percent of people in the world live against their own rhythm" - says Dr. Skalski, citing Australian research. It`s not just the so-called early birds forced to work late in the evening and owls forced to gut up for school and work at dawn. The problem also applies to shift workers and people who live irregularly.

"The biological clock gets out of control when people go to sleep and wake up at a different time every day. The circadian rhythm is responsible for everything, including hormones, immunity. Just six months of shift work and the person is already catching infections, it can even lead to sepsis" - Dr. Skalski warns. He mentions the case of a patient, a young, healthy man at the beginning of his professional career, who ended up in a hospital with sepsis caused by a significant immunity decrease as a result of night work.

The doctor cites the results of research done in a company among people working on one shift - and shift workers. Shift work means more infections and more frequent influenza. Physical and mental disorders result not only from lack of sleep - it is mainly about the desynchronisation of various biological rhythms.

"Our body has various synchronizers: the circadian rhythm, light and sleep. If we sleep +as God intended+, if we fall asleep in the evening and wake up in the morning, it is not important whether melatonin is actually secreted in the dark, cortisol secretion depends on the clock, and growth hormone is regulated by sleep. The important thing is that it happens regularly. But if we fall asleep at different times and get up at different times, then the rhythms are out of sync" - the doctor explains.

Dr Skalski emphasizes that sleep balances out because of quality, not quantity: the compensatory sleep is deeper, not longer. If someone, a doctor, policeman or security guard, does shift work, then such person should take care of good conditions for compensatory sleep. The body compensates for deficiencies, if it gets 7-8 hours of a peaceful sleep.

But we should not use this compensation too often.

"It appears that we can work like that up to two times a week. The important thing is age. During my studies, I could stay up a few nights a week. After 40, even one sleepless night significantly reduces my form" - admits the psychiatrist.

At the Sleep Disorders Clinic, the doctor treats patients who have trouble sleeping at regular times. Therapy consists in teaching their brains to turn on and off at a fixed time.

"Clock change will have an effect on therapy. It means that patients need to learn anew - regardless of whether a person suffers from insomnia, excessive sleepiness or sleep disorder" - the doctor says.

Dr. Skalski believes that parents have the right to prohibit children from doing their homework and learning late at night, even if it goes against the teachers` requirements. This is a common problem not only in the families of high school graduates and students, but also ambitious primary school children. He points out that children are more sensitive. Long-term sleep deprivation and lifestyle variability ruin their health.

An overworked adult man may not sleep one or two nights, and then catch up on sleeping, as do students who sleep for 3 hours a day before exams. When the exams are over, everything returns to normal, the expert explains. He says that long-term changes are the problem.

Children who start classes early in the morning are in the worst situation, the scientist says. "There is an interesting study proving how inferior physical and psychological form is of children who have the first +shift+ compared to those who have the second +shift+. Those who start school early sleep about 2 hours less on school days. They sleep more on weekends, but: they are more obese, have higher blood pressure, worse grades".

In his opinion the school offers the worst conditions to children when the week is organized similarly to typical shift work. For example, classes start late on Tuesdays and Thursdays, and on the other days - at 8 AM.

Dr. Skalski and other members of the Polish Sleep Research Society work to introduce changes in Polish schools: delay the time classes begin. He explains that even a few decades ago, everyone went to bed earlier. Back then, the bell at 8 AM was justified.

"Cartoons ended at 7:20 PM and the child sooner or later went to bed, because nothing interesting was happening: there was no internet, smartphones ... children could only read before bedtime. Now everything has moved to midnight. Adults often go to work later (in the past, traffic jams in big cities were worst at 8 AM, now at 9-10 AM). But children still start school at 8 AM, like they used to" - the doctor regrets.

He adds that 6-7 hours of sleep is not enough for a child. It has been proven that such a short sleep means a dozen or so times greater risk of obesity, hypertension, neurotic disorders, hyperactivity and - as the doctor says - other "nasty ailments".

THE MANY FACES OF INSOMNIA

Insomnia is a common term for problems with falling asleep, maintaining sleep continuity and waking up early and having a sense of not getting enough sleep. Most often it results from excessive arousal of the body. This may result from anxiety and depression, but it is also strongly associated with rhythm disruption. And it`s not about willingness and discipline. Whether we are owls or early birds cannot be changed, experts say. Forcing people to be active at times that inconsistent with their rhythm ruins life and health.

The Sleep Disorders Clinic also has patients who sleep a dozen or even 20 hours a day. Dr. Skalski treats such a patient, a gifted law student. The student passes exams without any problems, but the necessity to write a master`s thesis in a state of pathological drowsiness is a challenge beyond strength. "The only salvation is behavioural training, a few naps during the day, or stimulants that unfortunately are not refunded in Poland" - the doctor says.

It is better for a doctor if excessive sleepiness is a symptom of another disease. Then you can treat that disease and the problem slowly subsides. However, there is always the moral dilemma, what to adjust: the natural clock to a lifestyle forced by duties, or duties to the capabilities of the body.

"It`s never healthy when people adjust their clock to social requirements. I have a lot of patients who can not get pregnant because they live against this rhythm. A change of lifestyle has health benefits. You can stretch 2 hours, but not 4. This is a quick way to insomnia" - the doctor concludes.