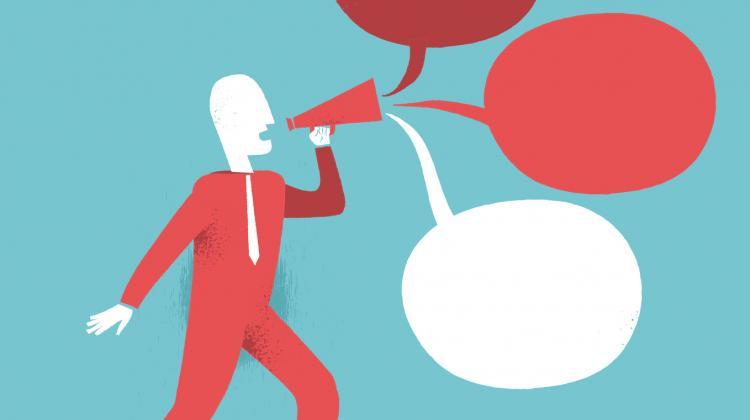 Foreigners in Poland who speak Polish - even with a foreign accent - are much better perceived by Poles than, for example, immigrants using English in the US by Americans, shows a study by Dr. Karolina Hansen from the University of Warsaw.

If you do not learn a foreign language in early childhood, only later in life, then while using it, you will always have the so-called foreign accent. "Speaking with an accent" is not a strictly linguistic term. It is a colloquial way of saying that a person who uses a foreign language sounds differently than a person speaking in his or her native language.

For several years, Dr. Karolina Hansen from the Faculty of Psychology at the University of Warsaw has been investigating how people who speak atypically (whose pronunciation differs from the standard one) - those who speak a foreign language with an "accent" - are perceived. She conducted experiments in Poland, Germany, the UK and the US.

"It was a big surprise for me that people speaking with an accent are not perceived everywhere in the same way" - Dr. Hansen says in an interview with PAP. It turned out, for example, that immigrants from Mexico in the US who speak English, immigrants from Turkey in Germany, or immigrants from China in the United Kingdom are perceived by Americans, Germans or Brits more negatively, than immigrants speaking Polish are perceived in Poland.

What affects the negative attitude towards visitors in many western countries? This is only the beginning of research, but - according to Hansen - it may be due to the large number of immigrants who have already learned the language in these countries. Now something more is expected of them: speaking without an accent.

"It seems that in these countries, as a minimum, people expect immigrants to speak English. After all, it is an international language. Only speaking the same way as most is an advantage" - she explains.

Hansen checked whether a similar mechanism works in Poland. "It turned out that foreigners speaking Polish, even with a strong accent, were perceived by Poles in a very positive way, despite the fact that Poles are quite prejudiced against strangers" - the psychologist says.

According to Dr. Hansen, the very fact that a foreigner speaks Polish means that the person put a lot of effort into it. The Polish language is not simple and it us used by a relatively small number of people. "This means that a person who speaks better or worse Polish is motivated and committed. That person takes the stay in Poland seriously - not only as a stopover on the way to Germany or France" - she adds.

Positive reaction to foreigners who spoke Polish was repeated regardless of the origin of the speakers - whether they were Arabs, Americans or Vietnamese. "It may also be related to the fact that Poles view their country as peripheral - therefore, more than, say, Americans they appreciate learning a language used by a relatively small number of people" - she adds.

Hansen reminds that Albert Einstein was among the geniuses who spoke a foreign language. When he spoke English, his did so with a strong German accent. "However, no one doubts his abilities and intelligence. Speaking with an accent in a foreign language does not mean that the person is less competent than the one who was born in a given language and speaks it without accent" - the researcher emphasises.