A new experiment to be built at the LHC; a Polish researcher among its originators 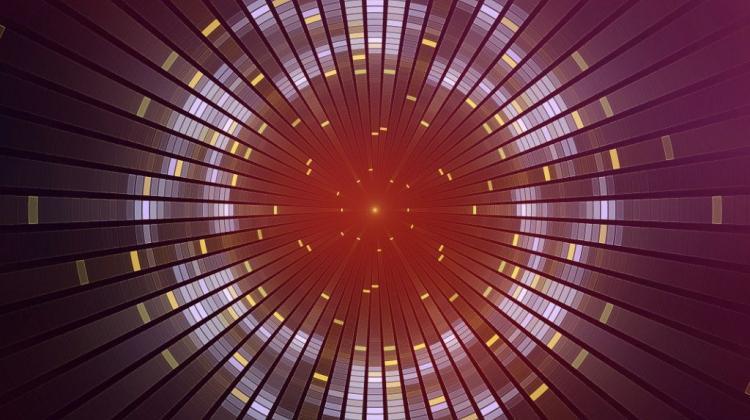 At CERN, a new experiment will be created at the Large Hadron Collider (LHC). The FASER multidetector will allow to search for particles that may indicate the existence of hypothetical dark matter. Its originators include Dr. Sebastian Trojanowski from the National Centre for Nuclear Research (NCBJ).

The National Centre for Nuclear Research informed about the new device in a press release.

The concept of FASER experiment has been proposed by Dr. Sebastian Trojanowski from the centre`s Theoretical Physics Division and three other theoretical physicists that cooperated with him during Trojanowski’s internship at the University of California, Irvine under programme Mobility Plus funded by Ministry of Science and Higher Education.

"FASER - as the new installation will be called - will be a multidetector designed to search for long-lived particles produced during collisions in LHC that can be a signal of existence of hypothetical dark matter. Astronomical observations suggest that the amount of dark matter in the Universe should be a few times higher than that of regular +atomic+ matter that people, planets and stars are made of" - reads the release sent to PAP by the centre`s spokesman Dr. Marek Pawłowski.

The experiment will search for new, so far undiscovered particles which can be produced in proton collisions, for example in the collision point in ATLAS detector. Scientists predict that these can indeed exist, but have not been detected yet.

"Such particles - if they are sufficiently light, if they are produced quite rarely and if they fly along the axis of proton beams - escape experimenters’ eyes" - explains Dr. Trojanowski, currently a postdoctoral researcher at the University of Sheffield. "It would be hard to see them as, for example, a clear signal of missing energy in the energy balance of collision products. A chance for their possible detection is placing the detector at a certain distance from the production point and trying to register the predicted decay products" - he explains

The proposed FASER experiment, recently approved by CERN, will be located approx. 500 m from the ATLAS detector in a service tunnel of the LHC. The system will consist of scintillators, magnets, trace detectors and a calorimeter, which measures the energy of products, if the decay occurs. "The whole few metres long system is partially composed of spare parts from the currently functioning LHC experiments` - explains Dr. Trojanowski. "The biggest investment will be ordering suitable magnets in CERN. Most of the costs will be covered by two American foundations: Simons and Heising-Simons". 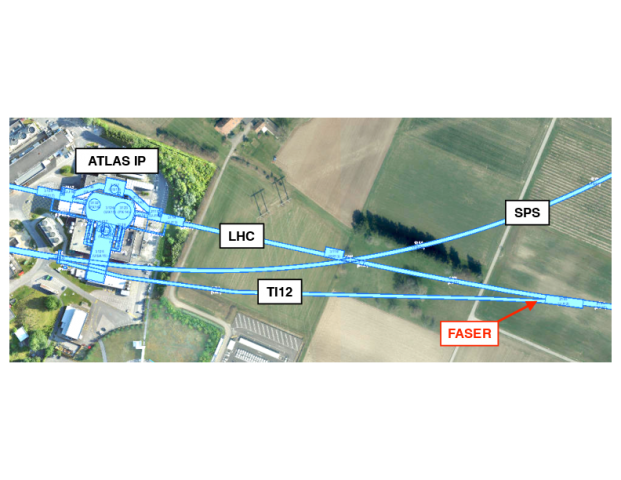 In addition to the four originators, currently over 20 scientists from Switzerland, USA and other countries are involved in the project. According to the schedule approved by CERN, installation work will be carried out during the next big LHC shutdown, and data collection will start in the LHC research cycle planned for the years 2021-2023.

According to the release sent by Dr. Pawłowski, scientists have been searching for new, undiscovered forms of matter for years. Astronomical observations provide arguments that are difficult to challenge. According to them, there is unknown matter in the Universe, which interacts mainly gravitationally with the building blocks of "regular" matter - atoms. Even though the calculations indicate that the amount of this undiscovered "dark" matter in the Universe is a few times greater than the amount of "regular" matter, so far we have not been able to produce it or observe its components in our laboratories. The proposed experiment is one of many proposals inspired by this mystery. Particles, which FASER will search for, could be the first element of the way to solving it. The possible negative results will also expand our knowledge and rule out certain theoretical concepts.