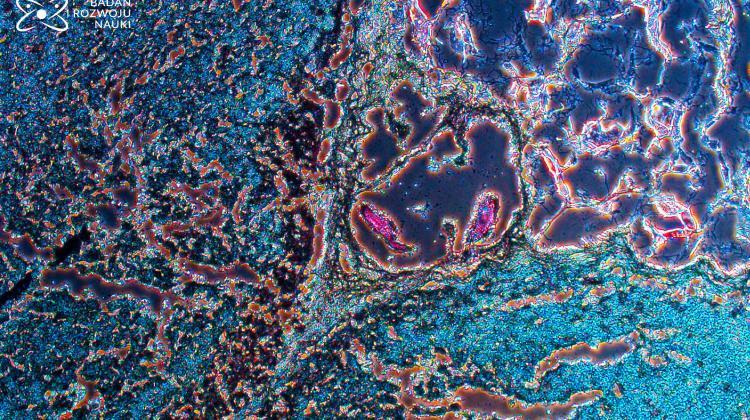 The world`s first bionic pancreas with blood vessels has been 3D printed by researchers from the Foundation for Research and Science Development led by Dr. Michał Wszoła. In April, the researchers plan to implant printed pancreatic petals in mice.

In April this year, the Foundation`s scientists plan to implant printed pancreatic petals along with pancreatic islets in mice to check their behaviour in a living organism. Experiments on pigs are scheduled for October 2019.

"No one has produced a parenchymal organ with full vascularity before" - emphasises transplant surgeon Dr. Michał Wszoła. He previously developed a new method of minimally invasive treatment of complicated diabetes using endoscopic pancreatic islet transplantation under the gastric mucosa. His latest project is the bionic pancreas, in the future also intended for the treatment of diabetes.

3D printed pancreas consists exclusively of pancreatic islets; there is no exocrine function found in a real pancreas. Researchers assume that in the future it may still restore insulin production in the body of a diabetic patient. Currently, this is possible only by injecting this hormone with a suitable insulin doser or pump.

Polish researchers have collected pancreatic islet cells from animals and mixed them with bioink - a substance with a composition that allows these cells to survive. Bioprinter began to arrange them spatially in the bioreactor in accordance with the model developed earlier. At the same time, using a second syringe, researchers printed blood vessels, through which the blood would flow in the organ.

"After printing such a pancreas, we did not look at how naturally it looks, we were not interested in that at all. We confirmed that we were able to print an organ with a thickness from 1 cm to 1.5 cm, and that this organ must have a dense vascular network so that all pancreatic islet cells would be well supplied in glucose and oxygen"- says Dr. Wszoła.

Polish researchers had to create a suitable bioink because none of the existing inks were suitable for this experiment. Another difficulty was ensuring that the liquid in the syringe, in the cartridge - after printing and action of physical and chemical factors - would turn into a solid and form layers, as well as maintain the structure.

"A mathematical study allowed us to assess how functional this organ would be after activating the bloodstream. How the blood would behave in this organ depending on the different values of its pressure and hematocrit, which tells how many red blood cells are in the blood. Some vessels had to be extended, others shortened" - says Dr. Wszoła.

In April, bioprinted pancreatic petals with islets will be tested on mice. These tests will continue until June. In October 2019, a few centimetres large bionic pancreas fragment with vessels will be tested on pigs. "We need to check how this organ will function in a living organism, how microcirculation will form in it and how its structure will change" - adds Dr. Wszoła.

According to the specialist, no one has done this before. "In other experiments, a suitable biodegradable scaffolding is populated with cells and then implanted in a human .This can only be used for certain types of tissues, such as cartilage, bones, trachea or bladder - but not for liver, pancreas, kidneys or lungs, because they are parenchymatous organs that need a vascular system. This vascularisation was a big challenge" - he emphasizes.

"On March 14, during a charity auction of scientific works, we will present the results of our work on the bionic pancreas and we hope to establish cooperation with the business in order to further develop the project" - says Dr. Wszoła. He explains that for now the bionic pancreas has been printed from animal, pig cells "But that does not matter, we are treating it as a model for research".

The 3D technology bionic pancreas project implemented by the Foundation for Research and Science Development is co-financed by the National Centre for Research and Development under the STRATEGMED III programme. The consortium members are the Nencki Institute, the Warsaw University of Technology, the Medical University of Warsaw, the Infant Jesus Hospital and MediSpace. The assumption of the project is to create a "tailor-made" pancreas from the patient`s stem cells, which would eliminate the risk of rejection.

The initiators and founders of Cellink, 3D biorpinting pioneer, are interested in the research of the Polish consortium. Erik Gatenholm and Hector Martinez will visit the Foundation`s laboratory and take part in a charity auction, the aim of which is to raise funds for the Foundation`s research.