Where do holes in our immune system come from? Scientists from Poznań explain 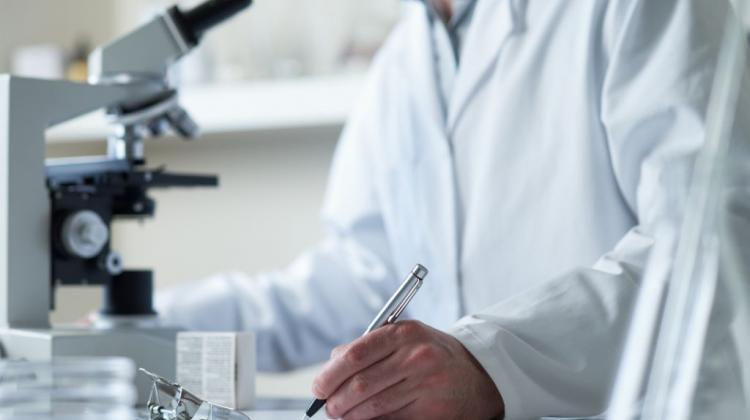 Researchers know more about the origin of the holes in the system that distinguishes our cells from pathogens. Research on this subject was by scientists from Adam Mickiewicz University in Poznań, and their results were published in the prestigious journal PNAS.

Our immune system is full of holes. That is why pathogens like the HIV virus or malaria parasites can hide from immune cells and wreak havoc in our bodies. And although there is a huge pool of genes in populations that allow to detect pathogens in the body, a single organism uses only a small portion of these solutions. Maybe for some reason it makes no sense for one body to have all the aces up its sleeve? The research of Polish scientists sheds new light on this issue.

SHOW ME WHAT`S IN YOUR BAG

Immune cells - T lymphocytes, our small guards - distinguish host cells from strangers using a specific "registration number" - a set of short fragments of proteins presented outside the cell. These are proteins found in the cell and presented by major histocompatibility complex (MHC) proteins. The cell presents what it has inside: its own proteins, but also proteins - antigens - of the pathogens that have attacked it. T cells use TCR receptors to determine whether the presented proteins belong to a friend or foe and whether the cell should be destroyed. There is a large repertoire of such receptors, which the lymphocyte can attach to the MHC molecule that presents an antigen. And, just like with guards, if a lymphocyte attaches to something, it`s a bad sign.

KNOWN METHODS WE DO NOT USE

Researchers have long wondered about the evolution of the number of MHC genes in the genome. In human populations, there are thousands of MHC variants, and evolution promotes diversity: a lot of evidence indicates that most of these variants were promoted in natural selection because they helped present antigens of pathogenic organisms to lymphocytes. Pathogens are constantly changing, trying to escape identification by the host`s immune system. It sometimes works, because each MHC protein can bind only to a specific, small pool of antigens.

And yet every human being has only a few or a dozen such genes in the genome. So why do we not have more of these MHC genes? Our susceptibility to diseases is often due to the fact that our set of MHC molecules is not able to present antigens from pathogens attacking us to lymphocytes. If we had more of them, there would be more options to show what`s inside the cell and pathogens would find it difficult to hide.

But researchers led by Prof. Jacek Radwan from the Adam Mickiewicz University in Poznań for the first time showed experimentally the dependence that the more MHC genes are in the body, the smaller the repertoire of receptors on T lymphocytes. This also negatively affects immunity. The research was published in the prestigious journal PNAS.

Prof. Radwan explains that before T lymphocytes are released into the body, to the battlefield, they must learn to distinguish between fragments of their own proteins and antigens - fragments from the enemy. The fact that lymphocytes recognize almost every antigen results from the diversity of their receptors. In humans, the repertoire of receptors on T cells can reach approx. 1 million variants. The point is that these receptors should not sound the alarm in contact with MHC molecules displaying fragments of their own proteins.

Lymphocytes with receptors that initiate an unnecessary, even harmful alarm (such an alarm can cause autoimmune diseases), are therefore - still in the process of training - quickly removed from the body. And the number of receptors that react too strongly with fragments of own proteins depends on the number of MHC gene variants.

"The more MHC variants we have, the more fragments of our own proteins we present, and the more T cells can auto-react - cause an excessive reaction of the body against its own proteins" - the scientist says. In order to prevent such false alarms, "overeager guards" must be quickly removed.

It is a trade-off. Having a very large number of MHC molecule variants would allow the body to present the majority of possible antigens, but then it would often attack its own cells, leading to autoimmune diseases. Removal of such excessively suspicious guards from service, ones that attack innocent citizens, in turn, results in a reduction in the number of policing forces. The way the system works, holes in security must be left somewhere.

NEW THERAPIES? NOT A CHANCE!

"Someone might think that gene therapy that strengthens immunity would be a good idea, so that at the early embryonic stage additional MHC gene variants would be added to our cells, and their presence would minimize the risk that dangerous pathogens will not be recognized by our immune system. But our research shows that such a therapy would have a different side - it would reduce the repertoire of receptors, TCR. So we would not achieve a higher level of resistance" - describes Prof. Radwan.

Research was conducted on voles - rodents selected for testing due to natural, inter-individual differences in the number of MHCs in the genome. Researchers sequenced RNA from spleens of these animals, where lymphocytes reside. They counted the number of variants of MHC proteins and TCR receptors. The proportion in individuals was indeed inverse - the more MHCs a given individual had, the fewer receptors there were. And vice versa (this concerned MHC class I genes). 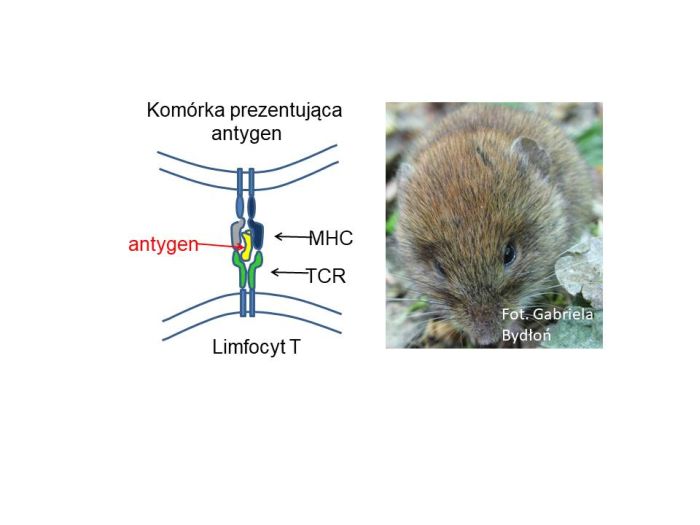 There are holes in our immune system. But not without reason. The study of the team of researchers, including scientists from the Adam Mickiewicz University in Poznań, sheds light on this issue. Source: Prof. Jacek Radwan

"The relationship between the number of MHCs and TCRs has not been studied experimentally before. There has been a 40 years old hypothesis regarding this issue, but we were the first to confirm it in practice" - the scientist concludes.