Life
This text can be copied
Katarzyna Florencka

Researchers: We must see the difference between natural and managed forests 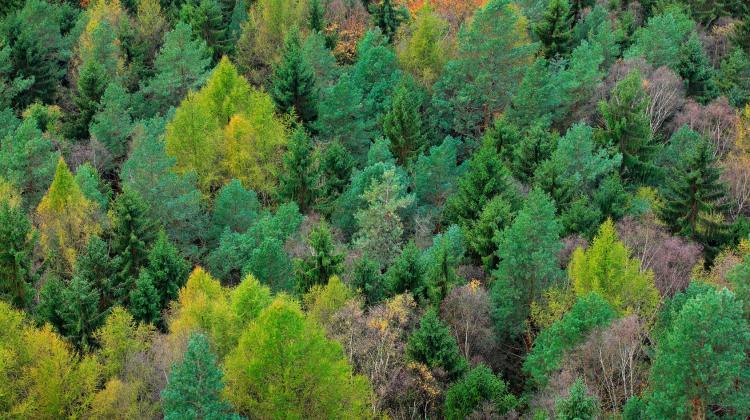 In order to effectively protect the areas of natural forests, such as the Białowieża Forest, people need to be made aware of the difference between natural and managed forests and this difference should be incorporated into EU and international law, nature conservation scientists said in Warsaw.

According to Prof. David Lindenmayer from the Australian National University, in the last 200 years, 35% of forests have disappeared globally, while 82% of the remaining ones are heavily degraded. Untouched natural forests, such as the Białowieża Forest, are extremely rare and very important, the scientists said during a press conference organized at the Faculty of Biology of the University of Warsaw in connection with the international scientific conference on the protection of natural forests.

Researchers emphasized that there was little public awareness of the differences between managed and natural forests. According to Prof. Malcolm Hunter from the University of Maine (USA), the former are simply "tree farms", whose main purpose is to be a source of timber, while the latter function for completely different reasons: they are, among other things, sources of water, they purify the air. Their role is completely different.

As the researchers emphasize in press materials, natural forests are the most diversified terrestrial ecosystems in the world. They are necessary not only for the functioning of the organisms that inhabit them, but also for maintaining the proper living conditions on our planet. Thanks to the huge accumulation of organic matter, numerous hideouts for animals and a specific microclimate, which is provided by tall, old trees, these forests constitute unique and complex ecosystems. However, their remaining area is extremely small; according to estimated data, in Europe there is only a few percent of the total forest area.

According to Prof. Hunter, EU and international law still does not distinguish between natural forests and managed forests. It is necessary to introduce such a distinction as soon as possible and find an effective way to protect natural forests.

The scientists present at the press conference argued that natural forests could bring much greater economic benefits as places focused on tourism than as sources of timber.

According to Prof. Lindenmayer, scientific and economic analyses have shown that the economic value of forests in tourism is much greater than in timber production. According to analyses carried out in Australia, the tourist value of forests is 22 times higher than in the case where they are used as a source of timber, and the protection of intact natural forests can bring great benefits to national economies.

As examples of a successful transformation of an area whose main purpose was commercial forest management into a protected area geared towards tourism, he mentioned selected areas of New Zealand or Australia. According to the scientist, one of the best examples is the Kosciuszko National Park in Australia. Although it has a huge tourist traffic, it is a very strictly regulated tourism that brings huge profits to the state, in which the park is located.

Prof. Tomasz Wesołowski from the University of Wrocław reminded that together with a group of other Polish scientists investigating the Białowieża Forest, in December 2018 he proposed that the entire Polish part of the Forest should be protected as a national park. Their proposal was based on the concept of potential transformation of the Białowieża National Park into a place that would generate revenues primarily as a tourist attraction. "The Białowieża National Park should be an open park, widely accessible to residents and tourists, and all forms of using the Forest that do not compromise its protection should be permitted" - the researchers wrote.

The conference "Forests at risk: Białowieża and beyond", which took place last week in Warsaw, was attended by over 150 scientists from 24 countries. The Faculty of Biology of the University of Warsaw hosted dozens of lectures, presentations and debates, during which specialists dealing with ecology, nature protection and forest biology sought to solve the problem of destruction of the last natural forests on Earth.