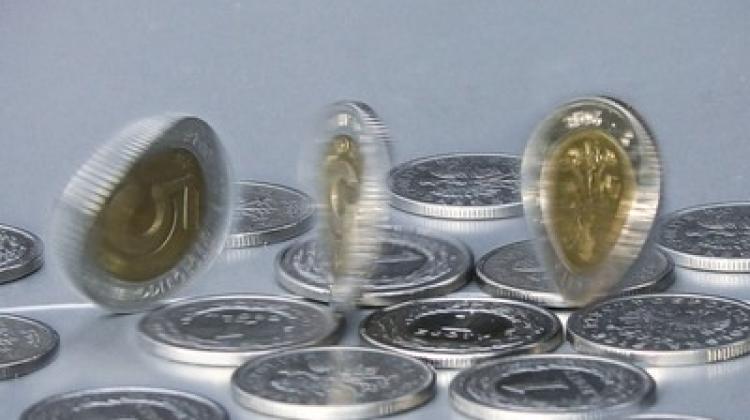 Scientists from Kraków have shown that quantum states may exist that simultaneously exhibit quantum properties and are as close to the classical states as possible within quantum mechanics, announced the Institute of Nuclear Physics PAS.

The boundary between exotic quantum reality and classical reality does not have to be as firm as it might seem, show calculations made by from Kraków. Theoretical physicists from the Institute of Nuclear Physics of the Polish Academy of Sciences in Kraków and a mathematician from the Institute of Mathematics of the Jagiellonian University have shown that these worlds may have more in common than one would guess. In the publication included in the collection of articles "Coherent States and Their Applications: A Contemporary Panorama" (DOI: https://doi.org/10.1007/978-3-319-76732-1_5), they describe the unique quantum states of a two-particle system that simultaneously exhibit classical and quantum properties.

The Institute of Nuclear Physics PAS explains in a press release that everyday, classical world is dramatically different from the world of quantum mechanics. In the former, in principle, everything can be precisely measured and predicted. All classical objects exist here in a specific place in space, in a specific state, and they are not able to immediately react to what is happening to other objects that are distant from them. Meanwhile, in the world of quantum mechanics, instead of certainty, we have only probability. Objects can be in different places and states at the same time and due to the phenomenon of quantum entanglement, they seem to react immediately to what has happened to their partners that can be at any distance from them.

It is widely believed that in the classical world quantum effects are imperceptible and can be safely omitted when describing a classical system.

Such thinking leads to the naive view that if something behaves classically, it does not behave in a quantum manner - and vice versa. But the reality is different. The classical world is a world of systems composed of a huge number of quantum objects, and its observable properties are, as the principle of correspondence would suggest, a borderline case of the properties of the latter. Understanding the nature of this borderline is not easy, and physicists still have much to do in this area.

"In our deliberations, we addressed a problem posed over 80 years ago by one of the co-founders of quantum mechanics, Erwin Schrödinger. It concerns the possibility of the co-existence, in a single quantum system, of properties that are separately considered to be quantum or classical" says Dr. Katarzyna Górska from the Institute of Nuclear Physics PAS, quoted in the press release. "We tried to find the answer to the question of whether they can occur simultaneously or they are mutually exclusive. Together with Prof. Franciszek Szafraniec from the Institute of Mathematics of the Jagiellonian University we showed that in a system of two quantum particles certain classical and quantum features can indeed coexist amicably".

The flagship illustration of the non-intuitiveness of the world of quanta is the famous Heisenberg uncertainty principle. It states that for any particle (for simplicity, with a fixed mass) it is not possible to simultaneously measure, with any precision, its position and velocity. If we know the exact position of the particle, we will not know anything about its velocity; if we know the exact velocity, we will not be able to determine its position. Moreover, the uncertainty of measurements depends on the state, in which the particle is, and since quantum particles can be in various states, the uncertainties can also vary.

States in which the Heisenberg uncertainty principle is minimized are called coherent and are highly similar to the states observed in classical systems.

In turn, the basic property of quantum systems is their superposition capability, that is, being in a state that is a combination of certain (and at the same time observable) states called base states. In the classical world, such quantum superposition does not exist, but physicists from the Institute of Nuclear Physics PAS propose to imagine it with a rather intuitive example: a coin spinning on a table. Here, the coin is in a state reminiscent of the superposition of two base states: heads or tails. We can even carry out a "measurement", that is, press the spinning coin to the table top (or wait for gravity to do this for us).

We then destroy the superposition and the coin shifts to one of two, most classical, states: it lies with either heads or tails on top.

"The above analogy is far from being complete" - notes Dr. Andrzej Horzela from the Institute of Nuclear Physics PAS. "The coin is a classical object, and when it spins, heads and tails remain unchanged, the coin simply cannot choose between them. So we really have three significantly different states in this system. Meanwhile, in quantum superposition there is only one state. Recalling the spinning coin analogy, we should see in it some form of head-tails or maybe tails-heads. That is something that escapes our imaginations, our classical intuition or maybe even our common sense. And what if our quantum state is additionally a coherent state, and therefore one regarded as being closest to the classical states, in which we always have either heads or tails?" - he adds.

Entanglement is considered the most important sign of the quantum nature of a system, coherence - a feature signalling closeness to the classical state. The states found by the physicists from Kraków are, at least in the mathematical sense, simultaneously coherent and entangled in relation to the entire system of both particles.

"Quantum states of a similar nature have already been considered in the past" - notes Dr. Horzela. "They have even been produced experimentally, starting from two coherent states, which were then entangled. The state thus obtained is entangled, but as a whole it does not have to be coherent. Our states are constructed in a way that ensures that they remain simultaneously coherent (i.e. they minimize the uncertainty principle) and entangled. Thus, they can be interpreted as objects that exhibit properties on the one hand close to a classical state, and on the other ones that are considered as typically quantum. The manifestation of their quantum nature is that they describe a system of two particles, which cannot be separated even when these particles do not interact with each other" - he explains.

The result of the scientists from Kraków is mathematical in nature. The question remains whether the discovered states can be created in a laboratory. According to the researchers from the Institute of Nuclear Physics PAS, it seems that there are no contraindications preventing their existence.

"The final answer, however, will only come from experience. The experimentalists, especially scientists dealing with quantum optics, thus have a great scope of activity ahead of them" - reads the press release.