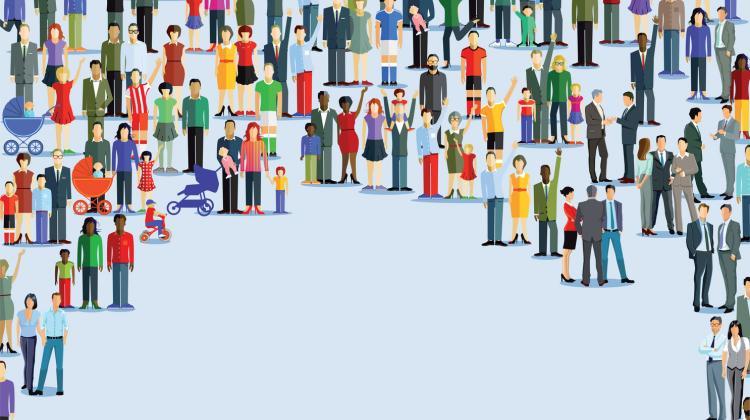 Dr. Mateusz Hołda, co-founder and leader of the scientific team HEART at the Jagiellonian University Medical College, is among the Europeans under 30, who are leaders in their fields. The list "30 under 30" was published by the American magazine Forbes.

The Forbes "30 under 30" lists recognise young entrepreneurs, founders of innovative businesses, scientists, social activists, artists, politicians and athletes who, despite their young age, have achieved significant success in their field. In 2016, Forbes started publishing separate lists for Europe.

This year`s "30 under 30 Europe" contains three Polish names. In the "Science&Healthcare" category, Forbes recognises Dr. Mateusz Hołda - co-founder and leader of the scientific team HEART - Heart Embryology and Anatomy Research Team, operating at the Department of Anatomy of the Jagiellonian University Medical College.

The work of Dr. Hołda`s team, which focuses on the study of cardiovascular morphology, results in heart models produced in the 3D Print and Visualization Laboratory, developed for medical and scientific purposes, the Jagiellonian University informs in the press release sent to PAP.

Dr Hołda explains that he is currently working on 3D reconstruction of image data (mainly from computed tomography), which later, thanks to 3D printing, take the form of spatial models. They are used not only for scientific purposes - assessment of heart anatomy, but also by clinicians during the diagnostic and therapeutic process of a particular patient.

"I am extremely happy to be among the most prominent and promising people of the young generation in Europe. I do not consider this an individual recognition, but I dedicate it to all members of my scientific team - without them, even a fraction of my achievements would not be possible" - says Dr Hołda, quoted in the press release sent to PAP.

He adds that "Forbes" recognised the team`s contribution to research on the structure of the cardiovascular system, especially its anatomy, which many may consider a closed science in which there is little room for new discoveries. "As you can see, we break this stereotype and conduct the highest quality morphological research, which is widely recognised. The place in the +30 under 30+ list is not only an honour, it also obligates us to further hard work" - says Dr. Mateusz Hołda.

Hołda was the first student in Poland - without a master`s degree - awarded a doctoral degree in medical sciences (this is possible in the Diamond Grant programme, of which he was a laureate). Doctoral dissertation defence in 2017 was not the only success of the young researcher, whose previous achievements already include several dozen scientific publications. He was also a laureate of nationwide research grants - the Ministry of Science and Higher Education programme "Best of the Best!" (individually in 2016 and again as a member of the HEART team in 2017), and the Student Nobel awarded by the Independent Students` Union.

In addition to Dr. Mateusz Hołda, the list included two other Polish names: in the "Entertainment" category, Maciej Musiał - actor and co-producer of the series 1983, the first Polish series produced by Netflix; in the "Sports&Games" category, Mateusz Tomaszkiewicz from the Polish studio CD Projekt RED.