Trees lose water as a result of climate warming 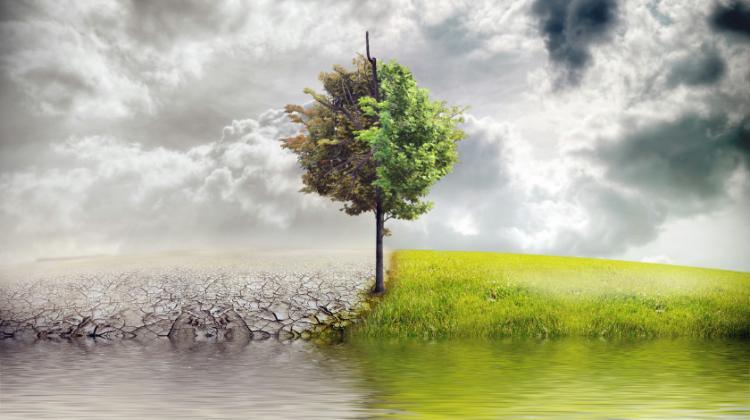 Climate changes limit the trees` access to water, scientists from the international team warn in a publication Science Advances, the main author of which is Dr. Flurin Babst from the Institute of Botany PAS in Kraków. The global study shows that the growth of tree rings was lower at the end than at the beginning of the 20th century.

The Foundation for Polish Science informed about Dr. Babst`s research in a release sent to PAP. The scientist is a winner of the Foundation`s HOMING grant.

The higher the temperature, the more water trees lose. The farther away the tree is from the pole or the mountain peaks, the more the lack of precipitation negatively affects its growth, according to a study published in the journal Science Advances. Dr. Babst has determined that trees struggle with water shortages, which results in smaller growth.

The research described in Science Advances was conducted by scientists from Poland, Canada, Switzerland, Romania and the United States. For the first time, researchers analysed large amounts of data on tree rings. The data came from 2710 places around the world and reflected climatic conditions prevailing in about 70 percent of all forest areas on Earth.

The researchers explain in their publication that the impact of climate fluctuations on the growth of trees is reflected in tree rings. Trees react mainly to environmental factors that significantly limit the growth of rings. In a cold climate, low temperature limits the growth of trees. This happens, for example, at high altitudes in the Alps, the Himalayas or in northern Scandinavia. In contrast, in a hot and dry climate, the growth of trees depends mainly on the amount of rainfall and becomes slower during intense drought periods.

Researchers compared the growth of trees with periodic climate fluctuations in the first (1930-1960) and second (1960-1990) half of the 20th century. The analyses were carried out for forests areas including North America and Russia, as well as Europe, Central Asia, New Zealand, Argentina and Chile. Based on the comparison of annual growth of rings, the scientists concluded that trees were more affected by drought in the later study period than in the earlier one.

Between the beginning and the end of the 20th century, the area where low temperatures limited the growth of trees decreased. This observation concerns mainly the boreal zone of Eurasia and North America, as well as areas located high in the great mountain ranges of the Alps, Patagonia and Tibet. Warming in those areas was above average, while the amount of rainfall changed only slightly. Botanists estimated that the trees were losing more water, and the soil and air became drier. They assumed that the climate would be warming both in these regions and in the boreal zone.

Researchers predict that if the amount of precipitation stays at the current level, in the next decades trees will struggle with the problem on a large scale. "In the far north - in areas up to 60 degrees latitude - trees will probably be exposed to dry periods on a regular basis" - says Babst.

The researcher notes that tree stands play an important role in the storage of carbon dioxide. Because of carbon bonding, trees neutralize emissions caused by man.

Flurin Babst is an assistant professor at the Department of Ecology at the Institute of Botany PAS in Kraków. Previously, he was a postdoctoral researcher at the Swiss Federal Research Institute WSL and the University of Arizona, USA. His main scientific interests include the impact of environmental changes on forest growth and carbon cycle in nature. He participated in many research initiatives financed from EU funds. He is currently the project manager in a project funded with a HOMING grant of the Foundation for Polish Science.