A sneak peak at giant feasts of black holes 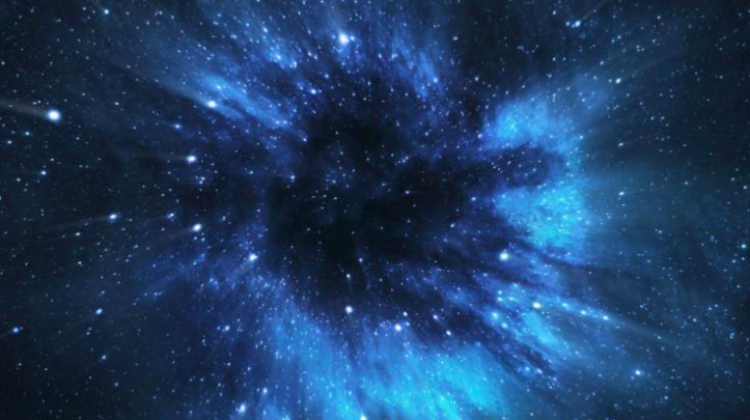 Why are black holes so massive? They surely must eat something. Actually, they must eat a lot! So far, only small meals of black holes have been observed. And now astronomers - including Polish researchers - observed a gigantic feast of black holes. These great meals have been going on for over a year.

The Polish telescope in Chile and a network of observatories around the world observed a violent phenomenon of a flare from a black hole, signalling a significant increase in its mass. The flare has not disappeared yet. Analyses show that this is related to the third, previously unknown process of mass increase of black holes. The research was published simultaneously in Nature Astronomy and Astronomy and Astrophysics Letters.

Our Universe is over 13 billion years old. It`s a lot for us, but from the point of view of black holes - not so much. If we take into account that there are black holes with masses billions of times greater than our Sun, we start to wonder how could these objects gain such mass with only such limited time available. They would have to eat one sun per each year from the beginning of the Universe! "But it turns out that there are episodes when a black hole devours 100-1000 solar masses at a time" - says one of the co-authors of the study, Dr. Łukasz Wyrzykowski from the Astronomical Observatory of the University of Warsaw.

Now, for the first time, such a great feast has been observed. And that on the example of not one, but two black holes.

Until now, the consensus was that black holes could grow in one of two ways. "The first possibility is that black holes are gluttons that never stop eating" - compares Łukasz Wyrzykowski. He explains that black holes are surrounded by gas that they slowly and systematically consume. You can observe a brightening around the black hole at this time, but it is not significant. "And the second possibility is that every now and then black hole eats a star that has strayed in its vicinity. Such a "dessert" is seen as a few months long flare. As a result, the black hole becomes a bit more massive" - he explains. He adds that this phenomenon is called tidal disruption event.

When scientists working in the Polish OGLE project observed a clear flare around the black hole OGLE17aaj in January 2017, they thought that the black hole was eating such a "star dinner". But the flare has not disappeared after a few months - as one would expect - and continues to this day. "The black hole obviously consumes something bigger than a star" - comments Łukasz Wyrzykowski. He adds that this could be, for example, a very massive cloud of gas.

The astronomer explains that there are large clouds of gas in the galaxies that can be many times, even hundreds of times more massive than stars. Stars are formed from such clouds. Sometimes such a cloud wanders near a black hole, sitting in the centre of the galaxy.

After the discovery, astronomers made a series of accurate spectroscopic observations using the largest telescopes in the world, including the ESO`s VLT and NTT telescopes located in Chile, and the South African 11-meter SALT telescope. The object was also monitored in the ultraviolet range and X-ray by the Neil Gehrels Swift Observatory.

According to the Astronomical Observatory of the University of Warsaw release, OGLE17aaj is 50% brighter in visible and ultraviolet radiation, and several times brighter in X-rays than in the case of tidal disruption. It is already known that this is a hitherto unknown third process, in which black holes gain mass.

Scientists assume that the flare will last several years and then the area of the black hole will fade.

In February 2017, a phenomenon with similar properties as OGLE17aaj appeared in the sky. AT2017bgt was discovered by the American All Sky Automated Survey for Supernova (ASAS-SN), which also involved Polish astronomers from the University of Warsaw.

The lead author of the article in Astronomy and Astrophysics Letters, Dr. Mariusz Gromadzki comments: "The spectra of both phenomena contained additional nitrogen-related lines that have not been observed so far in any temporary phenomena, so we quickly realized that we were dealing with something new".

"We are not yet fully sure what causes this sudden and dramatic increase in the rate of black hole accretion - says the lead author of the paper in" Nature Astronomy", Dr. Benny Trakhtenbrot from the University of Tel Aviv - We hope that we will discover more such phenomena, which will allow to better understand the growth process of black holes".

The OGLE Project of the Astronomical Observatory of the University of Warsaw is one of the largest observational projects in the history of Polish astronomy. It has been operating since 1992. Using a 1.3-meter telescope in Chile, the OGLE scientists track changes in the brightness of objects in the sky and make groundbreaking discoveries.