Quantum electrodynamics - such a beautiful theory 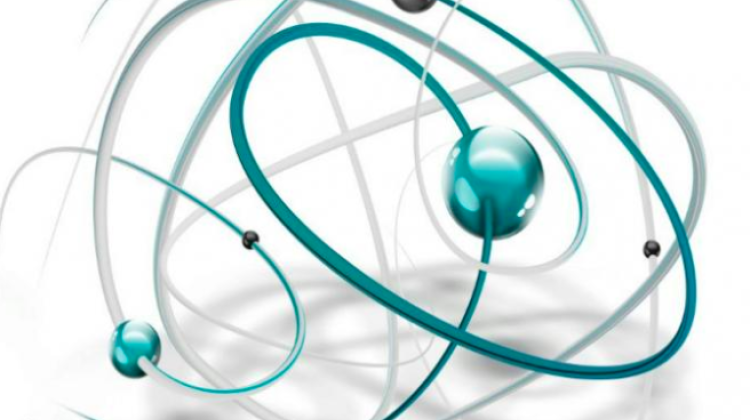 Lamb shift inspired us to create a beautiful theory called quantum electrodynamics. Through my calculations, I verified how accurate this theory is, says Prof. Krzysztof Pachucki, winner of the 2018 FNP Prize.

Professor Pachucki was in the 2018 FNP Prize winner in the field of Mathematical, Physical and Engineering Sciences for precise quantum electrodynamic calculation of spectroscopic parameters of lightweight atoms and molecules.

FROM THE ARMY TO NOBEL PRIZE WINNE`S TEAM

The early days of theoretical physicist`s career were unusual. After graduating from the University of Warsaw, he worked at the Faculty of Pharmacy of the Warsaw Medical Academy, where he taught mathematics and physics. Then he was drafted to the army. During military service, he contacted his mentor, Prof. Iwo Białynicki-Birula and passed the exam for doctoral studies. He ended up in the Center for Theoretical Physics of the Polish Academy of Sciences.

His doctoral dissertation concerned the self-interaction of electron in a hydrogen atom. "It causes the energy levels of the hydrogen atom to be subject to minor shifts. This is called the Lamb shift. It inspired us to create a beautiful theory called quantum electrodynamics. Through my calculations, I verified how accurate this theory was" - explains Prof. Pachucki.

At the same time, in Garching near Munich, a doctoral student of the future Nobel Prize winner Theodore Hänsch carefully measured this phenomenon. The Polish researcher finished his work almost at the same time, which made it possible to compare the results.

"Out results were nicely consistent. We verified that the theory - quantum electrodynamics - very precisely described the hydrogen atom, the energy shifts under the influence of self-interaction" - says the FNP Prize winner, who in the following years developed calculations concerning simple atomic systems.

After his doctorate, Prof. Pachucki went to the Max Planck Institute in Garching, where measurements in the hydrogen atom were performed. He was the only theoretician performing calculations in the experimental group.

"Although the Nobel Prize for Hänsch was not discussed yet at that time, it was the best centre in Europe - the physicist says. - After my return to Poland, cooperation continued. A few years later, Theodor Hänsch created a device, an optical frequency comb, which allowed to accurately and conveniently measure the frequency of light in any range. He received the Nobel Prize for it".

Professor Pachucki is still trying to investigate how accurate the laws of nature are. Together with colleagues, the researcher verifies the laws of physics by comparing very precise calculations with experiments. "If they are inconsistent, it is a signal for us that perhaps there is something we do not know. It is possible that there are other, still unknown forces. We want to discover them" - he says.

He admits that in most cases it turns out that the results of the experiment are wrong. But if there is still a difference after re-checking, that is a possible basis for the discovery of new laws of physics and new forces. What is the "fifth force"?

The physicist explains that we know four types of forces. There are electromagnetic forces and gravitational interaction. Strong interactions keep nucleons in the nucleus. The fourth force are weak interactions. They break the parity symmetry, due to which physics is different in front of the mirror, and different behind the mirror. It turns out, for example, that the right and left-handed molecules can have different vibration energies.

"But what if there are other forces? To discover them, we measure transitions in the hydrogen atom and other atoms, and compare them with calculations" - explains the scientist. He adds that although science can not yet describe the fifth force, there is solid evidence to suspect its existence.

"We know from the studies of gravitational interactions that there is dark matter. What`s more, there it is much more of it than visible matter. Nobody knows what it is, everyone is looking for it, but to be observed, it must interact with visible matter. Such an interaction may be the unknown fifth force. We are looking for any indications of this force at the laboratory table level, by comparing very precise experiments and calculations" - he explains.

According to the FNP Prize winner, every theoretical physicist dreams of finding proof of the existence of the fifth force. But "discoveries do not come to order". Researchers try to create such conditions of experiments to achieve the greatest sensitivity and accuracy and to be able to detect the smallest symptoms of this fifth force. They increase precision by means of new, more accurate measurements, for example in the order of 12 digits. The calculations most often concern the spectrum of the hydrogen atom, the helium atom, the hydrogen molecule.

"Sometimes we find discrepancies between measurement and calculations, we verify them, and so far - we find either errors or new effects, but within the framework of known physical laws" - says the professor. He notes that redoing someone else`s experiment takes many years.

Prof. Pachucki`s group is virtual. The researcher pursues projects in cooperation with scientists working in four different places (Vojtech Patkos in Prague, Vladimir Yerokhin in Saint-Petersburg, Jacek Komasa and Mariusz Puchalski in Poznań) and with PhD students and graduate students.