Researchers will help recover aluminium and PVC from tablet blisters 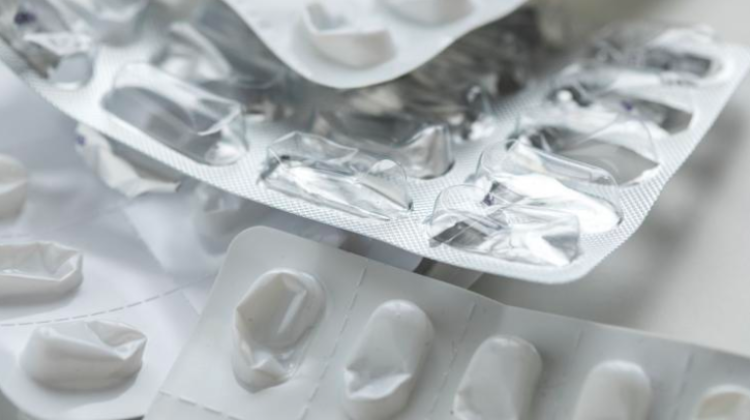 How to effectively recover aluminium and plastics from waste pharmaceutical blisters? Scientists from the University of Lodz patented an innovative method of recycling tablet packaging materials.

Until now, waste components from pharmaceutical blisters used to packaged the majority of drugs in the form of tablets were recovered to a very small extent - mainly due to the difficulty in separating the substances, from which they are made. Thanks to the innovative recycling method developed by a team of scientists from the Faculty of Chemistry, University of Lodz, led by Prof. Marek Zieliński, large quantities of blisters can be utilised to recover aluminium from them and protect the environment from the difficult-to-break down PVC.

The team leader Prof. Marek Zieliński emphasises that the advantage of the method is that the output of the recycling process of large amount of blister waste materials as well as unused blisters, withdrawn due to the bacteriological contamination, are two wholesome products: polyvinyl chloride (PVC) and aluminium, which can be reused.

The entire technological process is waste-free.

The blisters are sorted by PVC colour, and then granulated. The resulting granulate is placed in a hermetically sealed prototype container, designed by the team of researchers from Lodz, to which liquid substance is added to separate blister components.

"Blister components are separated in the container due to the difference in density: PVC material is deposited in the upper, and aluminium in the lower layer. After separating, both components are air-dried, without mixing them" - explains the scientist.

In the prototype blister separation device, an additional disk mixing device (that does not cause layers to rise and mix) has been proposed to accelerate sedimentation (aluminium deposit formation).

The authors of the invention are scientists from the Department of Inorganic and Analytical Chemistry, Faculty of Chemistry, University of Lodz: Prof. Marek Zieliński, Dr. Ewa Miękoś, Prof. Sławomir Skrzypek and Dr. Dominik Szczukocki. A company based in Łódź is interested in the implementation of the project.

Researchers have filed patent applications regarding both the separation of pharmaceutical blister waste components and the container they have developed.

The invention has gained recognition abroad. It won gold at the Kaohsiung International Invention and Design EXPO KIDE 2018 in Kaohsiung, Taiwan. It also received a special award of Toronto - Canada International Society of Innovation and Advanced Skills.

The project "Method of pharmaceutical blister waste components separation" is financed from the "Incubator of Innovation" project and implemented by the Technology Transfer Centre of the University of Lodz.