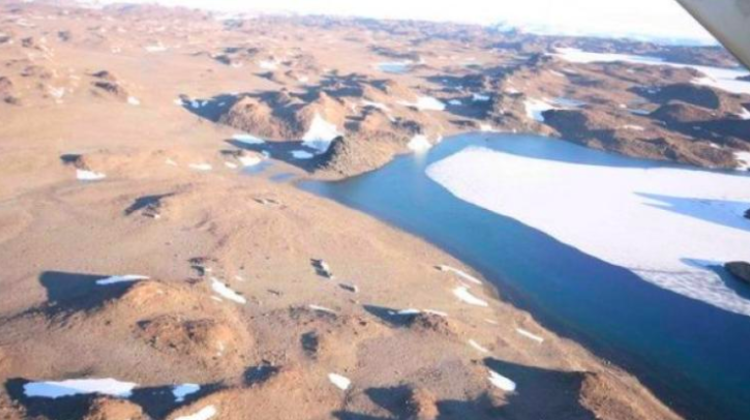 The Polish Academy of Sciences and the Institute of Geophysics PAS have concluded an agreement with Geoscience Australia regarding joint research in Antarctica. Part of this cooperation will be the revitalization of the Polish A.B. Dobrowolski Polar Station, which been decommissioned for around 40 years.

The Polish Academy of Sciences and the Institute of Geophysics PAS concluded an agreement with Geoscience Australia - Statement of Cooperation in Antarctic Geoscience. Based on this document, scientists from both countries may conduct joint research in the field of Earth sciences in the Antarctic, the representatives of the Institute of Geophysics PAS reported in a release.

This is the first document on scientific cooperation in the field of Earth sciences concluded at this level between Poland and Australia. Cooperation will include the exchange of scientific and technical ideas as well as scientific information and data for the development of research on the Antarctic sea and continent.

Poland has two polar stations in Antarctica: the Henryk Arctowski Polish Antarctic Station operating continuously since 1977, located on the Island of King George in the South Shetland archipelago, and the station that has not been used for about 40 years: the A.B. Dobrowolski Polar Station in the Bunger Oasis (Eastern Antarctica).

The first stage of cooperation with Australia will be the revitalization of the abandoned Dobrowolski Station. The facility will become a base for erecting autonomous geophysical stations on the exposed rocks of the Antarctic continent.

The first expedition of Polish geophysicists to the Bunger Oasis in 40 years is planned in three to four years, on the Australian icebreaker Nuyin.

The originator and leader of the station revitalization project Prof. Marek Lewandowski from the Institute of Geophysics PAS is convinced that the Bunger Oasis, which is a terrestrial analogue of the surface of Mars, can be a testing ground for automatic measuring equipment and other devices intended for space missions. "There is an area for cooperation with the Polish space industry and industrial partners concerning the design, production and use of high-efficiency energy sources, as well as satellite data transmission" - says Prof. Lewandowski. He adds: "In the future, it is possible to plan a modern survival capsule, in which a few people could spend several months conducting scientific research in the oasis".

Bunger Oasis is an continental, ice-free archipelago among freshwater and saltwater lakes. The first historically recorded human contact with the oasis took place in 1947. The plane commanded by Colonel David Bunger landed on one of the lakes of the archipelago, later named Bunger Hills.

The station in the Bunger Oasis was established in 1956 by the Soviet Antarctic Expedition, and then handed over to Poland. In 1959, the facility was renamed the A.B. Dobrowolski Polar Station. Antoni Bolesław Dobrowolski (1872-1954) was a geophysicist, polar explorer and pedagogue.

The station consists of two wooden buildings. Since 1979, the station has not used by polar explorers. Scientists emphasize that reaching it is not easy, because it lies deep inland. In 2001, the Polish Academy of Sciences gave management of the station to the Institute of Geophysics PAS.

The station is located on the shore of the Algae Lake. Geographically, the Bunger Oasis is located in the Wilkes Land (East Antarctica), approx. 130 km south of the edge of the Shackleton Glacier that flows into the Southern Ocean, which separates Antarctica from Australia.

The unique environmental situation of this place allows to conduct a whole spectrum of complementary environmental and technical studies. Some of these studies (seismology, geomagnetism, meteorology, atmosphere physics) will be conducted on a continuous basis, using autonomous measurement stations, while environmental research will be carried out in summer seasons (seasonal research), as part of expeditions to the Bunger Oasis. Seismological research will allow to better understand the structure of the Earth`s interior, in particular its core. In turn, geomagnetic monitoring conducted near the Earth`s magnetic south pole will enable a better understanding of the dynamics of processes occurring in the core.