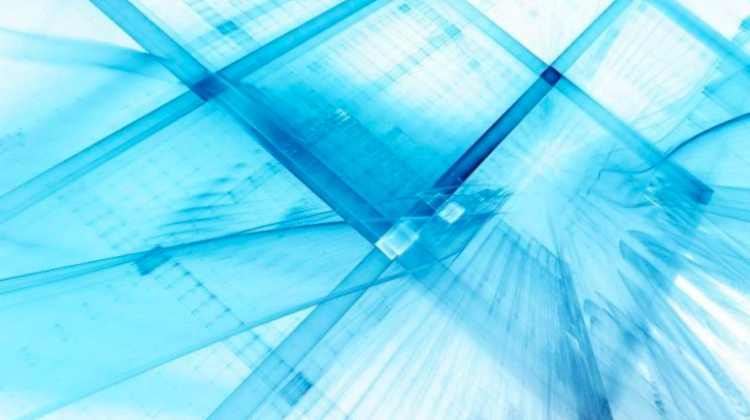 The winners receive grants of 50,000 euros per year for 3-5 years. The organization supports the creation of independent research groups and conducting innovative research by scientists with foreign experience.

Dr. Łukasz Piątkowski, a graduate of the Faculty of Technical Physics, Poznan University of Technology, will receive a three-year grant of EUR 150,000. As part of this project, the researcher wants to explain the role of hydration heterogeneity and hydrophobic mismatch in the organization of biomimetic cell membranes. The scientist also runs the project "HYDRA" financed by the Foundation for Polish Science.

His work concerns biomimetics - interdisciplinary science investigating the structure and functioning of organisms and their adaptation in technology and construction of technical devices on the model of the organism. Biological membranes provide the cell`s shape, stiffness and mobility. They are composed of a lipid bilayer in which proteins and carbohydrates are embedded. They facilitate contact and exchange of information with other cells. Membranes are also the site of many enzymatic reactions. The development of knowledge about them allows engineers to develop devices such as new biosensors and drug carriers.

Dr. Michał R. Szymański from the Intercollegiate Faculty of Biotechnology of the University of Gdańsk and the Medical University of Gdansk studies the mechanisms of mitochondrial DNA repair in humans. In the future, his research may contribute to more effective diagnosis and treatment of cancer and neurodegenerative diseases.

"Mitochondrial DNA damage that causes mutations contributes to mitochondrial dysfunction, which is associated not only with aging processes, but also with many diseases with complex aetiology, such as cancer and metabolic diseases (including diabetes) and neurodegenerative diseases (including Alzheimer`s) "- explains Dr. Szymański, quoted in the University of Gdańsk press release.

In the process of energy production there are mechanisms that constantly destroy DNA in the mitochondria, causing mutations. Mutations change the genetic material, which leads to defects in newly built "cellular power plants". But it turns out that the mitochondria have their own sets of DNA repair tools composed of enzymes. The proper functioning of these enzymes is important for the production of energy, and therefore the proper functioning of the entire organism and important organs, such as the brain, liver and muscles, whose functioning largely depends on energy.

Dr. Szymański graduated in biochemistry and biophysics from the University of Houston in the United States. He holds a PhD in Biochemistry and Molecular Biology from the University of Texas. His research has contributed to understanding the causes of toxicity and complications associated with the use of antiviral drugs. In October 2017, as a laureate of the National Science Centre POLONEZ grant and the Foundation for Polish Science FIRST TEAM grant, he started working in Gdańsk. He is currently the head of the Laboratory of Structural Biology. His group investigates the structures of enzymes responsible for the replication and repair of genetic material in both human cells and viruses and bacteria. This knowledge can later be used to create therapeutic strategies.

WARSAW - RESEARCH ON THE DIVERSITY OF MICROORGANISMS

Dr. Anna Karnkowska from the Faculty of Biology and the Biological and Chemical Research Centre of the University of Warsaw conducts research on the diversity and evolution of protists.

"When it comes to microorganisms, attention has been paid mostly to bacteria (prokaryotes), but in addition to prokaryotes and eukaryotic multicellular organisms, there is a huge group of single-celled eukaryotes called protists. I study their diversity and evolution, which allows to understand the evolution of the eukaryotic cell and the importance of these microorganisms for the functioning of other organisms and entire ecosystems" - says the EMBO grant winner quoted in the University of Warsaw press release.

The researcher`s interests also include the evolution of chloroplasts and mitochondria, transcriptomics and genomics of eukaryotic microorganisms, as well as the taxonomy and diversity of autotrophic euglenes.

Dr. Anna Karnkowska completed two postdoctoral fellowships. At the Charles University in Prague she was a member of the team that discovered the first eukaryotic cell without a mitochondrion. At the University of British Columbia in Vancouver (2016), where she continued research on anaerobic protists, she analysed the genome and reconstructed the metabolism and reduced mitochondria of the parasite decimating the oyster population. She also runs a National Science Centre grant project.

More than 1.8 thousand scientists are members of European Molecular Biology Organization. Its main goals include supporting particularly talented researchers at all stages of their careers, stimulating the exchange of scientific information and building an environment conducive to the achievement of the best possible results by scholars in Europe.