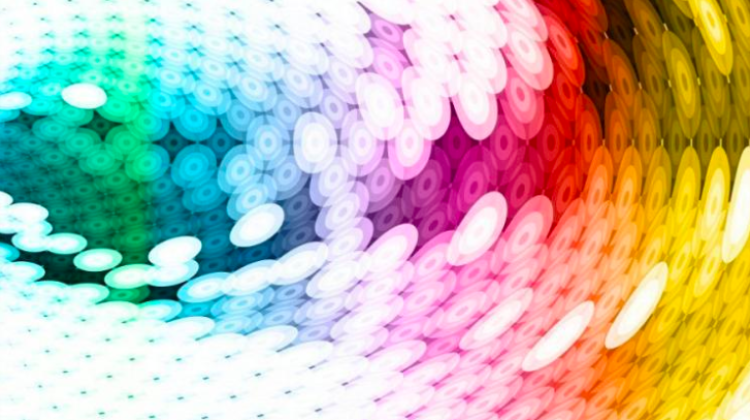 The colour of the cloudless sky can correspond to low tones, strawberries to high tones, and snow can sound like the sea. Colorophone, a device that turns a colour into a specific sound, is designed to work with glasses that a blind person would wear, for example during a walk.

Many scientists have worked on combining the world of colour with the world of sounds. Dominik Osiński, currently working at the Norwegian University of Science and Technology (NTNU), has come up with a new idea for changing colour into sound.

According to Osiński, the first electronic device for helping the blind was created in 1898, just over 20 years after the invention of the telephone. "Where are the phones today, and where are the support devices for the blind? It`s a huge gap. We wanted to change it" - says Osiński.

"We looked at how the human eye works, how it is built, what functions it has and on that basis we developed a method of coding colours with sound" - explains the author of the device. "Based on these observations, we created an acoustic colour space by assigning high-frequency sound to the red colour, mid-range sound to green, and low sound to blue. White colour corresponds to the sound resembling the sound of the sea. This way, by combining specific sounds, you can recreate the entire colour palette. That was the beginning of the idea for the Colorophone system" - he adds.

After installing and activating the app on a smartphone, the user points the cam at a specific object, and the phone will produce a sound corresponding to the given colour. A few minutes are needed to understand how the app works and how colours are marked.

There are colour identifiers for the blind and colour-to-sound conversion systems on the market today. But Colorophone is designed to be something more.

"We are currently designing new prototypes of special glasses equipped with a camera, an ultrasonic distance sensor and built-in headphones. These glasses allow the blind to understand the colour of the object the blind person is looking at, and how far away the object is. Wearing the system on the head helps engage the sense of balance and it will no longer be necessary to scan the surroundings with a phone, but instead +watch+ the world by turning the head, for example during a walk" - describes Osiński.

The system could be useful in many daily life situations. From identifying the yoghurt that you want to take out of the fridge to something as trivial as matching socks after washing. It could also help with more difficult tasks. "A blind person walking along the pavement and wearing our glasses will be able to easily check where the pavement ends and the lawn begins, where the pedestrian crossing is" - describes the author of the device.

He admits that for now the method is not as good as he would like. That is why it is still being improved. The first version of the application for people who are developing it is ready. In the near future it will be also made available to the blind. Its creators want to prepare universal fit prototype glasses for testers. According to Osiński, the production of the device is a 2-3 years perspective.

"We already know that the idea works. Initial sound recognition tests of 14 colours were carried out on five sighted people: We had one mistake per 70 colour recognition attempts, which means that 98.6% colours were correctly identified" - says Osiński.

He would like the application to be free, and the entire system to cost a maximum of 1-2 thousand zlotys. "We hope that it will not be a prohibitive price. We use components that are already widely available, consumer electronics, such as bone conduction headphones, which transfer sound through the bones to the inner ear. We do not interfere in biology, we do not implant anything" - he describes.

Colorophone is also used in a research project. Researchers from the Institute of Psychology at the Jagiellonian University will use it to check whether sound can activate the visual cortex and whether after a longer use of the device people hearing a particular sound will have the impression of a colour. 30 people will participate in the study. They will use Colorophon for three months, and their brains will be scanned with magnetic resonance before and after the study. Scientists want to find out if anything happens to the visual cortex of the subjects.