International scientific cooperation in Poland: The 1990s were a regression 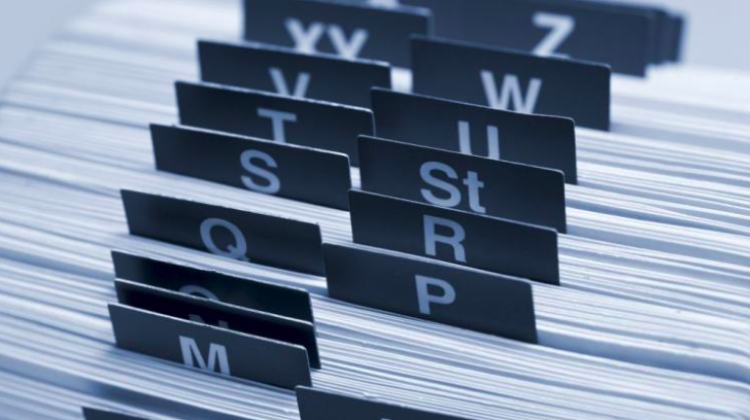 In countries such as France, Germany, Portugal, Sweden, the Czech Republic, Greece or Hungary, every second major scientific publication is created in international cooperation. In Poland, it is only every third publication. This is a result of the 1990s regression, the analysis of researchers from the University of Warsaw shows.

"Contemporary science is defined by cooperation, although it only began to be clearly visible quite recently, especially in the last 10-20 years" - says Dr. Adam Płoszaj from the EUROREG Centre for European Regional and Local Studies at the University of Warsaw.

He is a co-author of recently published book on cooperation in science "The Geography of Scientific Collaboration". The other co-authors of the publication are Agnieszka Olechnicka and Dorota Celińska-Janowicz.

"Over the centuries, scientific publications with one author or authors from one institution dominated. Even in the 1950s-1960s, scientific publications created by authors from many countries were a fraction of a percent of all publications" - notes the scientist. But in recent decades the share of international papers has been increasing rapidly. At present, papers authored by teams composed of dozens of scientists from many countries are not uncommon.

Dr. Płoszaj and his team analysed the global Web of Science database of scientific publications. The researchers checked how many indexed scientific papers had been prepared in international cooperation. The study covered the period from 1970 to 2013. 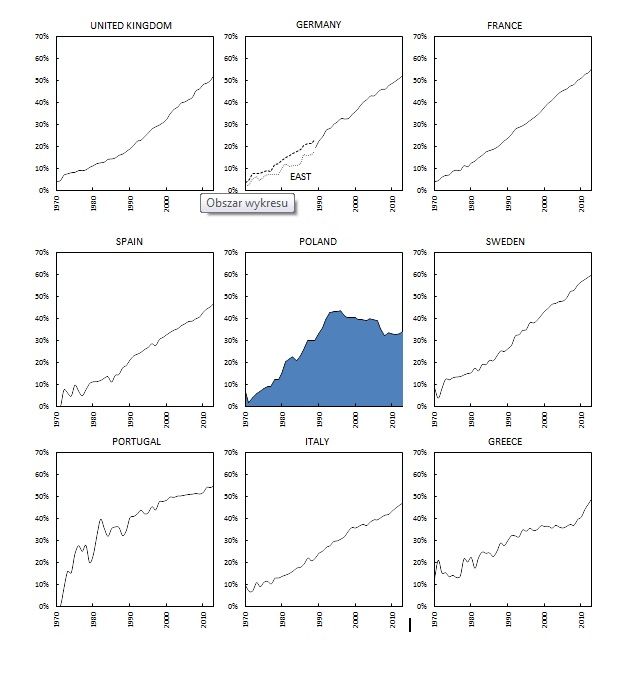 Percentage of scientific publications in the Web of Science database, which were created in international cooperation. Comparison of data from various European countries in the years 1970-2013. Based on data from the book "The Geography of Scientific Collaboration".

It turns out that in the majority of European countries, the graph shows steady growth throughout the analysed period. In European countries such as Portugal, Sweden, the Czech Republic, Slovakia, Greece, Ireland, Hungary or the United Kingdom, in recent years every second paper indexed in the international database has been prepared in international cooperation. In Poland, it is only every third publication - we are stuck at 34 percent.

Cooperation between Polish and foreign scientists was growing rapidly from the 1970s to the 1990s. In 1997, it peaked at 45 percent. Then, the percentage of international papers began to decline and eventually dropped to about 34 percent in 2013.

"Poland is one of the few countries where regression occurred during the period we examined" - summed up Dr. Płoszaj.

When asked about the reasons for this phenomenon, the expert reminded that in the 1990s there were not many system incentives for cooperation or funding for foreign trips for scientists. And yet for scientists such trips are an opportunity to establish cooperation. "Moreover, in those years Poland experienced an educational boom. The number of higher education institutions was growing. Instead of focusing on research, university employees devoted more and more time to teaching, often in several institutions at once" - the scientist reminds. Percentage of scientific publications in the Web of Science database, which were created in international cooperation. Data on Poland from 1970-2013. Based on data from the book "The Geography of Scientific Collaboration"

According to Dr. Płoszaj, another problem was the parametric evaluation system that discouraged from publishing in prestigious journals indexed in international databases. "And if you could earn as many points for a few weak single-author publication as for one good publication written with colleagues from abroad - what’s the point of making an effort" - he comments.

Dr. Płoszaj says that the factors that could contribute to the regression include the generation gap of the 1990s in the Polish education system and the outflow of young people (who could otherwise stay at universities) abroad and to the business sector.

WHY SCIENCE OPENS TO COOPERATION

The development of international cooperation in the world in the last 20 years and its high popularity is linked to easier communication, Dr Płoszaj notes. This includes the popularity of phones, the internet and lower costs of international travel. Thanks to this, scientists - even if they live far apart - can efficiently cooperate on solving one problem.

"Another factor is that science has become so complicated that making important discoveries requires cooperation, and there are many scientific problems today that one person would not able to solve" - says Dr. Płoszaj. He gives an example of bioinformatics, where it is necessary to combine specialist knowledge in the field of, for example, molecular biology with the ability to write complex algorithms. "There are very few people who can do all this" - he says.

"The aim of science is to expand, shift the boundaries of cognition" - says the scientist. To show how knowledge is growing, he draws a small, round pie on a piece of paper. It illustrates that in the past knowledge gathered by people was small and easy to crack. But with time, the pie began to grow on the edges from each side, it grew bigger, eventually becoming a huge cake that is today`s science. To get to the boundary of knowledge from the centre of this cake, you have to bite through an ever-larger piece. Eating the whole cake, or even one wide piece, is no longer a task for one person. "A young scientist who begins his or her career, must devote more and more time to reach the boundary of knowledge, because this boundary is always moving away" - he says.

It is impossible to become an expert on everything, because you can not obtain the knowledge you would need in one lifetime. "Hence the specialization among scientists" - he notes. To expand the knowledge, contacts between specialists who do not always live in one city are necessary. The need for international cooperation becomes obvious.

It turns out that international cooperation brings tangible benefits. "Multi-author publications, especially those created in international cooperation, are cited more often than others" - says Dr. Płoszaj. Several authors combined usually have more friends than one author, and as a result, information about their work reaches a larger number of other researchers, increasing the citation potential. But not only the promotional aspect is important here. It turns out that experts also evaluate the quality of multi-author publications higher than publications written by single author or a smaller number of co-authors. There is also a positive effect of the diversity of co-authors. The more diversified the group of authors - different disciplines, institutes, cities or countries - the more citations. "In a group it`s easier and have a good idea and catch errors" – concludes the scientist.