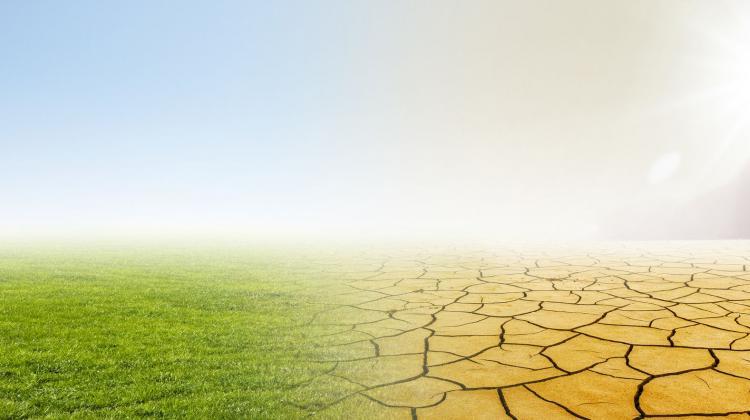 We do not have any proven methods of climate engineering that would stop global warming; we must make better use of the Sun as a source of energy and change our habits if we want to survive, says atmospheric physicist Prof. Szymon Malinowski.

"We do not have any proven methods of climatic engineering that would stop global warming" - Prof. Malinowski evaluates modern methods of artificial climate control.

One of the ideas - he mentions - is to cut off part of the solar energy supply to the Earth. This would result in changing our planet`s energy balance. Global warming is caused by the fact that with almost constant inflow of solar energy, the increasing greenhouse gas levels in the atmosphere make it difficult to radiate this energy into space. Prof. Malinowski points out that such an approach will not reduce the amount of carbon dioxide (CO2) in the atmosphere.

"This is not a good solution because carbon dioxide - in addition to being a greenhouse gas - has certain other properties, it is a carbonic acid anhydride" - notes the physicist.

In the case of increased CO2 absorption by the oceans, there is a change in the pH of the water that becomes less alkaline and more acidic. Abandoning carbon dioxide reduction destroys the balance of the marine ecosystem, because a large part of fauna will not adapt to the new conditions.

"Therefore, even if we apply climatic engineering that involves covering the Sun, be it by spraying aerosols or by changing some properties of clouds, or by placing mirrors in orbit that will reflect solar radiation, we will touch not this second problem, which is equally serious" - says Malinowski.

Another way to combat warming would be to remove CO2 from the atmosphere and store it underground. "This is a science fiction idea" - says Malinowski and adds: "Why would we want to remove carbon dioxide when it is a very difficult process? It`s better to stop emitting it".

According to the expert, there is no turning back on stopping CO2 emissions to the atmosphere if... we want to prevent the extinction of humanity. "This is the last call to take action on a large scale - not the time to wonder if it would be better to choose a small hybrid car instead of buying a large SUV, or refuse a plastic bag in the store. We now need large-scale, globally coordinated system changes that will cause a rapid reduction of carbon dioxide emissions to the atmosphere on a global scale" - he emphasises.

He points out that the energy produced by the Sun is within our reach. "If we covered the surface equal to the area of Warsaw with currently produced photovoltaic cells, then the annual production of electricity under the current conditions in Poland would be equal to energy production of all the power plants we have in the country combined" - he says.

Technological possibilities could also solve the problem of winter energy demand. "Sometimes we do not need electricity, just energy in the form of heat" - says Malinowski. He adds that the technologies that exist today allow, for example, to accumulate a sufficiently large amount of hot water heated by the sun, and release it into the city`s central heating system in winter.

He also stresses that people have to change their habits. "We`re wasting energy left and right" - the physicist says. He notes that "only a very small part of the energy we use does productive work". In his opinion, "the vast majority of energy is used to satisfy our whims, which do not really affect the quality of life, but from time to time they improve our moods".

"I`ll take a plane for a vacation, because cheap airlines have tickets on sale, or it`s more convenient for me to drive 200 m to a store by myself, than walk this distance. That is what`s killing us, literally killing our entire civilization" - he says.

"In 2017 we had another CO2 emissions record, in 2018 we will have a new one" - says the physicist. He also draws attention to the huge gap between what is being said at climate conferences and actual climate action.

To explain this, the professor uses the tragedy of the commons concept known in psychology and economics. When only a limited number of cows graze on the pasture, and grass can grow freely, there is harmony. But if a shepherd, who wants to increase his wealth and earn extra money from the sale of milk at the expense of the others, releases additional cows onto the pasture - there will not be enough grass for all animals.

"We are exactly in the same situation. We will either comprehend the problem and apply a solution, or we will be looking at very short-term and doubtful profits that will simply eat the future completely and cause us to pay the cost that we do not expect right now" - concludes Prof. Malinowski.