They use VR to repair hearts 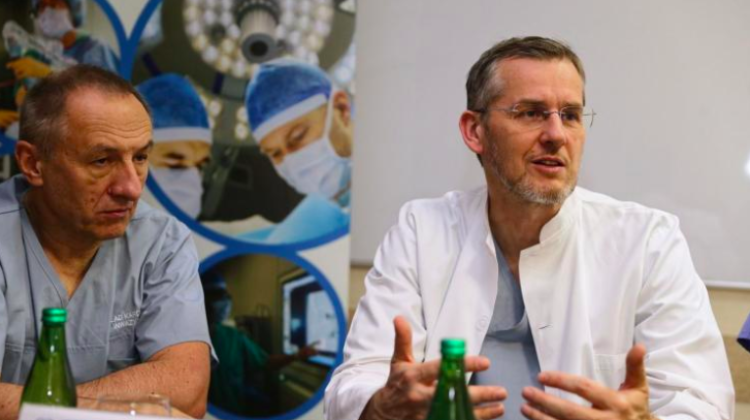 Hololens glasses allow to transform previously performed tomography into a three-dimensional silhouette of the patient. "We create something like an anatomic avatar of the patient" - explained cardiologist Prof. Wojciech Wojakowski, head of the 3rd Department of Cardiology at the Upper Silesian Medical Centre.

Mapping the results of tomography on the patient`s body allows doctors to see a three-dimensional image of the heart, aorta and femoral and cervical arteries, through which they must lead a catheter to implant aortic valve. They can also display a three-dimensional heart between themselves and the screen of the X-ray machine, to choose the method of valve implantation and reduce the amount of contrast. This is important for a large group of patients suffering from kidney diseases.

This technology has been used for educational purposes for several years. "Until recently it was a nice, three-dimensional anatomy textbook. Now there are possibilities of using it (...) in orthopaedics and vascular surgery" - said the head of the Invasive Cardiology Department, Prof. Andrzej Ochała.

Cardiac surgeon Dr. Damian Hudziak pointed out that the technology could be very useful in the event the patient has to undergo surgery again after previous cardiac surgery. "In this case, the anatomical structures are so unpredictable that using this technology will allow to avoid many complications" - he stressed.

Doctors also point out that the technology allows to transmit the image seen by the operator, for example for the purpose of urgent consultation with an outstanding specialist in a given field.

The Upper Silesian Medical Centre of the Silesian Medical University in Katowice received the Hololens glasses thanks to the cooperation of cardiologists and cardiac surgeons from this hospital with the biomedical engineering specialists from the Politecnico di Milano.

This is another step in the dynamic development of the TAVI (Transcatheter Aortic Valve Implantation) method of structural heart diseases treatment in Poland.

Narrowing of the valve is a heart defect that impedes the outflow of blood from the left ventricle to the aorta, which, in its severe form, leads to heart failure, and untreated - in a few years` perspective - to death. It mainly affects the elderly, after the age of 75. The valve has a tendency to calcify, loses elasticity and hinders the outflow of blood from the heart. Patients may experience low physical performance, shortness of breath or dizziness during exercise.

The basic method of treatment is surgery, but it cannot be performed in some patients due to concomitant diseases that increase the risk of classical surgery. The TAVI method consists in the minimally invasive introduction of a stent with pericardial patches, which replaces the affected valve and saves the lives of patients.