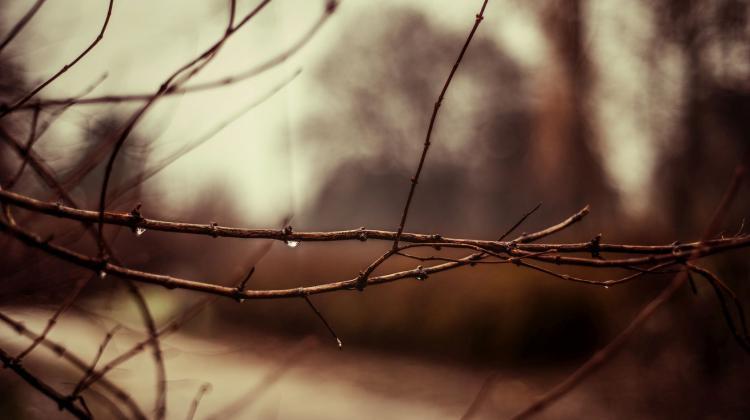 According to the physicist of the atmosphere, Prof. Szymon Malinowski from the Faculty of Physics at the University of Warsaw, co-author of the book "Nauka o klimacie"("Climate Science"), the seasons are now very different from what older generations are used to. Winters become grey, rainy, devoid of snow cover and often - the sun. "There is also the possibility that there will be two weeks of frost and a very large snowfall, which will occur two or three times" - the scientist noted in an interview with PAP.

The professor explains the mechanism of this change. "In the amount of ice in the Arctic decreases significantly during the summer months and the autumn temperatures much higher than they used to be are very probable. Even if we have an inflow from the north, the air comes from an open ocean where temperatures are around zero degrees, and not from a layer of ice, over which the temperature can be minus 20 or lower" - he says.

He adds that only in the second half of winter - when the Arctic freezes and the Asian continent cools down - the likelihood of frost in Poland gets higher. It remains quite large even in March or early April.

According to Prof. Malinowski, it will be very difficult for people to prepare for changing climatic conditions. From time to time - though quite rarely - "there will be situations threatening with service shutdowns". Preparing for such situations is connected with expenses for maintaining the readiness of equipment or people, who can be sent to combat the effects of snowstorms, for example.

Malinowski emphasises that global warming does not only mean an increase in average temperatures. It will also mean greater variability of weather conditions and more frequent extreme events in the warm season. "Extreme situations are only slightly less likely than before, while extreme heat waves in summer and mild winters are much more likely" - he says.

In Poland in the 1970s, during the year, there were statistically 4 days with temperatures above 30 degrees, while according to the website naukaoklimacie.pl there were already on average 13 such days per year in the last decade. The summer of 2018 was record warm and high temperatures also persisted in autumn.

On 5 November, there was a record-high temperature in November in the history of Poland, with 26.2 degrees Celsius recorded at the Polana measuring station in the Bieszczady Mountains.

According to Prof. Malinowski, extreme weather phenomena that we observe on a daily basis are a direct proof of global warming.

Malinowski also mentions the fires in California. "The media in the region directly present opinions and scientific evidence that the scale of fires occurring at the moment (...) is a clear effect of global warming" - he says.