National Centre for Nuclear Research: Isomers of superheavy elements can be much more stable than previously thought 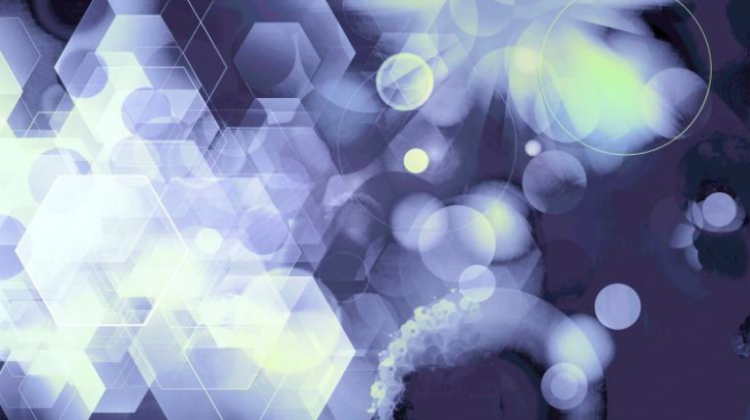 Some isomeric states of superheavy elements may have half-lives measured in seconds, tens of thousands of times longer than the half-lives of their very unstable ground states. If such exotic nuclear states are experimentally produced, they will be stable enough to study their chemical properties.

Such conclusions are indicated by the results of the work of a team of theoreticians from the National Centre for Nuclear Research and the University of Zielona Góra. The Centre informed about the research in a press release.

The periodic table currently contains 118 elements, but only 80 of them have stable isotopes. Nuclei of unstable isotopes break down sooner or later. In some cases, half-life is very long, counted in millions of years, in others it is less than a millionth of a second. All isotopes of the heaviest elements are unstable. Half-life shorter than one second currently does not allow to determine the chemical properties of the element, in particular the periodic table group, to which it belongs, reads the National Centre for Nuclear Research press release.

Atomic nuclei are systems composed of protons and neutrons that interact with each other in a way that we can only approximately describe. In the heaviest nuclei, the total number of nucleons - protons and neutrons - reaches 300. In the macroscopic world, known from everyday experience, complex systems may undergo disturbances, for example start to vibrate or rotate while remaining bound. In the world of complex systems that create atomic nuclei, governed by the laws of quantum physics, disturbances may also occur, and transitions of systems to excited states correspond to them. The difference - and in fact the essence of the world on the quantum scale - is that the energies and other parameters of quantum excited states can not freely change as a result of the disturbance. Acceptable changes are strictly portioned, quantized - explain experts from the National Centre for Nuclear Research.

According to the National Centre for Nuclear Research, excited nucleus has more energy than a ground state, and generally quickly, in about one billionth of a second, returns to the ground state, giving off excitation energy in the form of gamma quanta emission. But in some nuclei, such excited states last for a much longer periods of time. These nuclei are called isomers. One of the manifestations of their internal excitation can be the change of spin (the quantum equivalent of angular momentum, used to measure how "fast the components of the system are rotating"). The nuclei in the isomeric state form atoms with the same chemical properties as the nuclei in the ground state.

"In 2001, darmstadtium-270 isotope was discovered in the GSI in Germany. It turned out that it decays by emitting an alpha particle, like most super-heavy elements, but its half-life is about 60 times longer than the half-life of the ground state isotope. Isomers with longer half-life than the ground state were known for lighter nuclei, but the decay of the darmstadtium isomer by emission of an alpha particle meant that a typical electromagnetic (gamma) decay is less probable for this nucleus. The question arose whether there were also other isomers of super-heavy elements, whose half-life was extended in relation to the half-life of their ground states" - the message reads.

A team of Polish physicists attempted to assess the effects responsible for the forbidden alpha decay. When calculating and estimating, researchers searched for such super-heavy nuclei, for which alpha decay would be forbidden most. It can be expected that these nuclei would be the best candidates for long-lived isomers.

"Purely experimental determination of the excited state structure is virtually impossible" - explains Prof. Michał Kowal, head of Department of Theoretical Physics at the National Centre for Nuclear Research, quoted in the release. "It has been suspected that excitation of neutron pairs is responsible for the observed stability of darmstadtium-270. Our calculations show that proton excitations are more important for stability" - he adds.

The excited states in question can be imagined as systems in which some of the nucleons - for example two protons, two neutrons or both pairs simultaneously - are not in their ground position, but rotate around the core of the nucleus in the same direction. In some nuclei, this excited state can have a total spin of up to 19 or 20 Planck constants. The dominant decay channel of the nuclei in question is the alpha decay, the emission of a helium nucleus composed of two protons and two neutrons. Alpha decay of nuclei from isomeric states may occur to the ground state or to one of the excited states of the daughter nucleus, reads the press release.

"Nobody can accurately calculate the half-life of an isomer based on alpha decay" - adds Prof. Kowal. "But we do know that forbidden alpha decay is associated with at least three causes: the difference in the structure or spin of the initial and final states and the difference in energy of these states. The alpha decay to the daughter nucleus in the ground state requires the change of the spin of the nucleus by twenty Planck constant units. That is a lot! The centrifugal barrier associated with this change is huge and virtually completely blocks this decay. In addition, due to the completely different structure of the initial and final states, the decay is additionally strongly forbidden. These two effects mean that decay to the ground state of the daughter nucleus will be extremely unlikely. In turn, decay to the daughter nucleus in an excited state with a similar spin as the original isomeric nucleus is only likely to occur if that state has a low excitation energy compared to the excitation energy of the emitting nucleus. This is not the case for some of the considered nuclei, which is why we suspect that for these initial states a strong suppression of alpha decay will occur and, consequently, the isomeric state will have a long half-life" - explains the scientist, quoted in the press release.

The paper of Polish physicists, published in the journal Physical Review C, was presented during a series of this year`s summer nuclear physics conferences. "We analysed exotic states in the heaviest nuclei with even numbers of protons and neutrons" - says Prof. Janusz Skalski (the National Centre for Nuclear Research). "We described the forbidding mechanism and provided candidates for long-lived nuclear states. Our calculations and estimates indicate that long-lived isomeric states with the structure of simultaneous excitation of two pairs - proton and neutron - should occur in four darmstadtium isotopes. We do not expect such long-lived isomeric configurations in the isotopes of the elements with atomic numbers Z=106, 108 and 112" - he says.

"The predicted alpha decay of two-proton states is highly forbidden for virtually all darmstadtium nuclei" - adds Dr. Piotr Jachimowicz (University of Zielona Góra). "The estimated half-lives of these isomers are hundreds or even thousands of milliseconds, three to five orders of magnitude longer than the half-lives of their ground states" - he says.

The presented result is only a theoretical prediction. But scientists hope that their prediction will be tested experimentally in the near future. "It is quite probable that similar states have already been created in past experiments, but nobody noticed them, because the expected half-lives in those measurements were much shorter" - explains Prof. Kowal. "At present, making the appropriate measurements should pose no major problems. Several laboratories in the world have the capability to do that. Perhaps in a few years it will be possible to conduct such experiments in Warsaw, if a new cyclotron is purchased for the Environmental Heavy Ions Laboratory at the University of Warsaw. If our predictions about the stability of the isomers are confirmed, there will be completely new possibilities for studying the chemistry of super-heavy elements" - he says.