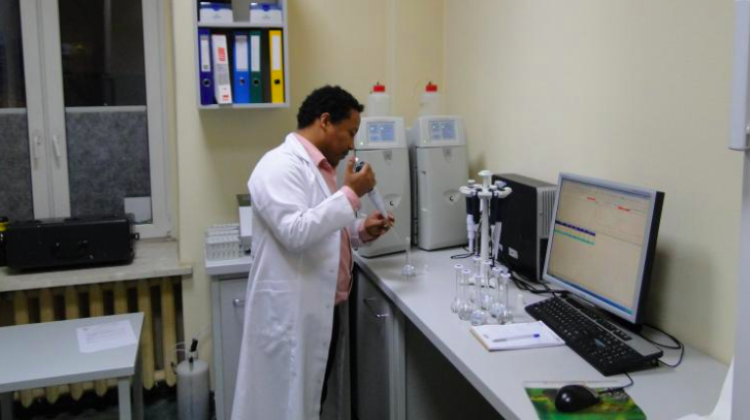 Department of Applied Ecology of the University of Lodz obtained the UNESCO Chair status. Łódź eco-hydrologists have been active on the international arena for many years, training specialists from Africa, Asia, South America and Europe. Their activity has already led to the establishment of the African Regional Centre for Ecohydrology.

Thus, the Department of Applied Ecology of the University of Lodz has become part of the prestigious UNESCO Chairs network, the purpose of which is to support knowledge exchange, academic research, training and inter-university cooperation, and promote academic solidarity in the world, said the University of Lodz spokesman Paweł Śpiechowicz.

The University Twinning and Networking - UNITWIN/UNESCO CHAIRS Programme was launched in 1992. According to data from the beginning of this year, it brings together 711 UNESCO Chairs, of which 140 are devoted to natural sciences. There are 10 such Chairs in Poland.

Obtaining the UNESCO Chair status is a unique international distinction, which puts our department in the prestigious group of units that closely cooperate with this organization, said the head of the Department of Applied Ecology at the University of Lodz, Prof. Maciej Zalewski.

UNESCO Chairs are expected to be innovative in research and education programs, and to co-create the knowledge needed to face current challenges.

Their tasks include acting as advisors in the development of educational, scientific and cultural policies, as well as building cooperation between universities, decision-makers and the public, promoting cultural diversity and gender equality. Currently, an important task of UNESCO Chairs is to contribute to the implementation of the 2030 Agenda for Sustainable Development.

According to researchers, the distinction of the Łódź department was the result of long-term cooperation with the European Regional Centre for Ecohydrology of the Polish Academy of Sciences in Łódź. The cooperation of the two institutions concerns not only the research and development area, but also education and knowledge transfer in the field of ecohydrology in developing countries. The latter was possible in part thanks to the Polish-Aid programme financed by the Polish Ministry of Foreign Affairs.

According to Prof. Zalewski, the program that started almost five years ago has already brought results. Ecohydrological demonstration areas constructed in Ethiopia are widely available to local authorities and local farmers. Organizational foundations were also created for establishing of the African Regional Centre for Ecohydrology under the auspices of UNESCO, opened in 2017. The director of the Centre is Dr. Yohannes Zerihun Negussie, who was an intern in Łódź a decade earlier.

The second area of the Łódź department and the European Regional Centre for Ecohydrology activity is training young staff from other countries in the field of ecohydrology and sustainable management of the aquatic environment.

"A very important part of our activity is not only the development of ecohydrology through conducting research and organizing symposia, but also the transfer of knowledge, training specialists from developing countries. They know the local problems and are able to implement innovative solutions we develop" - said Prof. Zalewski.

During more than 20 years of activity of the Department of Applied Ecology at the University of Lodz, over 30 interns from Africa, Asia, South America and Europe have gained valuablr experience. The results of this activity include not only the establishment of the centre in Africa, but also the opening of Ecohydrology Centres in Portugal in 2009 and two years later in Indonesia.