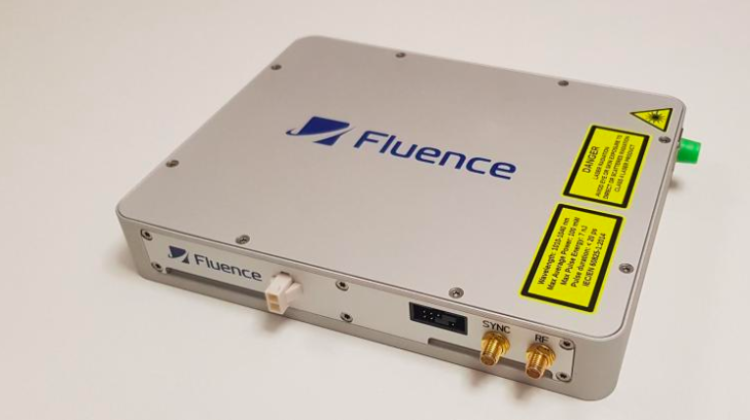 Super-fast and extremely powerful lasers manufactured by a Polish company are used for cutting diamonds, watching chemical reactions, and for eye correction surgery. These lasers use the solutions awarded this year`s Nobel Prize in physics.

In October, the Nobel Committee announced that half of the Nobel Prize in physics would go to Gerard Mourou and Donna Strickland. They researchers were awarded "for creating ultrashort high-intensity laser pulses ". Mourou and Strickland showed how to produce extremely short laser pulses with extremely high power (so-called CPA technique).

Polish scientists have benefited from the Nobel Prize winners` work. In the company Fluence they manufacture the only Polish femtosecond lasers developed so far, improved based on their ideas. "Our lasers are compact, cheaper than the Western lasers and they do not need servicing. Our laser is supposed to be as convenient to use as a laser pointer - when we turn it on, it works. It was unimaginable yet 10 years ago. There were no femtosecond lasers that did not require specialist care" - says Michał Nejbauer, co-founder of Fluence. For the work related to the Polish femtosecond laser, Fluence received a grant worth over PLN 9 million from the National Centre for Research and Development.

Femtosecond lasers are not as simple as lasers used as pointers. Femtosecond laser can produce huge instantaneous power - in some cases even a million times higher than the largest power plant in Poland. And this is possible, because this power is produced for a very, very short time - on the order of a dozen femtoseconds (one second is one million billion femtoseconds).

"We see great application potential for our lasers The largest market is precision laser micromachining" - says Dr. Nejbauer. He explains that when the material is exposed to super-short laser pulses instead of continuous laser light, the damage around the exposed site is virtually non-existent. Matter evaporates rapidly in contact with such immense power. "Thanks to femtosecond lasers, we can cut very difficult materials like ceramics, diamonds, tempered glass - with very high precision in the micro scale" - says the scientist.

But femtosecond lasers can cut not only very hard, but also very delicate materials. That is why they are used in corrective eye surgery. "During corneal surgery, femtosecond laser does much less damage to the tissue that is being cut than other types of laser: it is not only more precise, but the eye also recovers faster" - says Dr. Nejbauer.

Polish lasers are also used in micromachining of materials - including surface structuring. According to Dr. Nejbauer, using laser irradiation alone, you can change the surface properties of a given material, for example obtain hydrophobic or hydrophilic surfaces, or ones that reflect light with given wavelengths. "It`s a new physics. There are things that scientists are still investigating" - notes Dr. Nejbauer.

Researchers also use femtosecond lasers to watch chemical reactions. And those run very, very fast. Thanks to such short laser pulses, these reactions can be watched in the act. This method, called femtosecond spectroscopy, was awarded the Nobel Prize in chemistry in 1999.

"Femtosecond lasers have long been considered sensitive to external conditions, such as vibrations and temperature. They could not find industrial applications for a long time, because their maintenance was too expensive. Small perturbations caused laser failures" - says Dr. Nejbauer. He explains that classical optical elements such as mirrors, crystals and lenses were necessary when creating the first generation of femtosecond lasers. "Our lasers use fully fibre-optic technology, thanks to which the device has less chance of failing. It is a big advantage over previous solutions" - he says.

"Without the solution proposed by the Nobel Prize winners in 1985, it would not be possible to develop our lasers" - sums up the scientist.

The Nobel Prize winners showed how to boost femtosecond pulses without destroying optical elements, despite the fact that the peak power of the device would be very high. This technique is based on stretching the laser pulse in time to reduce its instantaneous power, then amplifying, and finally "squeezing" the pulse to its original duration.