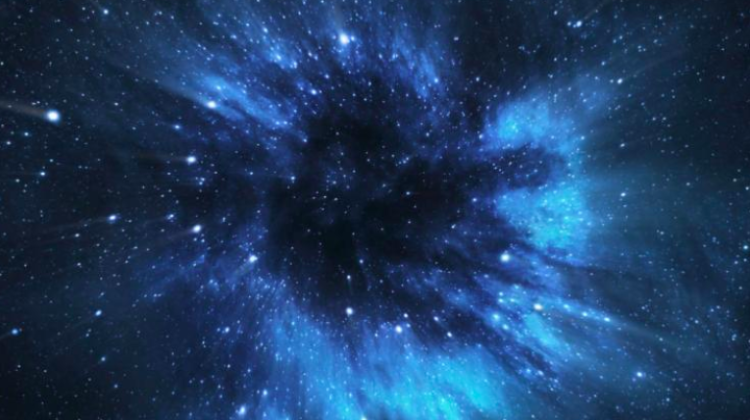 Astrocent, a new astrophysics centre that is being established in Warsaw, will work on sensors and technologies that will be useful in future studies of dark matter and gravitational waves, says astrophysicist Prof. Tomasz Bulik.

Astrocent - the project of Prof. Leszek Roszkowski from the National Centre for Nuclear Research in Świerk and Prof. Tomasz Bulik from the University of Warsaw - received PLN 38 million funding for 5 years in the Foundation for Polish Science competition for International Research Agendas. "This money will finance the development of elementary particle astrophysics in Poland" - explains Prof. Tomasz Bulik.

The particles that the Universe is made of can be studied in various ways. For example, by colliding ordinary particles that make up matter on Earth with each other. Another way is trying to catch the particles or disturbances from space that pass through the Earth. This, among other things, is what the astrophysics of elementary particles deals with. This area of knowledge also includes astronomy of gravitational waves.

To be able to register such specific events that take place in the world of particles, researchers need supersensitive detectors. And to increase the sensitivity of detectors, technologies have to be improved. Developed countries have been investing in this type of research for over two decades. Physicists would not like Poland to lag behind.

Astrocent will employ 30-35 people, outstanding scientists and engineers from around the world, who will develop this area of applied research in Poland.

For example, several teams in Astrocent, including a team led by Prof. Roszkowski, will study dark matter. Professor Roszkowski`s interests include technologies needed for new supersensitive experiments that are currently being intensively developed.

This is an interesting field of knowledge, especially that on the scale of the Universe dark matter is much more common than our familiar tangible matter. "If dark matter is composed of elementary particles, then - we believe - we should be immersed in a soup of such particles. They simply very rarely interact with anything" - says Prof. Tomasz Bulik.

To eliminate as much atmospheric interference as possible, the search for dark matter particles takes place, for example, deep underground. In these experiments, it is planned to use silicon photomultipliers - devices that can detect every single photon. Astrocent will develop technologies of instruments based on such silicon photomultipliers.

New technologies in this area may be of interest to laboratories as such the CTA - Cherenkov Telescope Array - but also to the industry.

In turn, prof. Tomasz Bulik will lead another International Research Agendas team - he will focus on seismic sensors. These sensors are so accurate that they detect seismic vibrations of about a thousandth of a millimetre per second. In just a few years, after the sensitivity of detectors is improved, such slight vibrations of the Earth, but also of air - infrasound - will seriously impede the study of gravitational waves.

Meanwhile, the more accurate detectors we have, the more visible the noise associated with environmental vibrations will be in the measurements. Astrophysicist from the University of Warsaw is working on preventing that noise from interfering with the test results.

"The first project will involve building a network of sensors that would measure the intensity and distribution of infrasound around the gravitational wave detector Virgo in Italy" - the scientist says. Sensors will also be useful during the construction of the Einstein Telescope (ET).

The astrophysicist hopes that his research will also be of interest to the industry. He points out that such supersensitive seismic sensors are used, for example, in the petrochemical industry, when searching for the best places for drilling.

"Our research will allow Poland to develop the industry of modern technologies that can be used in various fields" - concludes Prof. Bulik.

In addition to the groups of Prof. Roszkowski and Prof. Bulik, another four research groups will work at Astrocent. "Finding managers - people at a very high scientific level - might take a while. They do not stand on every corner waiting for someone to offer them a job" - says Prof. Bulik.

According to the scientist, the International Research Agenda will offer researchers competitive salaries compared to the rates offered in Europe. "It is going to be an international institute after all, and a lot of staff will be from abroad. It will allow us to train engineers and new generations of scientists specialising in particle astrophysics in Poland" - says Bulik.

There will be no new buildings for the Astrocent program. The centre rents rooms from the Warsaw University of Technology. The International Research Agenda itself is organizationally part of the Nicolaus Copernicus Astronomical Center PAS. "Initially, the Foundation for Polish Science wanted the Agendas to be new institutes. But experience has shown that this organizational form is very difficult to implement in the Polish legal and scientific system. It is easier to be an autonomous part of an existing organization" - concludes the astrophysicist . The head of Astrocent is Prof. Roszkowski.