Report: Smog claimed the lives of 19 thousand inhabitants of Poland in 2016 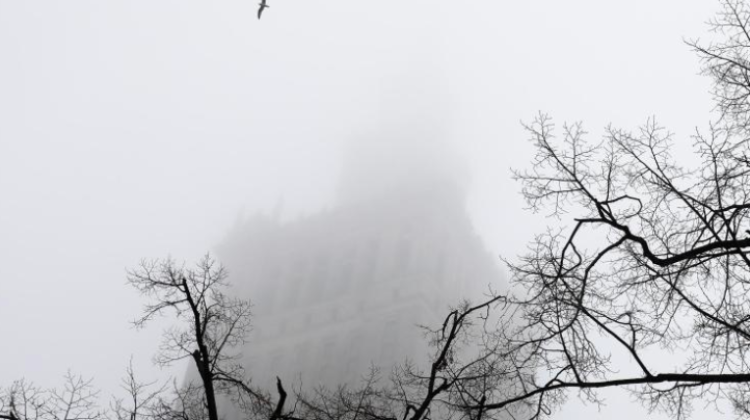 Health and financial costs of near-ground emission smog in Poland reach 30 billion euros per year. In 2016, the smog from this source caused 19,000 deaths of inhabitants of Poland, according to a report prepared for the Ministry of Enterprise and Technology.

This preliminary report shows that near-ground emissions (emissions from sources near the ground, from the municipal and housing sector - PAP) from the fuels we burn in our homes are the main reason for the terrible air quality in Poland - Minister of Enterprise and Technology Jadwiga Emilewicz said during the presentation of the study. "We wanted to calculate the cost of the disastrous air quality. These are not only the internal costs, that is the price of fuel, but also the external ones: what we all pay for the lower quality of life or health costs. Such estimates have never been made" - she stressed.

The report - based on extensive and various information sources - analyses the sources of harmful emissions, estimates the exposure to harmful agents and the population exposed to air pollution. It also contains an assessment of the health effects of exposure to air pollution and an attempt to monetize them. The most important conclusion is the assessment that in 2016 in Poland, 15,000 people in urban areas and almost 4,000 in the countryside died as a result of exposure to air pollution. In total, smog shortened the life of 19 thousand people by 440,000 years. Monetization of these results, depending on the economic method, gives a result from 12.8 to 30 billion euros in the form of external health effects. This includes the medical costs incurred by the patients and their families.

One of the reviewers of the report Prof. Michał Krzyżanowski emphasized that the certainty of the order of magnitude is very high. He also noted that some of the costs known to exist were omitted in these estimates, for example the additional costs borne by the health service due to difficulties with obtaining correct estimates.

Emilewicz presented filters for air quality sensors, which - as she emphasized - showed that a good heater combined with good quality fuels would significantly improve air quality. The synergy of a good heater and fuel allows to obtain good quality air. That is the focus of the government`s activity and the few legislative actions we want to introduce, she emphasized. She reminded that the list of tasks of the Council of Ministers also includes the amendment to the PIT Law, which provides for a thermal modernization tax relief, which - she hopes - will come into force on January 1, 2019.

The Minister reminded that the law intended to eliminate coal wastes from the market was already in force, and the Ministry of Energy was working on a regulation on the quality of solid fuels for that law. The version of the draft regulation presented by the Ministry of Energy for public consultation met with opposition from local governments and environmental organizations. Critics pointed out that the proposed standards would not eliminate coal sludge and flotation concentrate from the market, because they permit the legal sale of their mixtures with better quality coal. On the other hand, Minister Krzysztof Tchórzewski declared that "the provisions of the Regulation (...) meet social expectations and take into account the possibilities of purchasing fuels by the least wealthy households". Minister Emilewicz emphasized that she was in constant contact with the Ministry of Energy and she was convinced that in a few weeks the work on the regulation would be completed and dispel all doubts.

Minister Emilewicz announced that the next stage would be the ZONE project (integrated support system for near-ground emission policies and programs), which the Ministry of Enterprise and Technology could carry out together with National Centre for Research and Development and other institutions, including the Polish Smog Alert. This includes not only better monitoring, but also the assessment of the number of houses requiring modernization in order to estimate the cost of air quality improvement, she pointed out. We also want to carry out the first lung tests on a population of 25,000 people living in 9 cities with air quality significantly below standards, added Emilewicz.