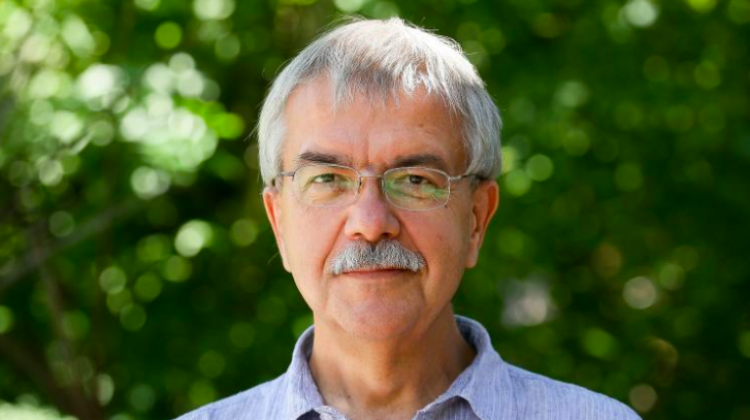 Professor Andrzej Udalski from the Astronomical Observatory of the University of Warsaw is this year`s recipient of the most important award in the field of astronomy and astrophysics in Germany, the Karl Schwarzschild Medal awarded by the German Astronomische Gesellschaft.

Prof, Andrzej Udalski was honoured for his pioneering contribution to the development of a new field of astrophysical research: Time Domain Astronomy, which studies the variability of brightness and other parameters of the objects in the Universe at different time scales.

The society founded in 1863 is one of the oldest in the world, and the Karl Schwarzschild Medal has been awarded for 60 years. Information on the award was announced during the Members Assembly of the German Astronomical Society during the Congress of the International Astronomical Union in Vienna. The official presentation of the Medal combined with the laureate`s lecture will take place next year during the German astronomers congress in Stuttgart.

"Andrzej Udalski has significantly contributed to almost all areas of astronomy. For over 25 years he has been running the OGLE project, since its inception one of the largest surveys of sky variability and a laboratory of pioneering research in the field of +time domain astronomy+" - commented President of the German Astronomical Society, Prof. Joachim Wambsganss.

In his projects, Prof. Udalski studied extrasolar planets thanks to the effect of gravitational microlensing. He is also interested in methods of transits and studies of variable stars of various types. The scientist also obtained important new information on the structure of the Milky Way and galaxies from the Local Group and quasars.

Prof. Udalski`s and the OGLE team`s research significantly affects many areas of modern astrophysics. The laureate of the Karl Schwarzschild Medal not only supervised the observations and data analysis and interpretation, but also designed the OGLE project observation system and built wide-angle cameras for its individual phases.

Currently, the OGLE project uses a CCD mosaic camera composed of 32 detectors. It is one of the largest scientific instruments of this type in the world. Professor Udalski`s work also includes real-time data analysis in combination with an early-warning system, which enables other observers around the world to quickly react to unexpected astronomical events.

Professor Andrzej Udalski is a full member of the Polish Academy of Sciences, a member of the Polish Academy of Learning and since 2012 also a foreign member of the American National Academy of Sciences. He received many prestigious scientific awards during his academic work, recently the Tycho Brahe 2018 prize awarded by the European Astronomical Society (EAS) and the Dan David Prize 2017 awarded by the Dan David Foundation and the University of Tel Aviv. In 2002, he received the Foundation for Polish Science Prize, and in 2009 the prestigious European Research Council grant ERC-IDEAS for experienced researchers.